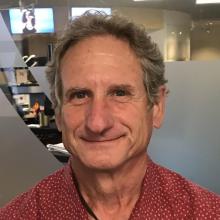 Ron Dungan has lived in Arizona for more than 35 years. He has worked as a reporter, construction worker, copy editor, designer and freelance writer. He's a graduate of the University of Iowa, where he was a member of the undergraduate Writers’ Workshop, and has a master’s in history from Arizona State University.

Dungan was an outdoors reporter and member of the storyteller team at the Arizona Republic, where he won several awards, and was a contributor on a border project that won the 2018 Pulitzer for explanatory reporting.

When not working, Dungan enjoys books, gardening, hanging out with his German shorthaired pointer, backpacking and fly-fishing. He's a fan of the Arizona Cardinals and Iowa Hawkeyes.