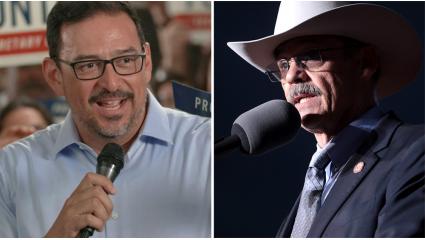 During debate with Fontes, Finchem claims 2020 election was 'irredeemably compromised'

Mark Finchem, the Republican candidate for Arizona secretary of state, claimed the 2020 election was “irredeemably compromised” when asked to account for his belief that former President Trump won the popular vote in Arizona two years ago.
→ More Arizona politics news 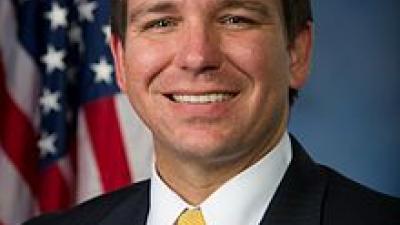 A Texas sheriff has opened a criminal investigation into the transport of migrants to Martha's Vineyard. And a group of migrants who were put on the flights are filing a lawsuit against Florida Gov. Ron DeSantis.

Working for the railroad is like an abusive relationship, union leader says 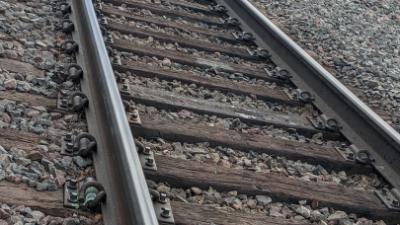 The White House has brokered a deal to avoid a potential railroad strike, but approval from unions is still pending. Meanwhile, Greg Hynes of SMART still hopes labor unions and railroad workers can reach an agreement without government intervention.

A Border Patrol agent isn't facing charges over a migrant's killing. What this says about immigration

Earlier this year, Mexican migrant Carmelo Cruz Marcos was shot and killed by U.S. Border Patrol Agent Kendrek Staheli. A couple of weeks ago, the Cochise County Attorney’s Office decided it wouldn’t bring any charges against agent Staheli.
May 25, 2022

A 2017 law that makes it a crime to pay people for each signature they collect to qualify voter initiatives for the ballot violates the First Amendment and the first criminal case filed using the law must be dismissed, the Arizona Court of Appeals ruled Tuesday.
May 25, 2022

Whether it’s because of the spike in gas prices, the recent chip shortage, or growing enthusiasm for alternative energy use, Congress is considering legislation that would update a 150-year-old mining law.
May 24, 2022

Arizona's 2021 redrawing of district lines saw a last-minute adjustment that put a substantial number of white, Republican-leaning voters into districts previously dominated by Native American communities. The result could be the dilution of the Native American vote in districts that used to be Democratic strongholds.
May 24, 2022

Sen. Mark Kelly in Yuma responds to ruling that Title 42 must continue

U.S. Sen. Mark Kelly was in Yuma Friday where he met with local elected officials and law enforcement leaders to discuss the high number of migrants arriving at the border.
May 24, 2022

According to an national analysis conducted by the New York Times, 81% of all GOP state lawmakers — that’s Arizona’s state representatives and senators — used the influence and authority of their office in attempts to cast doubt on the election results, or in some cases, tried to overturn the state’s election results.
→ More Arizona politics news
May 23, 2022

A federal judge has blocked the Biden administration from ending Title 42, which was scheduled to end May 23.
May 23, 2022

The Arizona Senate is scheduled to take up more election-related bills May 23, and the chamber’s ethics committee is expected to meet this week to consider two complaints.
May 23, 2022

A U.S. District Court judge is allowing a lawsuit to move forward that challenges a law that would remove some people from the permanent early voting list. That’s partly due to statements from an Arizona lawmaker.
May 23, 2022

The former U.S. ambassador to Ukraine was in Phoenix late last week, speaking at a dinner program hosted by the Phoenix Committee on Foreign Relations. Marie Yovanovitch followed up the appearance with a discussion about the war in Ukraine on PBS's “Arizona Horizon.”
May 23, 2022

Virginia “Ginni” Thomas, wife of Supreme Court Justice Clarence Thomas and a conservative political activist, urged Republican lawmakers in Arizona after the 2020 presidential election to choose their own slate of electors, arguing that results giving Joe Biden a victory in the state were marred by fraud.
May 20, 2022

NewsCap: What can AZ Senate do about Rogers?

To discuss the latest ethics investigation into Sen. Wendy Rogers, a last-minute petition to protect abortion rights and more, The Show spoke with Chad Campbell of Strategies 360 and Marcus Dell’Artino of First Strategic.
May 20, 2022

The 9th U.S. Circuit Court of Appeals has ruled that Arizona has a legal right to challenge part of the federal COVID-19 relief package that forbids using part of the money to offset tax cuts.
May 20, 2022

Biden forest plan stirs dispute over what counts as 'old'

President Joe Biden’s order to protect the nation’s oldest woodlands is raising a simple but vexing question: When does a forest grow old?
May 20, 2022

Republican Sen. TJ Shope filed an ethics complaint against a fellow lawmaker who’s avoided the state Capitol out of concern for the health of his newborn daughter.
→ More Arizona politics news
May 19, 2022

After losing a bid to end early voting by going straight to the state Supreme Court, the Arizona Republican party has started a similar suit before a trial judge.
May 19, 2022

A bill is on Gov. Doug Ducey’s desk to make it a felony to allow someone to register to vote and cast a ballot on Election Day.
May 19, 2022

A proposal apparently headed to the November ballot would have voters in rural southeastern Arizona decide whether to create a new regulatory district to manage groundwater use for agriculture in an area where aquifer levels have dropped in recent years.
May 19, 2022

State Rep. Walt Blackman publicly declared that the people of the northern Arizona legislative district he shares with Sen. Wendy Rogers don't agree with the Twitter post she made this past weekend about the murder of 10 people in Buffalo by a white supremacist.
May 19, 2022