Skip to main content
If you are having problems listening, please visit our help page or contact us via our broadcast/streaming issues form.

In the metro Phoenix area, listen to KJZZ in your car or on your portable radio - turn your dial to 91.5 FM. 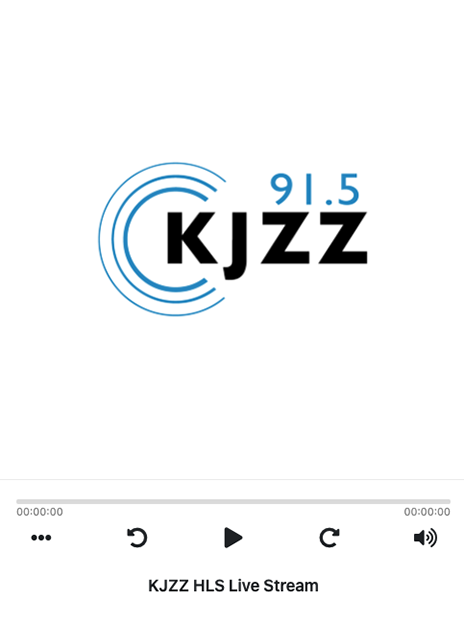 Listen to our live KJZZ audio stream on your Amazon Echo and Echo Dot via the Alexa voice assistant. Simply add the KJZZ Alexa skill to your device, then say "Alexa, play KJZZ" (pronounced kay-jay-zee-zee). To pause or stop, say "Alexa, pause" or "Alexa stop".

With one-touch listening, you can tune in to KJZZ Phoenix on your iOS or Android device.

You can also enjoy live programming from KJZZ on both the NPR News and NPR One mobile apps.

Access our online audio player by clicking the orange "Listen Live" button at the top right of the KJZZ website.

KJZZ is also available through the TuneIn radio website as well as the TuneIn mobile app, available via both the Apple App Store and Google Play.

For use with VLC media player, Winamp, Windows Media Player or web browsers:

Note: KJZZ and associated organizations are not promoting or recommending the use of any particular software and do not assume any liability for your downloading, installing and using any of the example listed players. Downloading, installation and use of those example players listed is at your own discretion. Be careful what you download!

KJZZ is available for streaming via internet radios - devices which connect to the internet to stream radio stations. In most cases, these radio manufacturers partner with internet radio companies, which maintain databases of radio station stream URLs for connection through their device. Some popular radio brands are Grace Digital, C. Crane, and Bose.