What kind of an artist becomes a marketing whiz who transfers much of his work to glassware, magnets and more?

What kind of an artist carries thousands of dollars in a paper bag when he goes to a car dealership to buy at least one new automobile?

Turns out it’s the same kind of artist who sets fire to more than $1 million worth of his paintings as a way of protesting U.S. inheritance taxes. 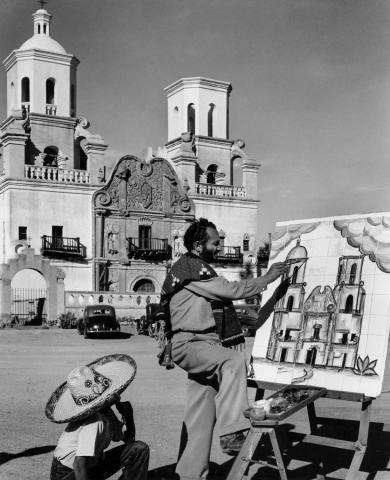 He's one of Arizona’s most well-known artists, Ted DeGrazia, who would have turned 110 this year. DeGrazia’s work and stories about him are featured in the June issue of Arizona Highways Magazine.

To talk about him and the issue, Robert Stieve, Arizona Highways’ editor-in-chief, joined The Show.