'Speech All Gone,' But Language Expert Soldiers On 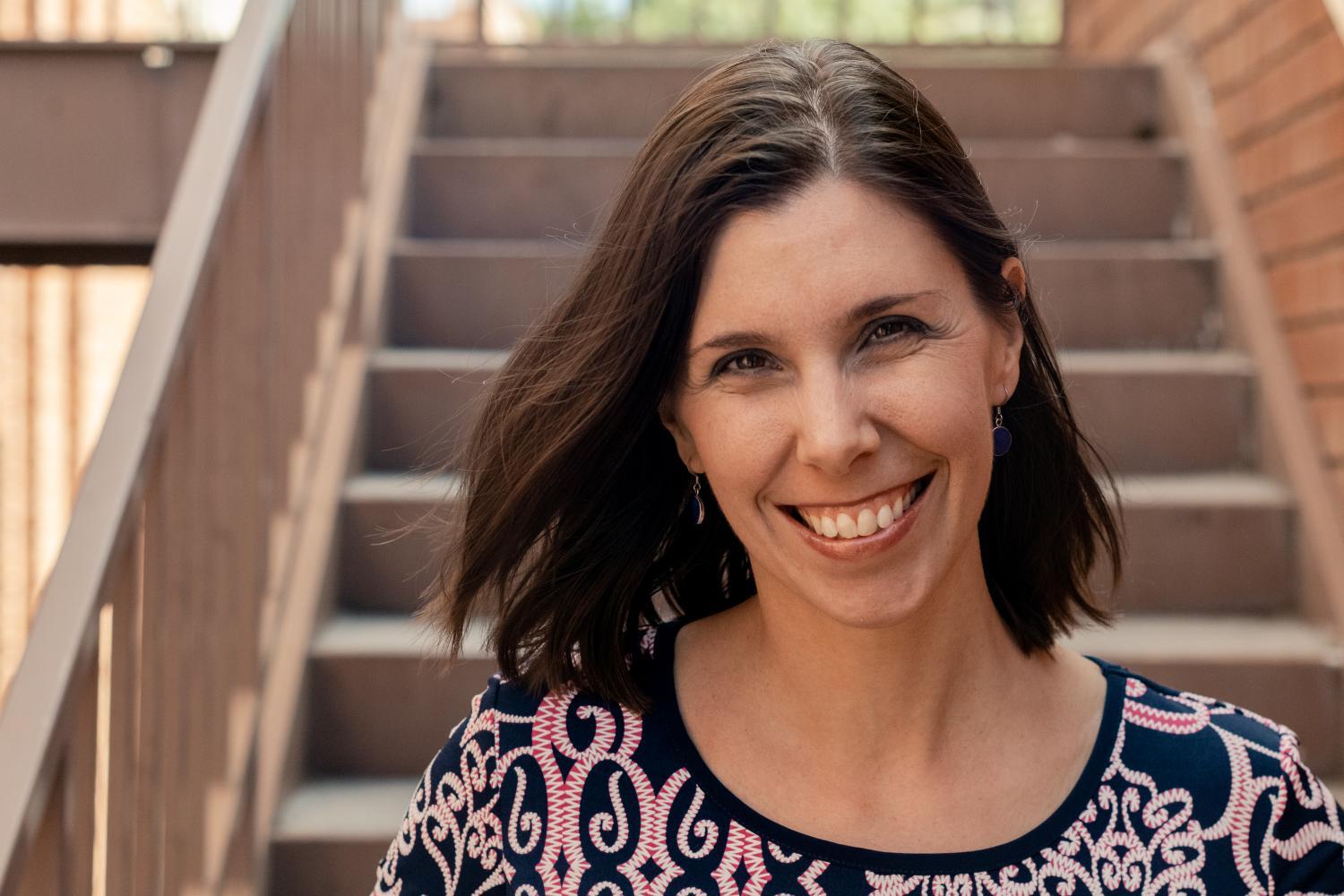 LAUREN GILGER: Felisa Hervey's whole life was about language, until she lost it. In our next story you'll hear from her as well as her rehabilitation therapist, Jacque Penunuri, who helps her with her speech. Hervey spoke six languages - she was fluent in English and Spanish and spoke some Kazakh, Russian and Arabic. But it was the Persian dialect Dari that she fell in love with when she lived in Afghanistan as a young volunteer and then servicemember during the war there in the years after 9/11. She mastered it and quickly became a one-woman American cultural envoy in that country. Here's Penunuri.

GILGER: Gen. H.R. McMaster called her presence in Afghanistan "extraordinary" for her task force, and Col. Tim Kirk said she was their "secret weapon," according to the University of Arizona. People recognized her everywhere as she became the face of the American ideals the military was trying to sell to the Afghan people. Her mastery of the language in that role was key, and it remained key as she moved onto the next phase of her life as she pursued her doctoral degree in Middle Eastern literature at the University of Arizona. Her focus was on Afghan women's poetry.

FELISA HERVEY: I love Kabul and Afghanistan and poetry so rich and ancient, ancient poetry. 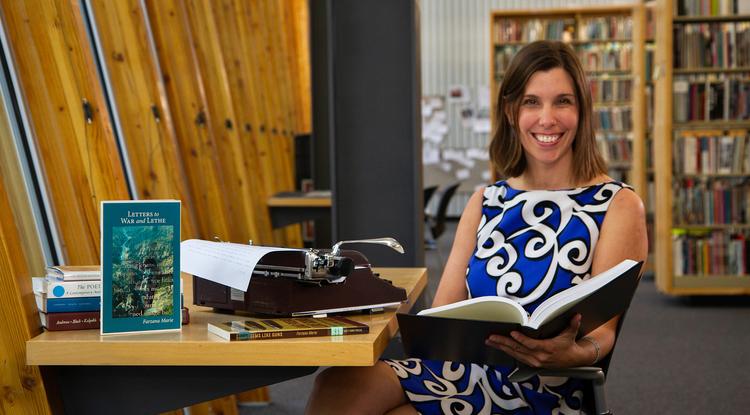 GILGER: She was 80 percent finished with that degree when her whole world stopped. Now she has a disability called aphasia that has stolen language from her - all six of them.

GILGER: After the stroke, she couldn't read, she couldn't write. Even today, three years later, she has trouble speaking - sounding out words and, often allowing Penunuri to speak for her. That's why it was all the more impressive that she wanted to sit down with me for an interview.

PENUNURI: She's had to basically relearn how to speak, how to read and how to write. And through this effort she; I don't know what would you say that it kind of just threw you on a whole different path from where you were because your whole life ...

HERVEY: Shattered. So relearn all and grief, right? Yeah. And loss.

GILGER: You were fluent in so many languages, your career was about speaking other languages, right? And then you were in the middle of this dissertation about Afghan women's poetry in another language. I can imagine all of those things applied. How do you keep going? How did you manage to finish this?

HERVEY: Well, hard work and stubborn. And with help I did it. Yeah, triumphed. 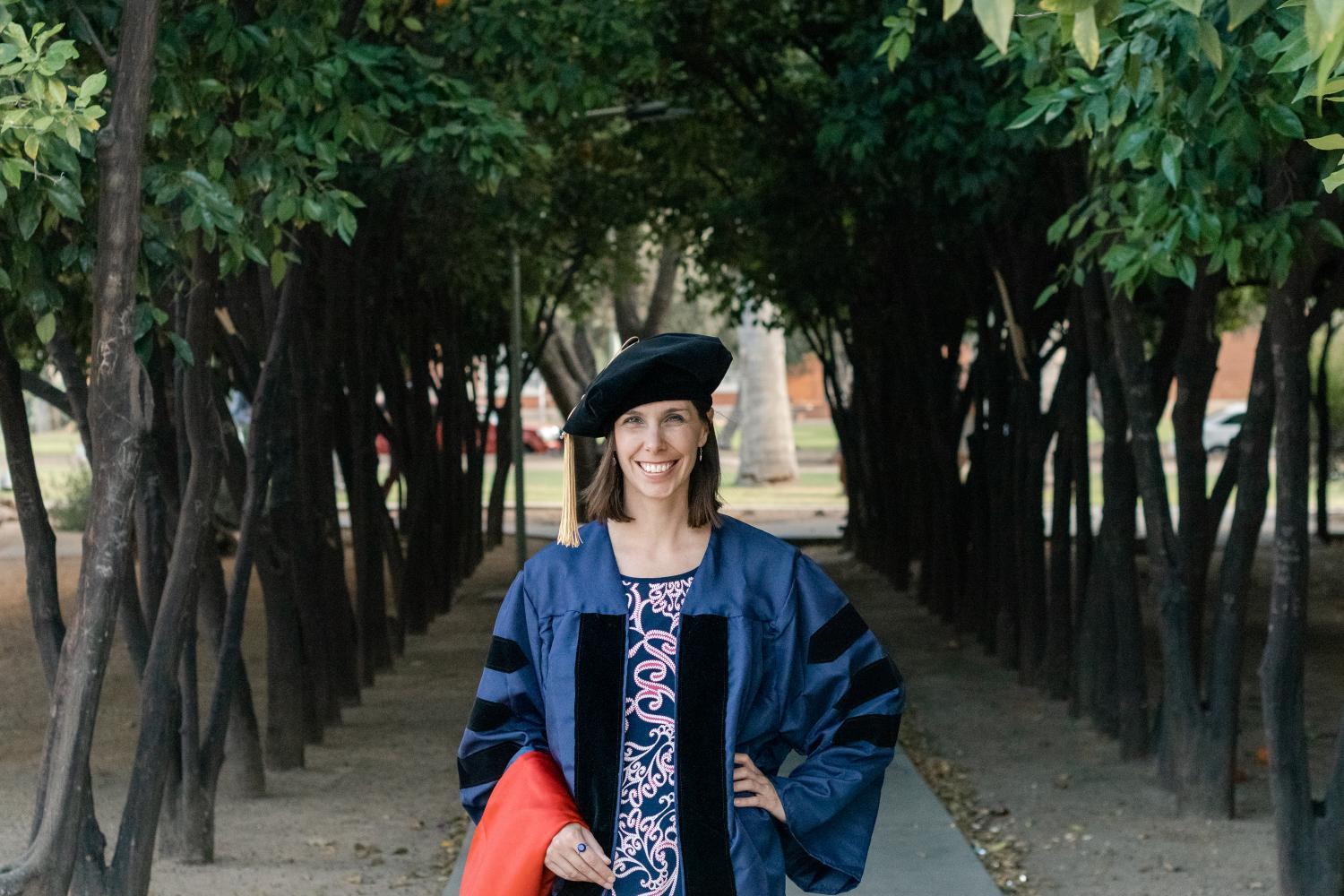 Eric Hervey
Felisa Hervey graduating from the University of Arizona.

HERVEY: Well, fighting every day. So give up? No. Fighting. And please, poem?

PENUNURI: She wants to know if she can read a poem that she wrote about aphasia.

GILGER: Where do you find the strength to keep going through this?

HERVEY: Well I have to. I mean, die? No. Keep on living. I so hard to explain but I am hopeful because of the brain's neuro plasticity ...

HERVEY: Ability to rewire and ...

GILGER: Sounds very hopeful. Felisa Hervey thank you so much for joining us.