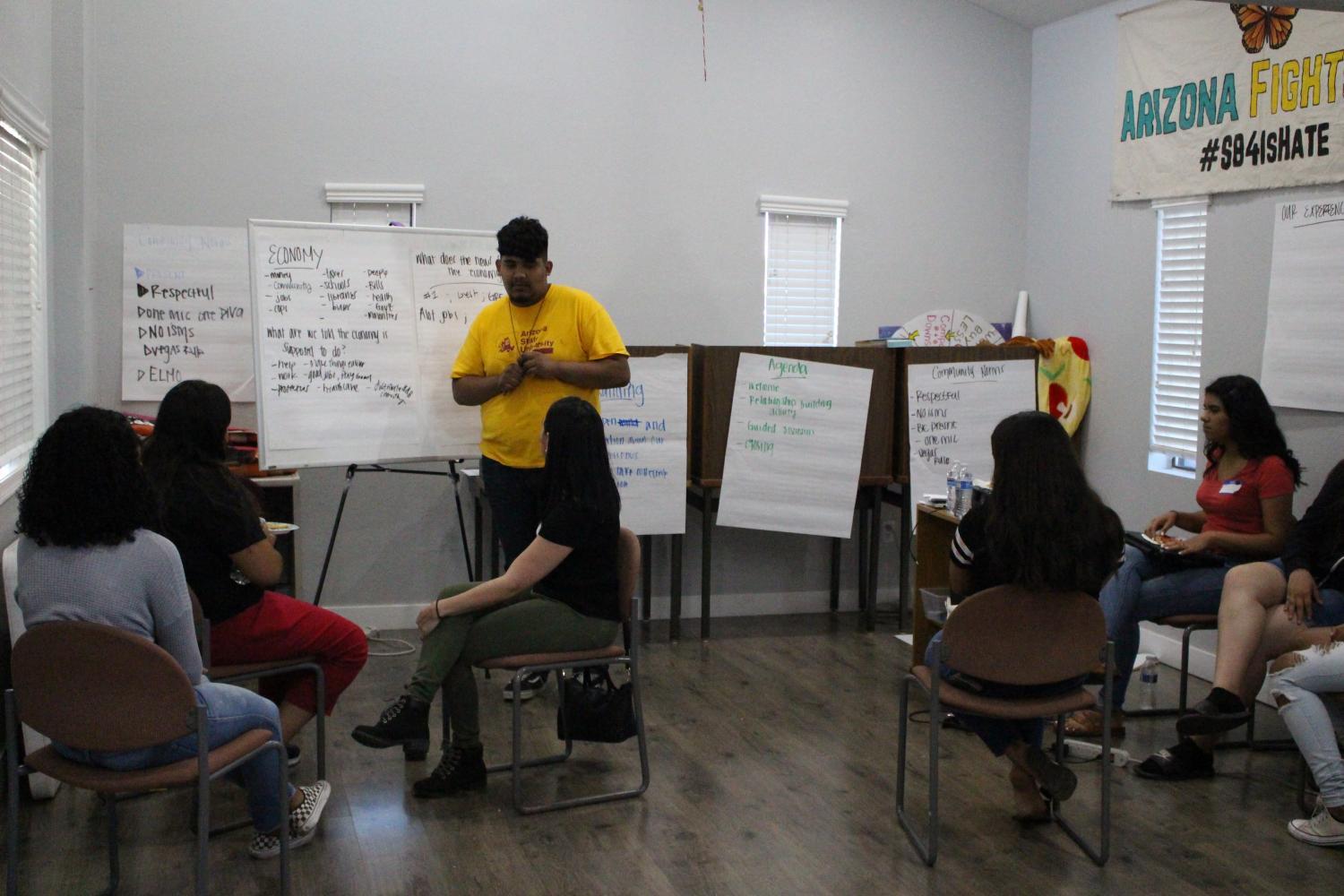 Bret Jaspers/KJZZ
Alexis Delgado Garcia leads a LUCHA Listens session in late May. LUCHA is an activist group that reaches out to Latino communities.

Arizona Democrats’ success in 2018 has at least some connection to 2010, the year Senate Bill 1070 passed, the infamous Show Me Your Papers law.

Alejandra Gomez of the activist group LUCHA remembers when she found out the law was going to happen.

“It was about a week before Jan Brewer signed,” she recalled. “And so a group of us volunteers came together and we said, ‘what is it that we’re gonna do about this?’ So we decided to hold a vigil outside of the state Capitol.”

Gomez said the vigil lasted over a hundred days. But they did more than protest.

“We were out registering voters across Maricopa County. And that election cycle we were able to register 13,000 people to vote," she said.

Bit by bit, some elections started to go their way. A recall of state Sen. Russell Pearce, the architect of SB 1070, in 2011. Then a minimum wage increase in 2016, along with ousting former Maricopa County Sheriff Joe Arpaio. 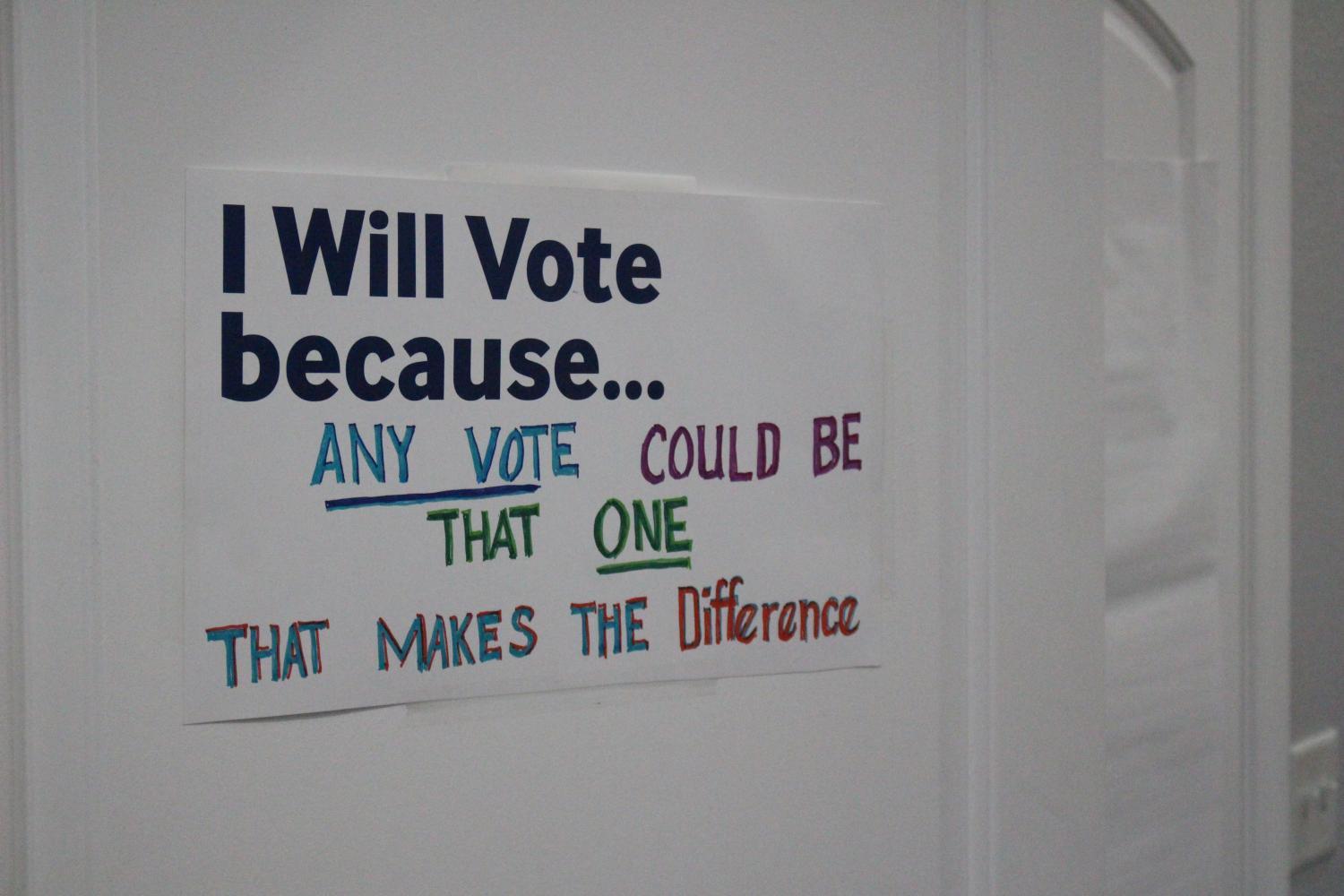 Bret Jaspers/KJZZ
In late May, LUCHA hosted an event called LUCHA Listens, part of a series of informal meetings to talk about community and the economy.

Gomez said they never stopped organizing. They wanted to be able to ramp up quickly for a campaign, because low engagement had consequences.

“Racial profiling SB 1070 was a result of the lack of engagement of Latino communities, ” she said.

The Latino coalition MiAZ said in 2018, it knocked on about a million doors. MiAZ also contacted voters via text message and through online bilingual ads.

The work seems to have paid off.

The reason for the surge may be more than just organizing; it could be due to more Arizona Latinos turning 18.

The polling firm Latino Decisions released its own analysis, which said Latinos were much more likely to vote for Democrats than they were in 2014. Co-founder Matt Barreto said that put now-Sen. Kyrsten Sinema over the top.

“There’s no question that the growth in the Democratic vote change for Latinos was responsible for that,” Barreto said on a conference call in April.

While improved, the Latino 2018 turnout rate was still much lower than for white voters in Arizona. The various campaigns aren’t reaching everyone.

“There’s lots of successes, and the places where the contact and the mobilization happened, it seemed like it translated into votes,” Barreto said. “But there was still a lot of money that either came in late or that never came in at all that could’ve been converted to even more contact.” 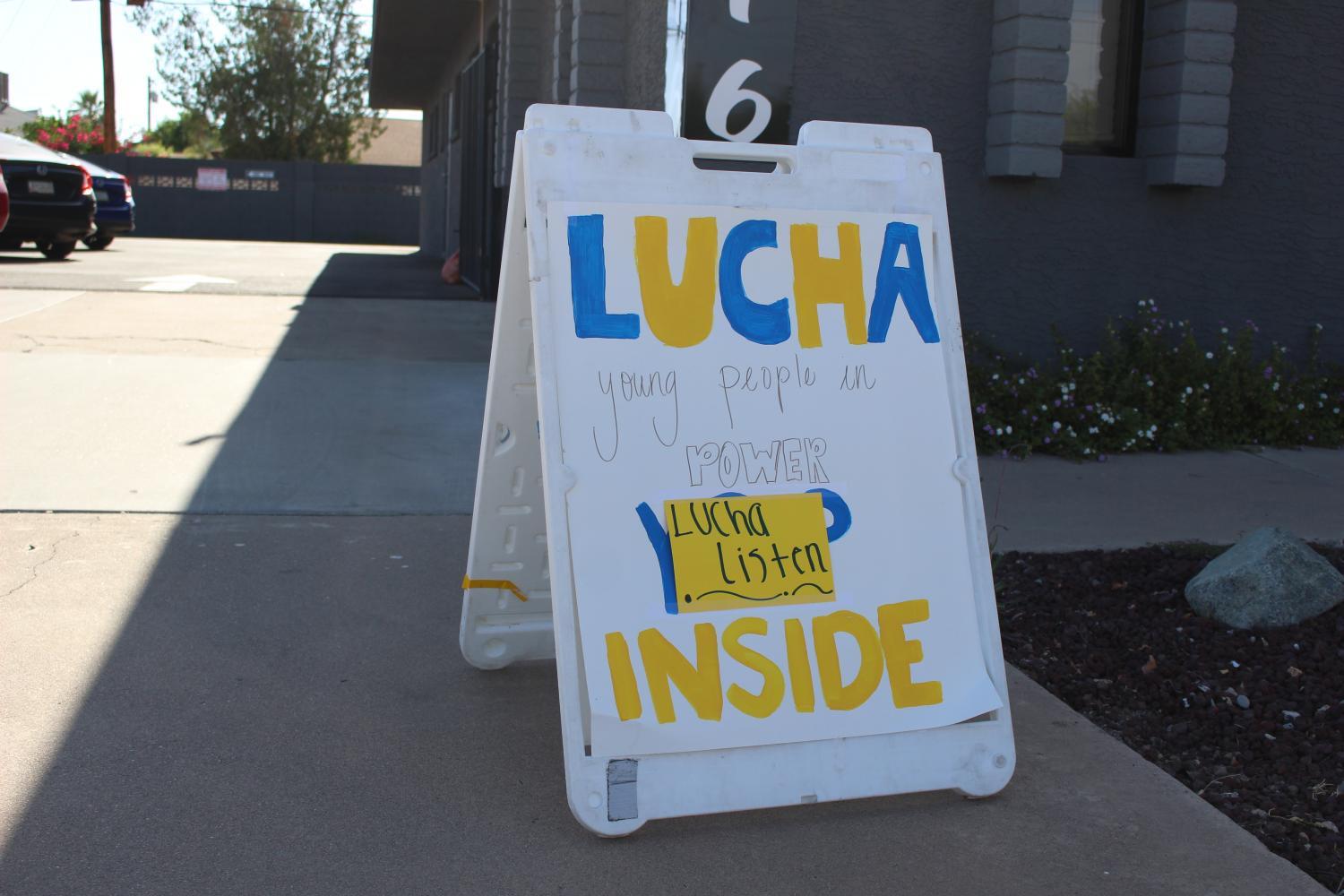 Bret Jaspers/KJZZ
“Seeing young people going all around, [that] helps me as a parent motivate myself to say, you know what? I’m going to go and help out,” said Claudia Ramos, who attended a LUCHA Listens event.

Money could explain some of the gap between Sinema’s victory and the loss of fellow Democrat David Garcia, who ran for governor.

Alejandra Gomez with LUCHA wants more and earlier coordination among Arizona political groups, as well as more institutional money for Latino candidates from the state and national Democratic parties.

Luis Ávila worked for MiAZ as an adviser to Latino groups. He would’ve liked more help from the political class but is bullish on the grassroots work.

“These voters actually are going to continue participating if we continue doing the same,” he said. “If we continue talking to them outside of only the electoral cycle, and we continue to talk to them about how civic participation works in the country.”

In late May, LUCHA hosted an event called LUCHA Listens, part of a series of informal meetings to talk about community and the economy. Attendees were mostly teens and young adults, both regulars and new faces. The group listed out problems they saw in their communities, like access to transportation and low wages. They then brainstormed ways to make things better.

Claudia Ramos, at LUCHA for the second time, started coming to support her daughter. Ramos has never been involved in elections before but plans to change that.

“I’m not able to vote,” said Ramos, who is not a citizen. “But I’m going to go and help those ones who can vote and don’t vote.” She specifically mentioned her neighbors, although she first wanted to improve communication within her neighborhood before bringing up the subject of voting.

“Seeing young people going all around, [that] helps me as a parent motivate myself to say, you know what? I’m going to go and help out,” Ramos said.

Neighbor and family bonds are important in boosting turnout. So is follow-up.

“Our organizers will follow up with [the] folks that came in,” said Gina Mendez, a senior organizer with LUCHA. “And then from there will create a plan with them [to see how] they can be involved in organizations like ours.”

And that way, groups like LUCHA hope to continue Latinos’ steady march toward electoral power in Arizona.