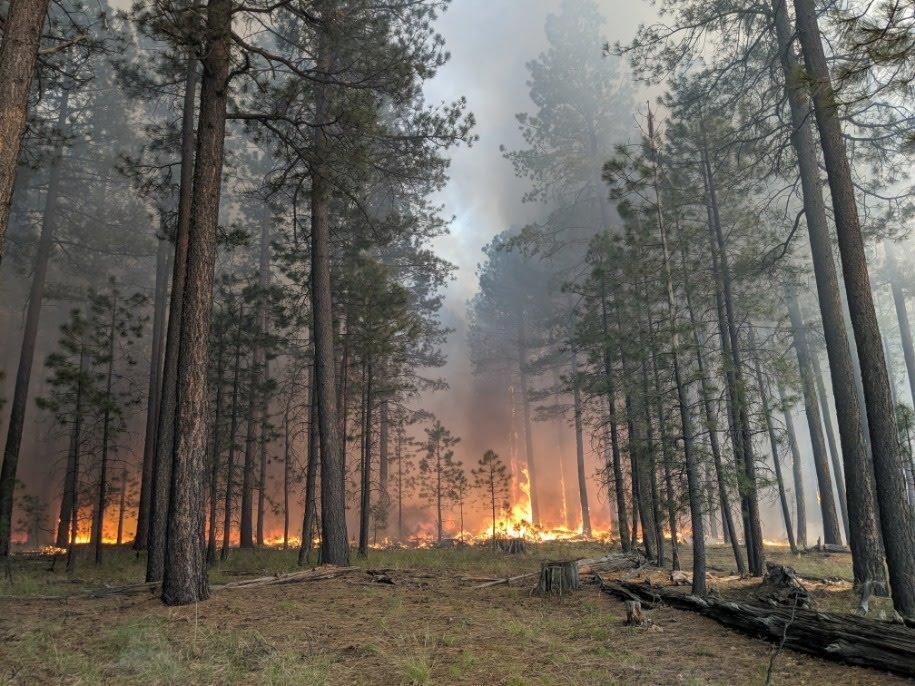 The Coldwater Fire in east-central Arizona has spread over 6,100 acres and is 15% contained.

One lane is closed on State Route 87, and an ADOT pilot car is on scene directing traffic. Spokeswoman Brandalyn Vonk said there is heavy smoke in the area, and the highway will be significantly backed up.

“Public that’s traveling through the area we ask that they use caution; they could expect delays up to an hour, maybe even longer it just depends on what the needs of the firefighters are at that time," Vonk said.

The fire was caused by lightning on May 30, but Vonk said officials had been planning to do a prescribed burn in the area anyway.