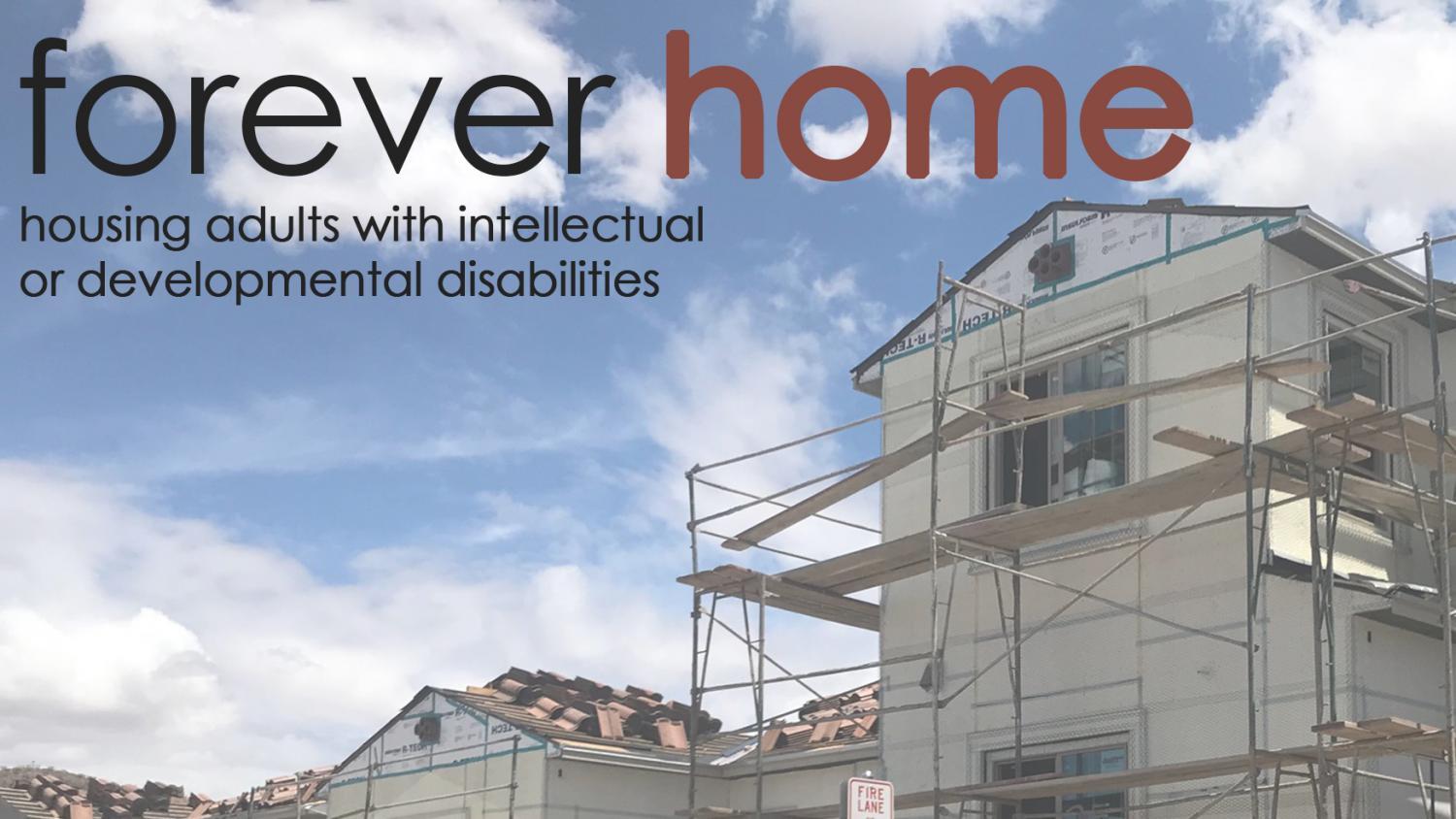 As young adults with intellectual and developmental disabilities age, their parents not only confront their own mortality but also the question, what will happen to my child? Well, some parents are kicking convention to the curb to create their child’s forever home.

Denise Resnik is the founder, president and CEO of First Place, it’s a new concept of apartment-style living, an she's hosting First Place's fifth semi-annual global leadership symposium. "This week, we have 30 people from 10 states and six from abroad."

First Place is new model of housing, and the people who live here are men and women with intellectual and developmental disabilities or IDD, including Resnik’s own son, Matt, who has autism. Just after Matt’s first birthday, he stopped responding to his name. He was about 2 when he was diagnosed. 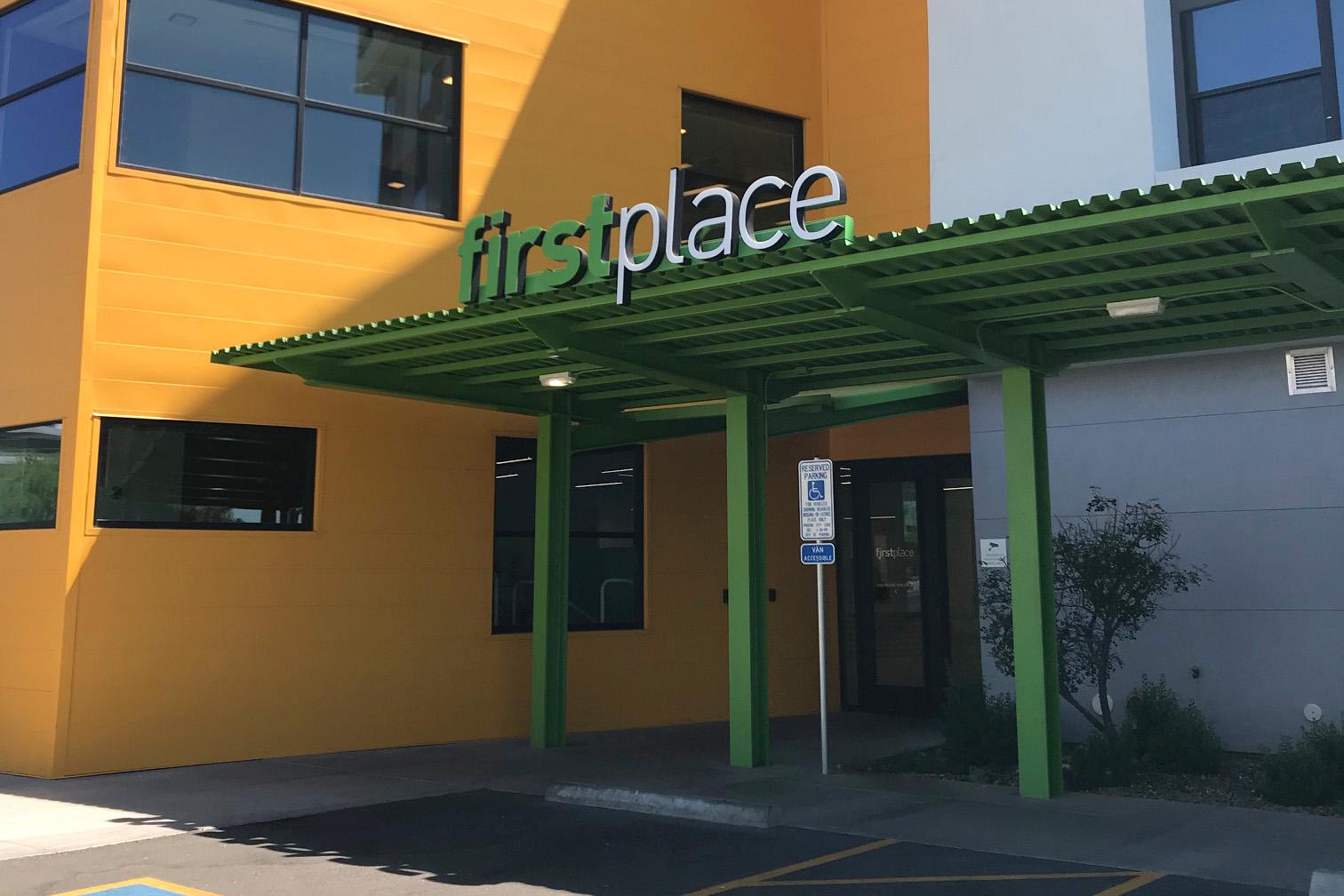 Kathy Ritchie/KJZZ
First Place, an apartment community for adults with intellectual and developmental disabilities in Phoenix.

"And I feared where he might live because at that time after his diagnosis we were told to love, accept and plan to institutionalize him — and going to those institutions, it made my skin crawl," she said.

Resnik wanted something very different for Matt. Her background was in real estate. So she got to work. She and her partners evaluated more than 100 options and while they didn’t find “the one,” they came up with goals and ideas.

"So First Place was created to be innovative and disruptive," she said. "Because we’re talking about an unprecedented number of children with autism entering adulthood this decade." 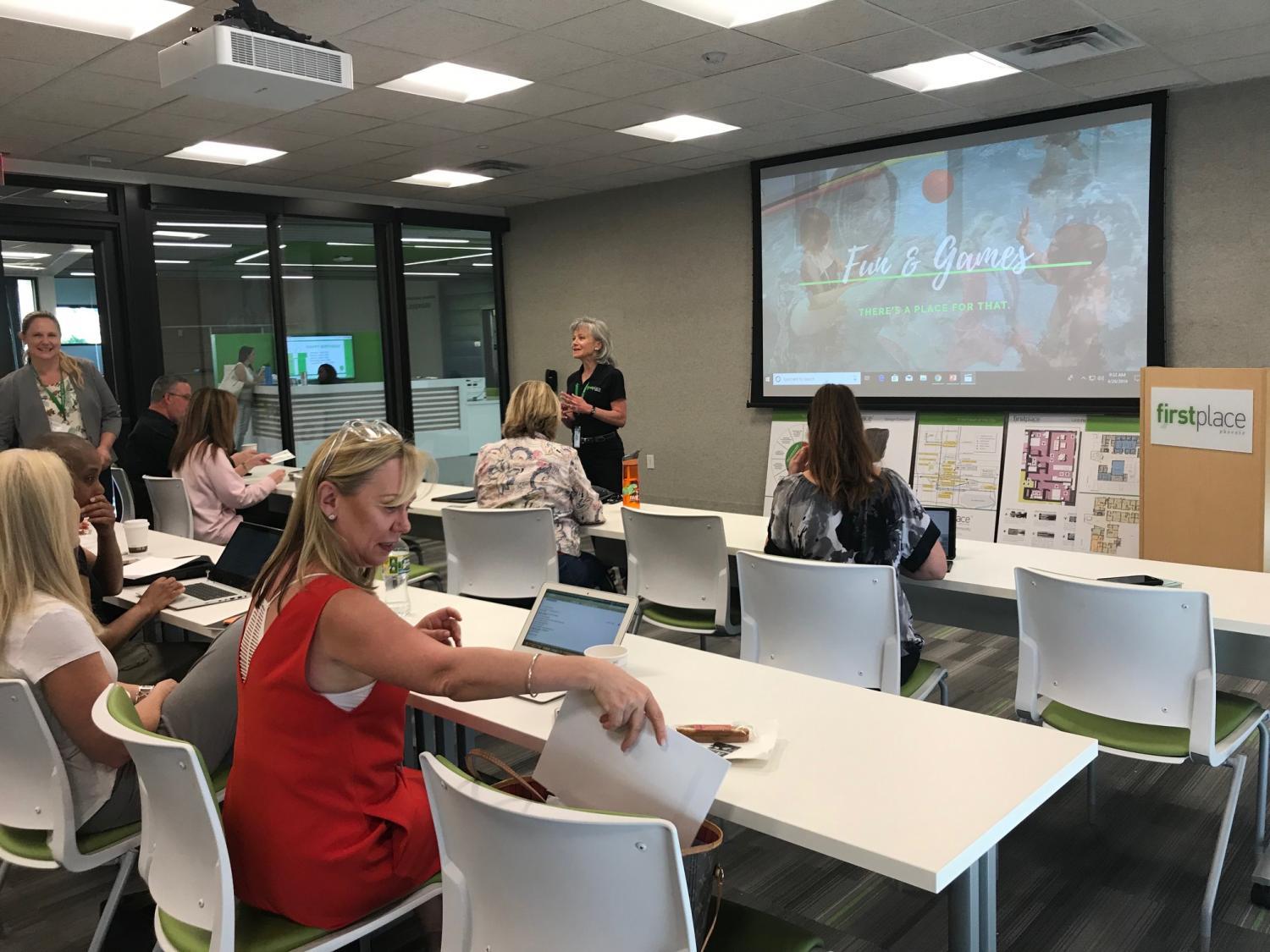 And that’s one reason why Karen Fluharty is here from New Jersey.

Fluharty is also the founder of an organization called Parents with a Plan, which aims to bring supportive housing options like First Place to New Jersey.

"Part of the challenge of being a parent with child on the spectrum, is what happens after 21 and candidly all of the support systems from the government or the school system, those fall off a cliff," she explained.

And that’s just what First Place offers: independence — residents can live in their own rental apartment, with or without roommates —  lifelong learning and volunteer opportunities, work, and relationships. Life on their own terms. It’s why Resnik hosts these symposiums.

"And to learn from each other, too," she explained. "As pioneers and future collaborators of how we can go farther together, and really fueling a new wave of real estate and a new marketplace." Even beyond our own borders. Dr. Rose-Mary Boustany is from Beirut, Lebanon. She helped create OpenMinds, an organization that supports children with disabilities.

"We are going to build a place of living, life, education, ability to work, which is just 25 minutes from the capital Beirut," she explained. "And we’ve come here to attend this conference to see different models of how to do this." 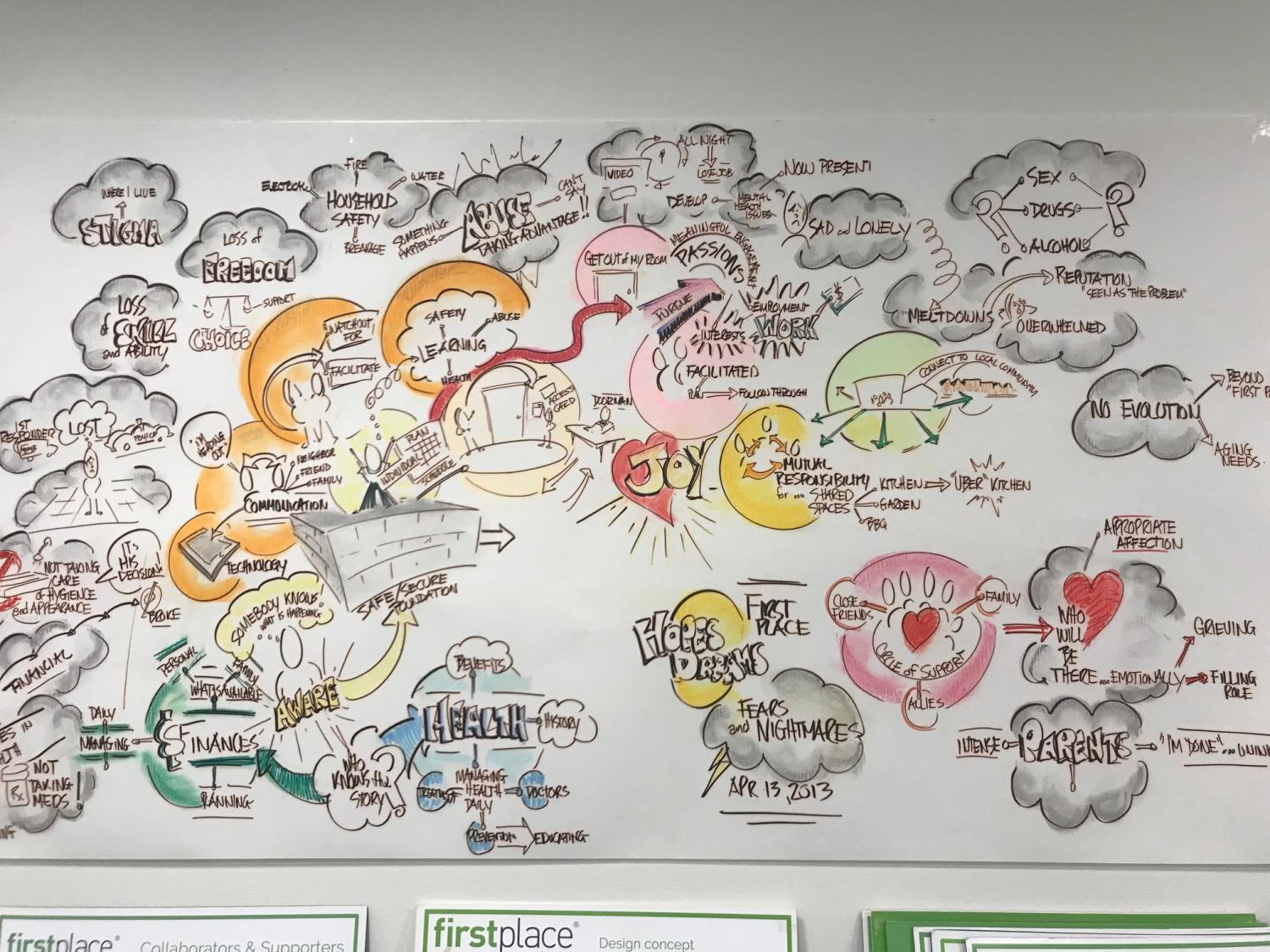 Kathy Ritchie/KJZZ
Denise Resnik and other families hosted a round table event where participants were asked to draw their hopes and fears. In creating First Place, these illustrations were taken into consideration.

The Centers for Disease Control estimates that 1 in 59 children is diagnosed with autism spectrum disorder — a figure that appears to be on the rise. And according to the organization Autism Speaks, many parents are already dealing with waiting lists for services and  housing. And like Resnik said earlier, this population is coming of age — and parents won’t always be around.

But what about siblings? Almost everyone in this series said they did not want their child to be a burden to their other sibling. Even in a supportive community like First Place, many residents still need some support, so who will care for them?

Resnik is clear on that: "And that’s the community, and the only way you can build a community is to make sure that people get to know your loved one," she said. "Really, the best definition of community are the number of people you don’t pay to care about you."

According to Arizona’s Department of Economic Security, there are 42,000 people with IDD who are receiving services such as housing. Mike Trailor is the director of DES and is a proponent of these supportive housing solutions.

"The general services we provide, I think are effective," Trailor said. "There are people with greater needs that I think we’ve in some cases failed to meet their needs, and these more innovative approaches are filling that gap."

Trailor says the state is looking at ways to continue supporting the development of these types of communities. But for now, cost will likely remain a barrier for many families. These places are typically private pay, and it can cost a few thousand dollars a month.

And that worries some disabilities advocates who say this could create a system of haves and have-nots.

It’s a Tuesday morning in early May and the clubhouse at Luna Azul in north Phoenix looks less like a construction zone and more like a place to hang out. The week before, it was a different story. Crews were installing the security gate and construction equipment dotted the site. 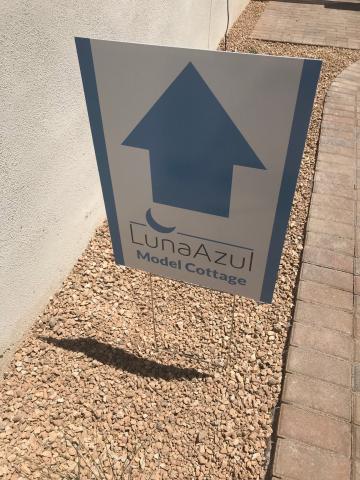 Kathy Ritchie/KJZZ
Luna Azul was developed by Mark Roth. His daughter Emma has a developmental disability. He and his wife looked at several housing options, but Roth decided he wanted to own. He says there is nothing like Luna Azul in the country.

Fast forward and parents, siblings and some future residents, including 19 year old Emma Roth, are getting a taste of what life might like when Luna Azul opens its doors.

Emma is the inspiration behind Luna Azul. Her father, Mark Roth is the developer.

"I didn’t want my daughter to live in a place I wouldn’t choose to live in myself," he said. "And there is nothing like this that we found anywhere in the country."

Emma has a developmental disability. By the time she was 13, her parents became concerned about where she would live when they were gone.

They looked at several options including group homes, as well as farms and ranches, which were further out of town. The Roths even considered buying a condo.

Ultimately, Roth wanted ownership and control, but that meant he would have to create something out of nothing.

Roth is buying his daughter’s home and that’s what makes Luna Azul different from other supportive communities in the Valley like First Place or Treasure House. There you pay rent — at Luna Azul, you buy. The home Roth is buying for Emma is a little over $400,000, plus a monthly HOA of $1100, which will cover the costs of a community director, staff and maintenance of all common areas. 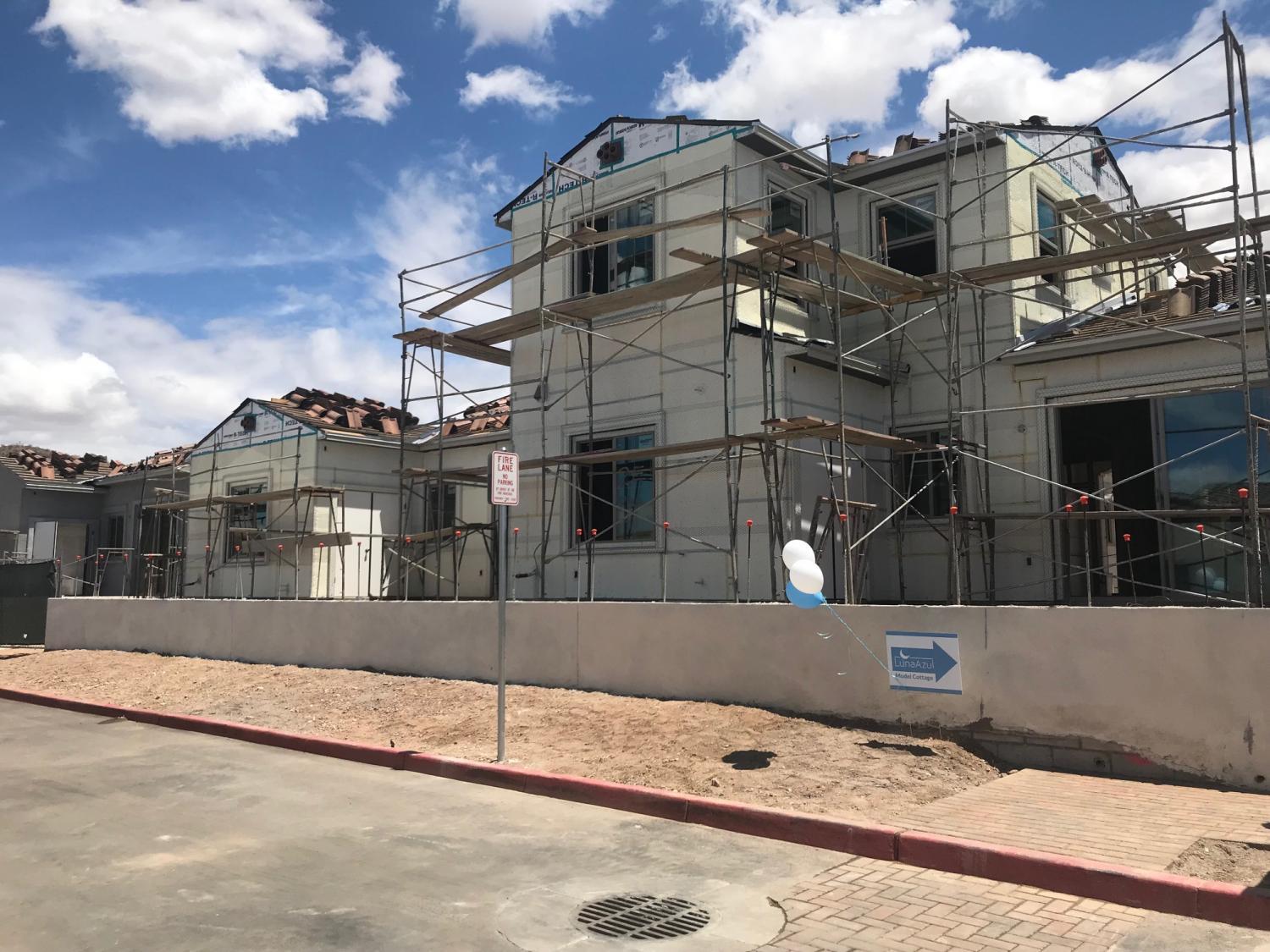 Despite the cost, buying appeals to a lot of families.

Their son Luke will be moving to Luna Azul later in the fall.

"What we liked about this one is that there’s a whole community of people with different kinds of disabilities and some without disabilities," said Humble.

Humble knows a lot about the available housing options for people with IDD Arizona: He’s the former director of the Department of Health Services.

"And it’s nice to have a system with the kind of flexibility that we have in Arizona, so that people can make different choices, but recognizing this is not a choice everyone can afford," he said.

And that concerns Jon Meyers, the executive director of the Arc of Arizona, a disability advocacy group.

"Personally, I don’t think it’s too much to say that we’re creating a system of haves and if not have-nots, have-lesses within the IDD world," said Meyers. "The vast majority of people who have an intellectual or developmental disability do not have those kinds of resources."

Roth disagrees. "I do not believe that I am creating the have and have-nots. I am not the panacea. There is a crisis of community of loneliness, of adults with disabilities. There is a huge, huge national debate raging about what is an institution and what isn’t."

The debate Roth is talking about requires a brief history lesson.

"And I think particularly at Willowborook, we have a situation that borders on a snake pit, and that the children live in filth ..." — Robert Kennedy, 1965

In 1965, then Sen. Robert Kennedy toured the Willowbrook School on Staten Island, New York, an institution for people with IDD. He was filmed. The facility eventually closed, but what it represented hasn’t been forgotten by many, including Meyers who worries these supportive communities could isolate instead of integrate.

"We simply don’t know enough right now about what the outcomes of people moving into these communities are or will be, and so we have only what we know from history to look at," explained Meyers.

But Mike Trailor, the Director of the Arizona Department of Economic Security believes fear shouldn't get in the way of progress.

"We have to innovate, we have to try new things because we’re certainly not providing the services to people with disabilities that they desperately need in a lot of cases," he said.

Many of the families moving to Luna Azul and other supportive communities know the history and they know what options exist today. For them, this is progress and choice. And for Roth, this is about crossing off the number one item on his list of things to do before, as he puts, checks out.