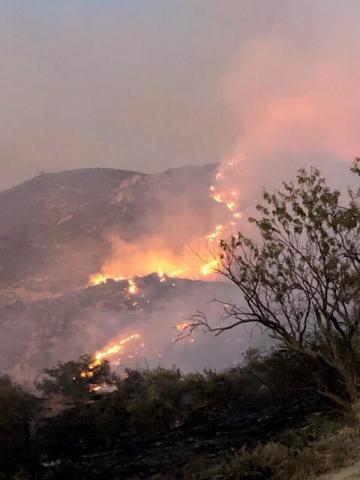 A blaze named the Woodbury Fire is burning an area of 500 acres five miles northwest of Superior. Carrie Templin with the U.S. Forest Service detailed some of the vegetation the fire may affect.

“Looks like it is burning mesquite and brush but as it moves higher in elevation it may get into some juniper and oak," Templin said.

Believed to be human-caused, it was reported Saturday afternoon near the Woodbury Trailhead.

Smoke may be visible from U.S. 60, and officials are advising people to stay away from the area.