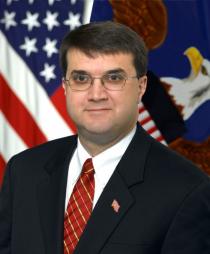 STEVE GOLDSTEIN: Today the VA's Mission Act officially goes into effect. It's intended to give veterans more options on health care decisions in part by streamlining the VA's Community Cares program. But critics remain concerned about whether veterans are being served on a timely basis and, when they are, if the medical attention they're receiving is good enough, and are those big problems discovered initially at the Phoenix VA getting significantly smaller. Earlier I spoke with VA Secretary Robert Wilkie about those subjects and more. I began by asking for more details about the Mission Act and how big a step it is for the department and veterans.

ROBERT WILKIE: Well, it's it's a big step in that it is part of an overall transformative trend at VA that includes everything from the supply chain to HR reform, the elected the formation of an electronic health record. What Mission does, is it ... I think hopefully the final response to what happened in Arizona. It's one of the things that I promised my friend Sen. McCain that I would carry on. I was more recently the undersecretary of Defense for Personnel and Readiness. I was acting the last time that, I was acting secretary of VA the last time I talked to him, and I said that I would make sure that ... Phoenix never happened again. My focus is actually on rural America and Native America here. The two groups that have the highest per capita participation in the armed forces, the two groups that have the highest per capita award of the Medal of Honor, and for Native America, probably a group that has never received the attention it deserves. So what this mission do in those in those areas: one, it says that if you live a certain distance from a VA facility, and we cannot provide you a service that you need within a certain number of days, then we will give you the option and only the option of going into the private sector. This is not libertarian VA. This is not giving a card to a veteran with the word veteran on it and sending that veteran out into the private sector to look forth and prosper. If we can't give you something, we will provide that service in the private sector. The Mission Act, it consolidates the seven different payment systems or plans that existed under choice and consolidates them into one so that we pay those community hospitals and small town doctors what they are owed.

GOLDSTEIN: There are so many more veterans and there have been over the past decade or so, and there is obviously there's an increased commitment that has had to be made to care for them in the proper way. And I wonder where do you think mental health care fits into all of that?

WILKIE: Well that is I think and, I'm not a medical professional, my background is is defense both in uniform and then I was General Mattis as undersecretary of defense. But I see it, I see mental health. We're not and we're not even at the Sputnik stage when it comes to getting our arms around mental health, but that is the last great frontier in medicine. I'm firmly convinced we will find a cure for cancer before my children reach the age of 40, and they're both teenagers now. Mental health, we're not even, we're not anywhere near that. Our VA budget has nine and a half billion dollars in it for mental health services, but we suffer from the same shortages that the rest of America suffers from. We were only able to hire 3,900 mental health professionals last year. I would like to see six, seven, eight thousand. One thing that I've talked about across the country is the need for a continued change in the culture. My father's era, it was not acceptable to talk about fears, it was not acceptable to talk about trauma. There has to be a new day that we have to encourage soldiers to talk about this. We have to encourage soldiers to tell us if they see signs of problems in their comrades. I could not have said that 20 or 30 years ago. I would have been drummed out of whatever .... I will add to your question that the greatest challenge that I think America has is the issue of suicide. We lose 20 veterans a day; one or two of those veterans is on active duty, another three perhaps four are in the Guard Reserve and have never deployed. But the majority 14 out of those 20, we have no contact with and more than half of that 14, about eight from the Vietnam era, and we need a national conversation on mental health and suicide.

GOLDSTEIN:We know that when it came down from finding out about the situation at the VA hospitals, which started in Phoenix. Some of that had to do with with whistleblowing, which is in some cases how change is made.

WILKIE: Right, it is.

GOLDSTEIN: Are there protections that should be in effect for that especially because when you have a bureaucracy, and people who don't want to lose their position necessarily they will react poorly to that and yet ultimately it may in fact help the system? How do you balance that out?

WILKIE: Well, well we balance it out by reminding our employees as well as the country. There are more mechanisms to come forward here at VA than in any other cabinet department, including the Department of Defense. We have the general counsel, we have the inspector general, we have the office of medicine medical investigations, and we have the office of accountability and whistle whistleblower protection. We ask people to come forward and those are four avenues that they can use. Now the other side of the accountability office that the president allowed us to set up is that we are now able to move faster when it comes to removing employees who are a threat because of their performance to the folks that we serve. I certainly have encouraged people to come forward. Now, I will also say what I've said in testimony: not everyone who claims the mantle of whistleblower is a real whistleblower, and we've got well over in that office well over a thousand investigations going on now, and there's a chunk of that that ... is not accurate. But we we tend to we look at everything.

GOLDSTEIN: Overall we know that throwing money at things doesn't fix a problem. But when it comes to making the VA better, if you had your druthers would more money help?

WILKIE: Well it does. And let me tell you what I've just been through. I've just been through the budget cycle. I have presented the largest budget in the history of this department $220 billion. Yes, in this case the money is needed, but I'll go back to something that I said earlier that to me culture is just as important if not more important than than money. I think the reason why VA is is doing well now while we have great customer satisfaction rates is because we understand the uniqueness of military culture. But on other issues like suicide and mental health, I don't know that you can come up with enough money without addressing the cultural trends that affect those Americans, that impact those Americans for whom taking of life is the last measure. It's a measure of sadness and desperation. That's where we need to have a cultural conversation.

GOLDSTEIN: And that is VA Secretary Robert Willkie.