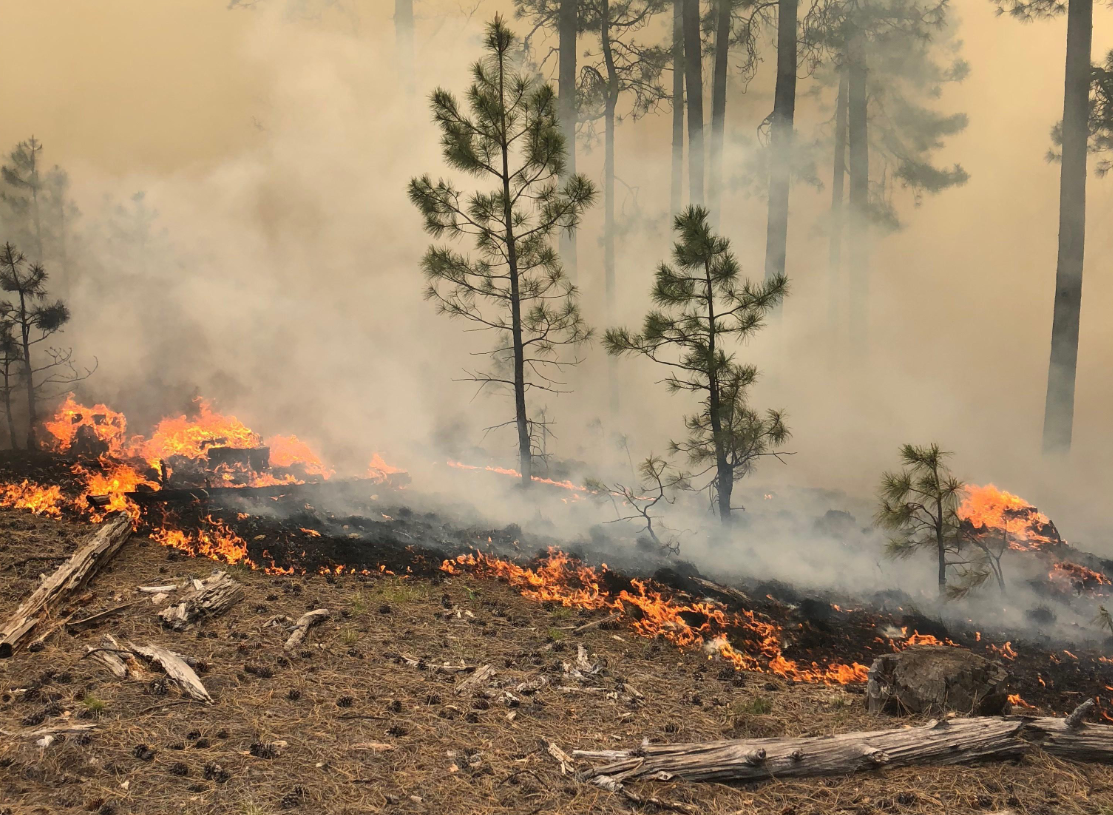 inciweb.nwcg.gov
The Coldwater Fire burning near Payson in June 2019.

Crews working on the Coldwater Fire burning about 12 miles north of Payson have decided to let it burn.

By Tuesday evening, it had charred 2,273 acres, growing relatively slow since the latest rain system passed through.

It's suspected the lightning-caused blaze started about two weeks ago, but only became noticeable on May 30 as downed trees and brush began to dry out from the last round of storms.

Jessica Richardson, a spokesperson with the Coldwater Fire, says the unusual amount of rain in May is welcome for several reasons.

"The good is it's perfect conditions to where you get consumption in the lower surface, but you're not getting flame heights moving into the crowns of the trees," she said.

However, too much moisture can hamper fire progression necessary, which Richardson said is necessary for crews to create important containment lines.

If the fire runs its full natural course, it would char nearly 17,900 acres.