Original Copy Of Old 1868 Treaty Returns To The Navajo Nation 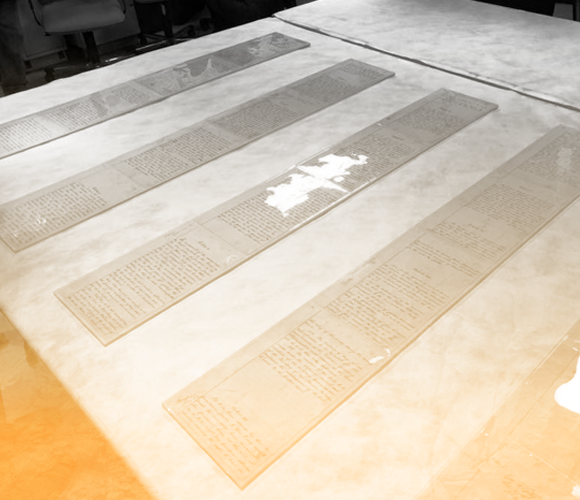 An original copy of the Treaty of 1868 now belongs to the Navajo Nation.

This is the treaty that established the tribe’s sovereignty in the eyes of the federal government, and it also ended The Long Walk, a forced march and relocation of thousands of Navajo to eastern New Mexico.

Originally thought lost, this copy was found in the documents of one of the original negotiators: Indian Peace Commissioner Samuel F. Tappan.

His great-grandniece, Clare “Kitty” Weaver, had known about the document for years, but didn’t really know what she had.

Then, last year, the Navajo Nation recognized the 150th commemoration of the signing of the treaty, and brought another copy of it from the National Archives to their museum to put on display, where Weaver was also present.

Manuelito Wheeler is the director of the Navajo Nation Museum. The Show spoke with him more about what it means for his people to own the treaty now, and what he told Kitty Weaver when he went to visit her and convinced her to give it to the Navajo Nation.