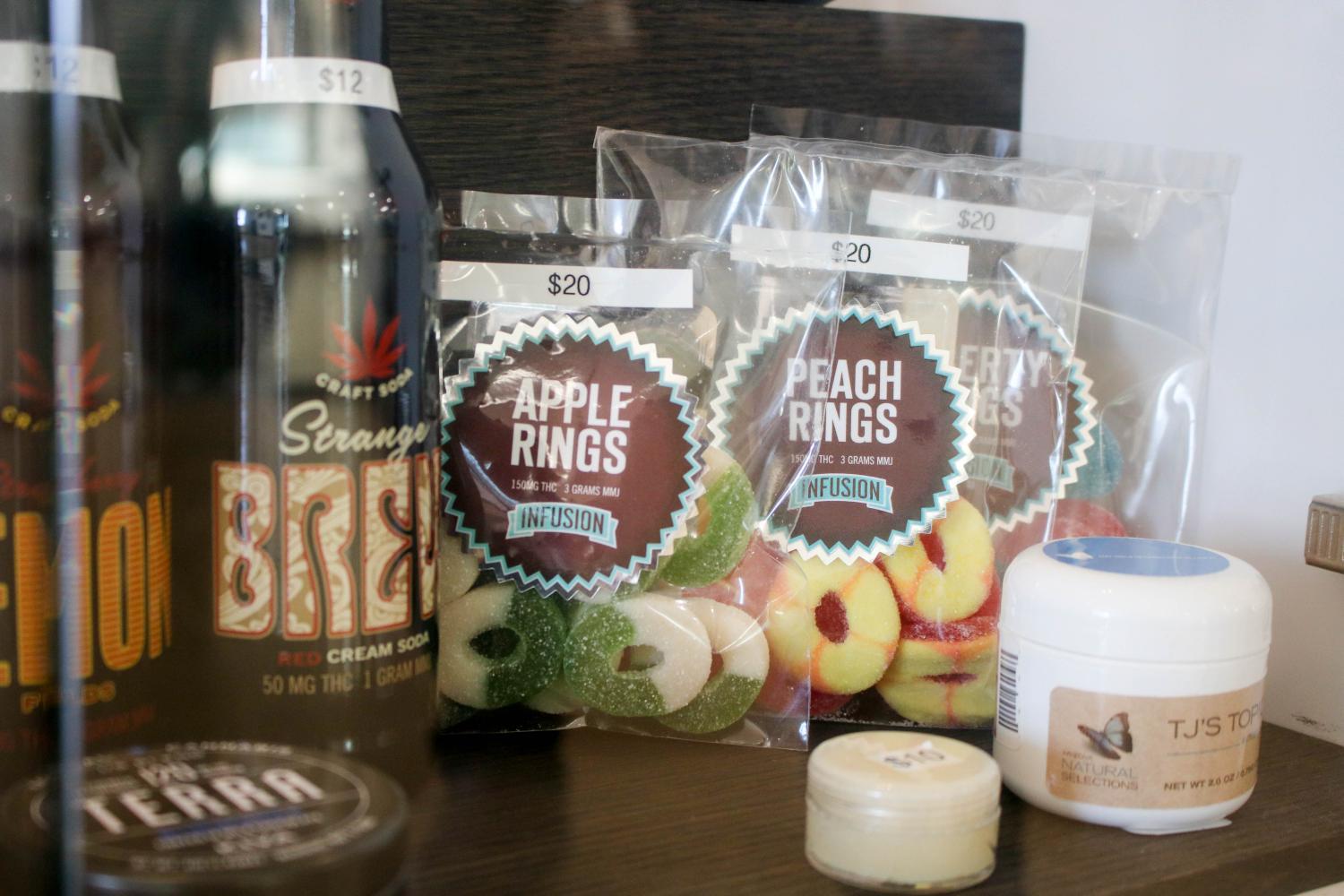 Claire Caulfield/KJZZ
There’s a multitude of ways to ingest marijuana — from smoking to newer creations like gummies, topical creams and sodas.

Arizonans who have medical marijuana cards are legally entitled to buy and use gummy bears, candies, extracts, tinctures and resins of the plant, the Arizona Supreme Court ruled Tuesday morning.

In a unanimous decision, the justices rejected arguments that the 2010 law that legalized the drug for medical purposes allows patients to use only the leaves and flowers. Justice Robert Brutinel, writing for the court, pointed out that the law defines "marijuana'' as "all parts of the plant.''

"The word 'all,' one of the most comprehensive words in the English language, means exactly that,'' he said.

Brutinel also listed some of the ailments for which a doctor may recommend marijuana, including cancer, glaucoma, Crohn's disease and relief from nausea and vomiting caused as side effects from other drugs.

"It is implausible that voters intended to allow patients with these conditions to use marijuana only if they could consume it in dried-leaf/flower form,'' Brutinel wrote.

"Such an interpretation would preclude the use of marijuana as an option for those for whom smoking or consuming those parts of the marijuana plants would be ineffective or impossible,'' he said. "Consistent with voter intent, our interpretation enables patients to use medical marijuana to treat their debilitating medical conditions, in whatever form best suits them, so long as they do not possess more than the allowable amount.''

The case was brought after a medical marijuana cardholder, Rodney Jones, spent more than two years behind bars for having cannabis oil.

The ruling overturns a lower court’s decision to leave his conviction in place.

Yavapai County Attorney Sheila Polk’s office previously treated that substance as an illegal narcotic drug, even if the person had a medical marijuana card.

Lawyer Robert Mandel, who argued on behalf of Jones and works for Mandel Young PLC, said the decision reflects the will of the voters.

“It validated the arguments we raised that the plain language of the Arizona Medical Marijuana Act makes it clear voters never had any intention of limiting the form of marijuana,” he said.

The statement continued, likening the court’s decision to explosives produced from fertilizer being protected under the sale of farm products.

“To the extent that those patients are otherwise complying with the act, they cannot be prosecuted for their possession or use of any products that are manufactured from the extract of the cannabis plant,” Mandel said.

KJZZ's Casey Kuhn joined The Show to talk about this.

One organization that is pleased by the Arizona Supreme Court’s ruling is the ACLU, which had filed an amicus brief in the case. Jared Keenan, criminal justice staff attorney for the ACLU of Arizona, also joined The Show to talk more about that.