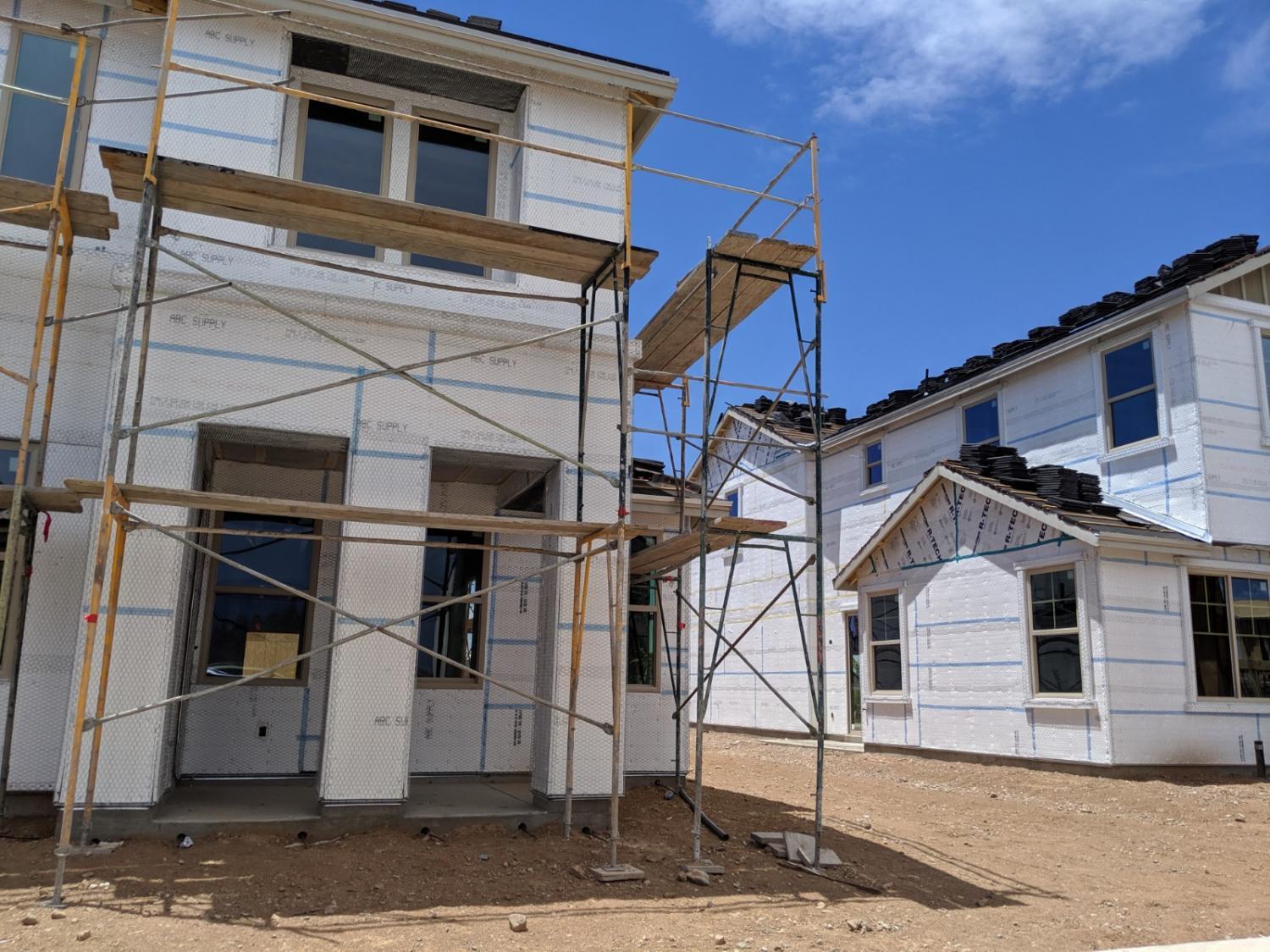 Sky Schaudt/KJZZ
Homes under construction in a new north Phoenix neighborhood in May 2019.

Arizona added another 75,300 private sector jobs in the last year — and more than 25 percent of those were tied to the construction industry.

The strong construction growth, both in the past month and past year, was enough to drop the state's seasonally adjusted unemployment growth in April to 4.9 percent, down a tenth of a point. At the same time the national jobless rate dropped two-tenths of a point to 3.6 percent.

Prior to the recession, one job out of every 11 in the state was in construction. So when the real estate bubble burst and the bottom dropped out of the economy, Arizona was particularly hard it, with the jobless rate topping 11 percent.

But Doug Walls, director of labor market information for the Office of Economic Opportunity, said Thursday this is not an indication that history is repeating itself.

There are currently about 175,100 people employed in construction. That compares with the pre-recession peak of 247,500.

And construction jobs make up just 6 percent of total employment, not 9 percent as it did in 2006.

Walls also said that lending standards remain high, unlike pre-recession when people were given loans they could not afford to pay.

“Lending standards remain quite high,'' Walls said. “So those are all good signs that this is organic growth and less speculative within the construction industry and what we've seen in the past.”

Then there's the fact that the number of building permits for residential housing has remained relatively steady for the past two years.

“We continue to see pent-up demand for housing with uh homeowner vacancy rates at 14-year lows here, and even lower rates for rental vacancy rates,” he said.

Elsewhere in the state economy, growth in retail trade employment remains sluggish, adding just 1,100 jobs in the past year as the industry continues to face heavy competition from online retailers. The clothing and accessories sector was hit particularly hard, with employment there down by 700 in the past year.

Manufacturing continued to add workers, up 600 last month and 6,800 in the past year.

Across the state, Yuma county has the highest unemployment rate at 14 percent, though it is down two points from this time last year. Maricopa and Greenlee counties are the lowest: 3.7 percent.