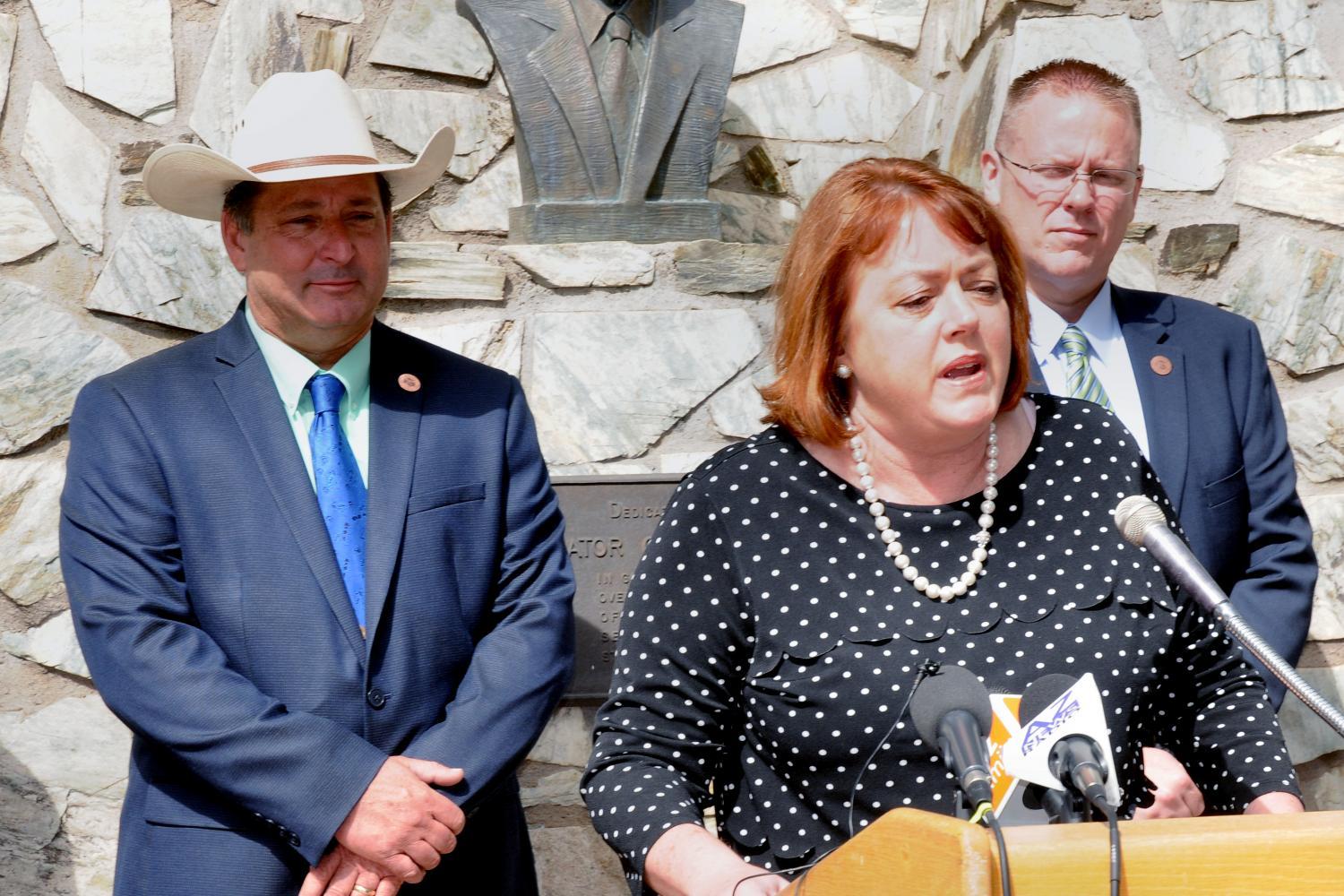 Pinal County farmers gathered at the Capitol for a news conference Thursday morning.

After the years-long negotiations to agree on a Colorado River Drought Contingency Plan, the farmers said they need new sources of water, and they’re asking for $20 million to make that happen.

KJZZ’s Bret Jaspers was there and joined The Show to talk about what they discussed.

Farmers in Pinal County are again pushing for an extra $20 million in the state budget for wells and other groundwater infrastructure. This would be in addition to the $9 million in general fund dollars and $5 million from Central Arizona Project taxpayers they received as part of the Drought Contingency Plan earlier this year.

Climate change and overuse have sapped the Colorado River’s two main reservoirs. That spurred water leaders from the seven Colorado River basin states to negotiate a plan for cutbacks in order to reduce the risk of dangerously low levels. That deal, the DCP, was finalized earlier this year and signed into law by President Trump in April.

Irrigation districts in Pinal County are facing the brunt of water reductions due to their place near the back of the line for Colorado River water delivered by the Central Arizona Project canal system. The districts exchanged higher priority water rights for debt relief and cheaper water prices as part of a deal from the early 2000s.

The DCP plans for a faster transition to groundwater for Pinal farming, moving irrigation districts to almost complete reliance on groundwater by 2025 or 2026, depending on river conditions. Farmers would also fallow 30 to 40 percent of their farmland. A healthy snowpack in 2019 may have put off significant CAP cutbacks for next year, but they are expected in future years.

The current budget request is due to uncertainty over U.S. Department of Agriculture funding.  Federal programs may provide the $20 million, but the Pinal farmers want the state to allocate the money now and get federal reimbursement later. They argue the infrastructure work needs to begin soon, long before any USDA program makes its decision.

“If we don’t have the money now, money from the feds later would be a day late and a dollar short,” said Tiffany Shedd, a farmer and lawyer from Eloy.

Shedd and others argue farming is vital to the larger economy. Environmental groups say tax dollars shouldn’t facilitate groundwater pumping, and Arizona should move away from water-intensive crops like alfalfa and cotton.

Rep. David Cook (R-District 8), whose district includes much of Pinal County, said he had the support of budget negotiators.

“I have faith in the Governor’s Office and the leadership in the House and Senate to put together a budget that includes this money,” he said. Cook did not say he would withhold his vote from the budget if the money isn’t included, a strategy other state lawmakers have employed this year. Republicans hold slim majorities in both the House and Senate.

“I don’t withhold my vote, I never have,” said Rep. T.J. Shope (R-District 8), Cook’s seatmate and a member of House leadership. “I believe that the leadership that I’m a part of, obviously, in the House, is also supportive of it.”