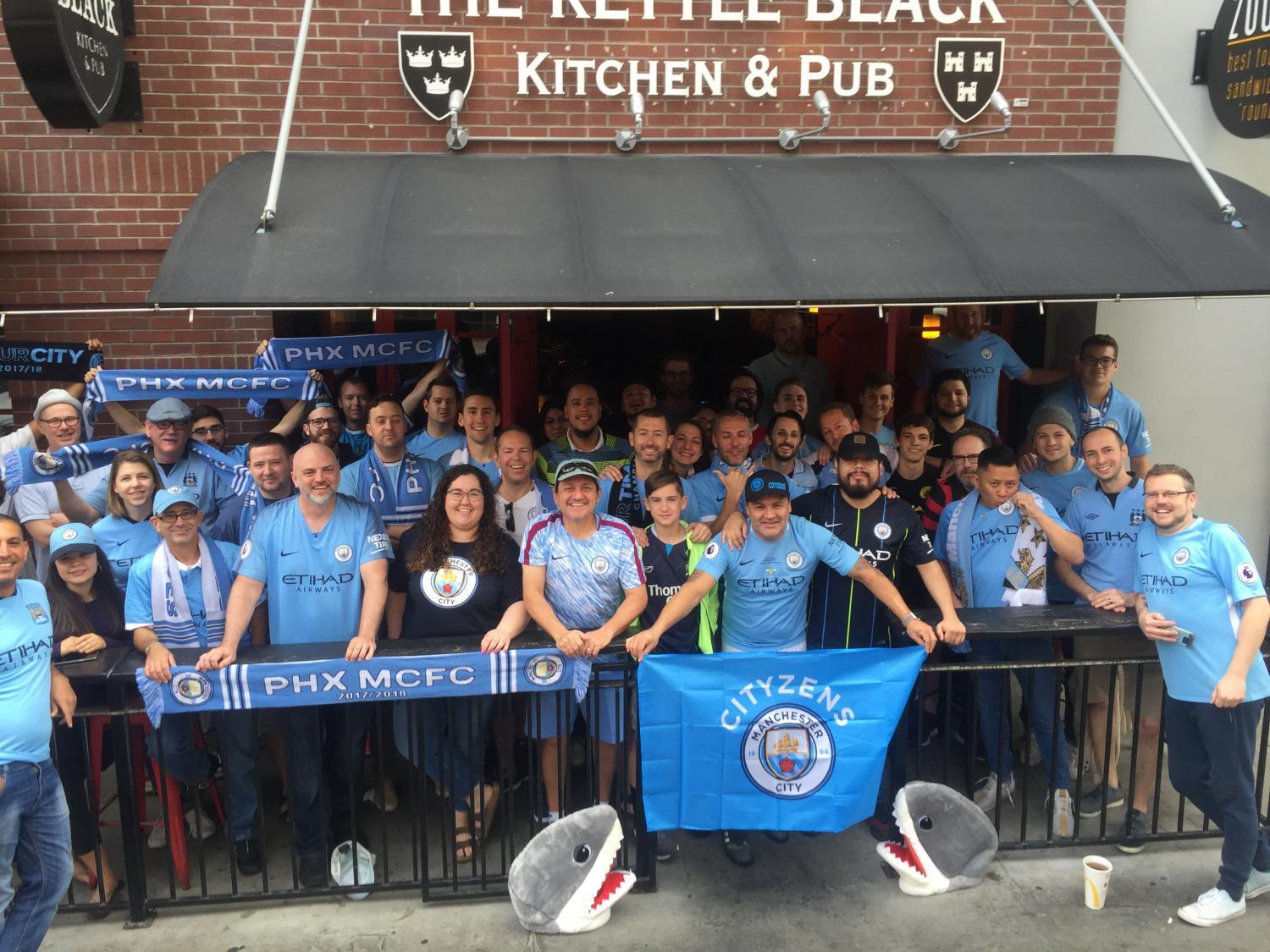 Matt Kling/KJZZ
The Desert Blues, Manchester City's Phoenix-area supporting club, pose for photo at halftime of game on May 12, 2019.

In Phoenix, dozens of Valley-based Man City supporters, known as the Desert Blues, gathered at 7:00 a.m. Arizona time in their powder blue jerseys and scarves to cheer their team to victory at the Kettle Black Kitchen & Pub in Downtown Phoenix.

Jimmy Culleton owns Kettle Black. Originally from Dublin, Ireland, he's been a longtime Man City supporter. Because of the time difference, sometimes the team plays as early as 4:30 a.m., and regardless, he opens his restaurant up for watch parties.

"It’s not like we’re making a ton of money out of this," Culleton said. "It’s just for the love of the game, to be honest.”

State law says bars cannot serve alcohol until 6:00 a.m. Culleton said his pub doesn't usually open until 10:00 A.M., so some loyal supporters, including on this day, bring donuts and other breakfast foods to munch on during the match, alongside a beer or two from the bar.

“I think in the long run, people that come here for the Man City games are kind of associated with the restaurant now," Culleton said, "and it’s the fact that they’ll come in for dinner on a Friday night."

Desert Blues club treasurer Matthew Hayes said there are about 100 members in the group, which began about six years ago.

Besides Sunday's meet-up being special due to the circumstances of the match, it hit home for Hayes, who says he'll be moving from Arizona to Bulgaria soon.

“For me," Hayes said, "seeing this many people in a pub for such a special occasion, it brings tears to my eyes. I love it.”

Sunday's match clinched Manchester City's fourth Premier League title, all in the last eight seasons. The Desert Blues will meet again on Saturday at 9:00 a.m. at Kettle Black for the club's appearance in the FA Cup Final, the championship of a tournament involving over 700 British soccer clubs.