First responders across the state are changing how they react to a traumatic brain injury (TBI).

The Excellence in Prehospital Injury Care (EPIC) protocol teaches first responders how to start treating a TBI on the scene.

And it starts with preventing what researches call "the three H-bombs:" hypertension, hypoxia and hypotension.

University of Arizona professor Dr. Dan Spaite is the co-principle investigator of the EPIC study.

"If you have other injuries that drop your blood pressure or if you got hit hard enough that you’re not breathing well and it drops your oxygen, if those don’t get reversed in four minutes, the neurons start dying. So one of the keys to this if we wait for this treatment until they get to the trauma center its already too late."

More than 11,000 Arizona paramedics and EMTs have been trained using the EPIC protocol since 2012, including Alexandria Matthews.

Matthews is a paramedic and certified in the EPIC protocol. When her now 6-year-old son was just a baby, they were involved in a devastating car crash. Matthews had just completed her EPIC training and was able to start treating her son.

"So my son wasn’t breathing, so breathing for him oxygenated his body, so he didn’t have the time to become hypoxic," said Matthews.

Spaite told KJZZ researchers have found that by preventing those H-bombs,  "we have doubled survival in the state of Arizona from severe traumatic brain injury."

The study involved 21,000 patients. The results were published in the medical journal JAMA Surgery.

The results were published in the medical journal JAMA Surgery. 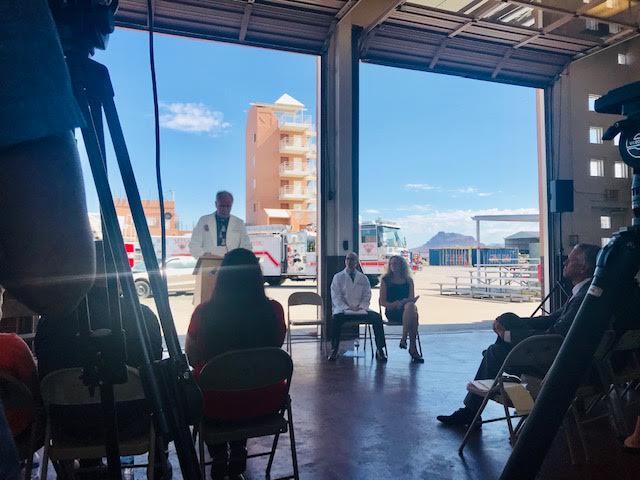 Kathy Ritchie/KJZZ
Dr. Dan Spaite takes the podium to talk about the EPIC study which was published in JAMA Surgery. 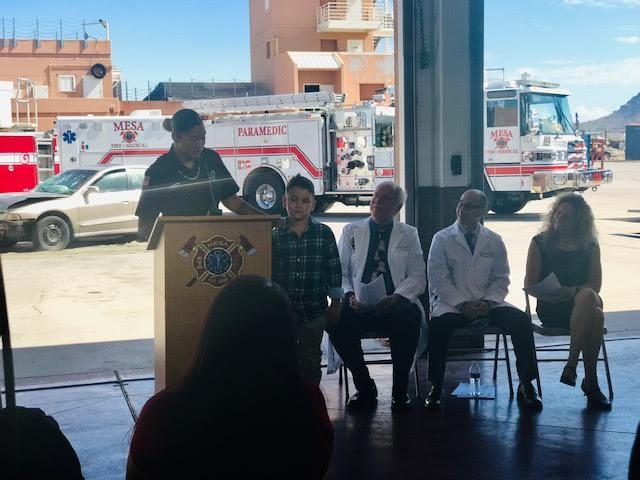 Kathy Ritchie/KJZZ
Paramedic Alexandria Matthews and her son, Jamison, share their personal experience with the EPIC Protocol. Today, Jamison is a happy 6-year-old who loves playing the drums and superheroes.