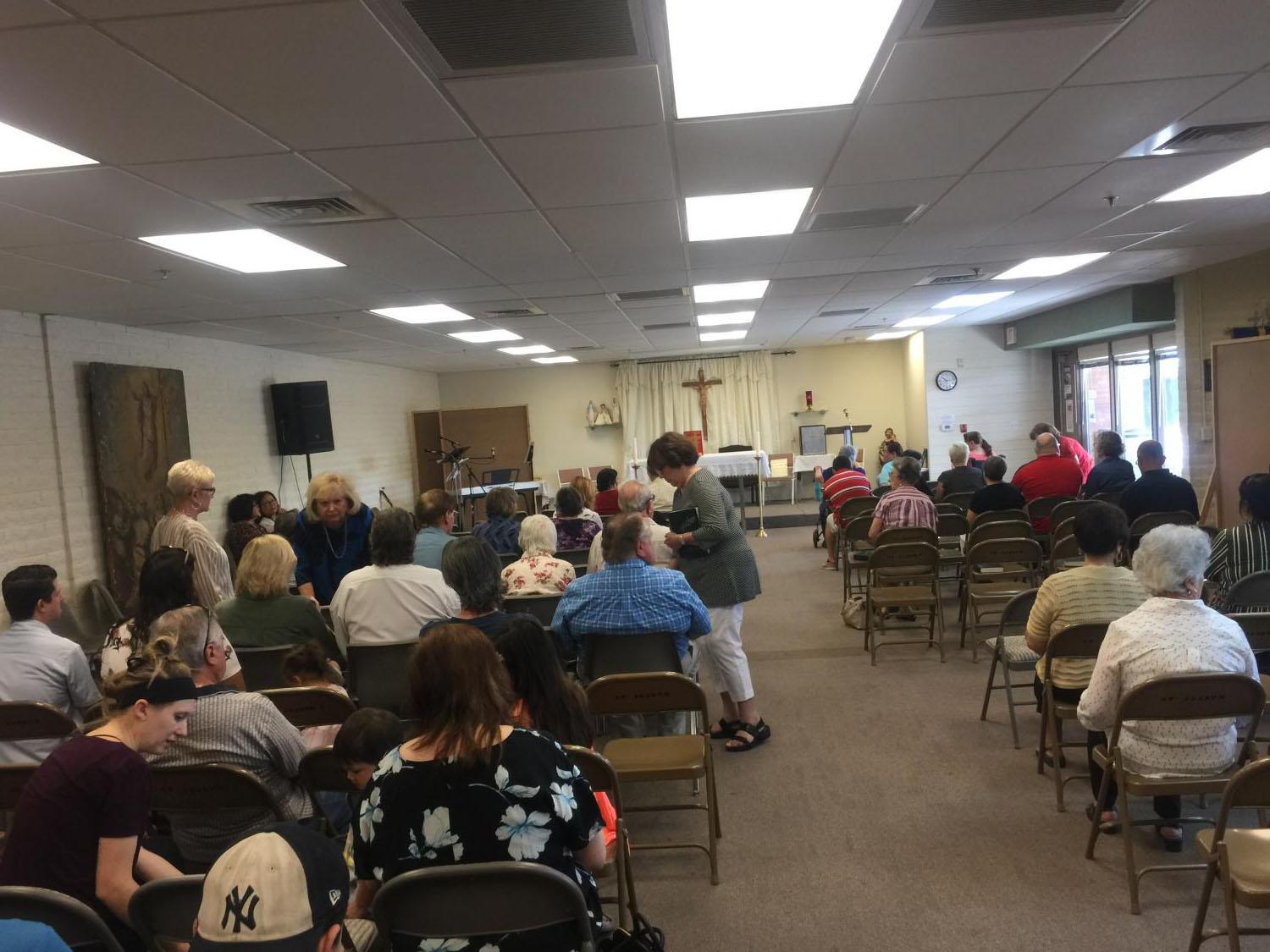 Matt Kling/KJZZ
Worshipers gather for Sunday Mass inside a meeting hall at St. Joseph Catholic Church in Phoenix on May 5, 2019.

Last week, a fire erupted at St. Joseph Catholic Church in Phoenix, destroying a majority of the main sanctuary.

But that tragedy did not prevent parishioners from gathering over the weekend for regular Sunday Mass that were held in a meeting hall that was untouched by the blaze.

Before and after services, the churchgoers took time to view and reflect on the damage done by the blaze.

"You got a lot of memories in this church," Bob Bogart, a member of the parish's Knights of Columbus chapter, said. "And it just goes up in smoke overnight and it's just like, there's really no words that you can say about it."

Father Fred Adamson is the Vicar General for the Diocese of Phoenix and took part in one of Sunday’s masses. He said the parish community is remaining resilient despite the destruction. 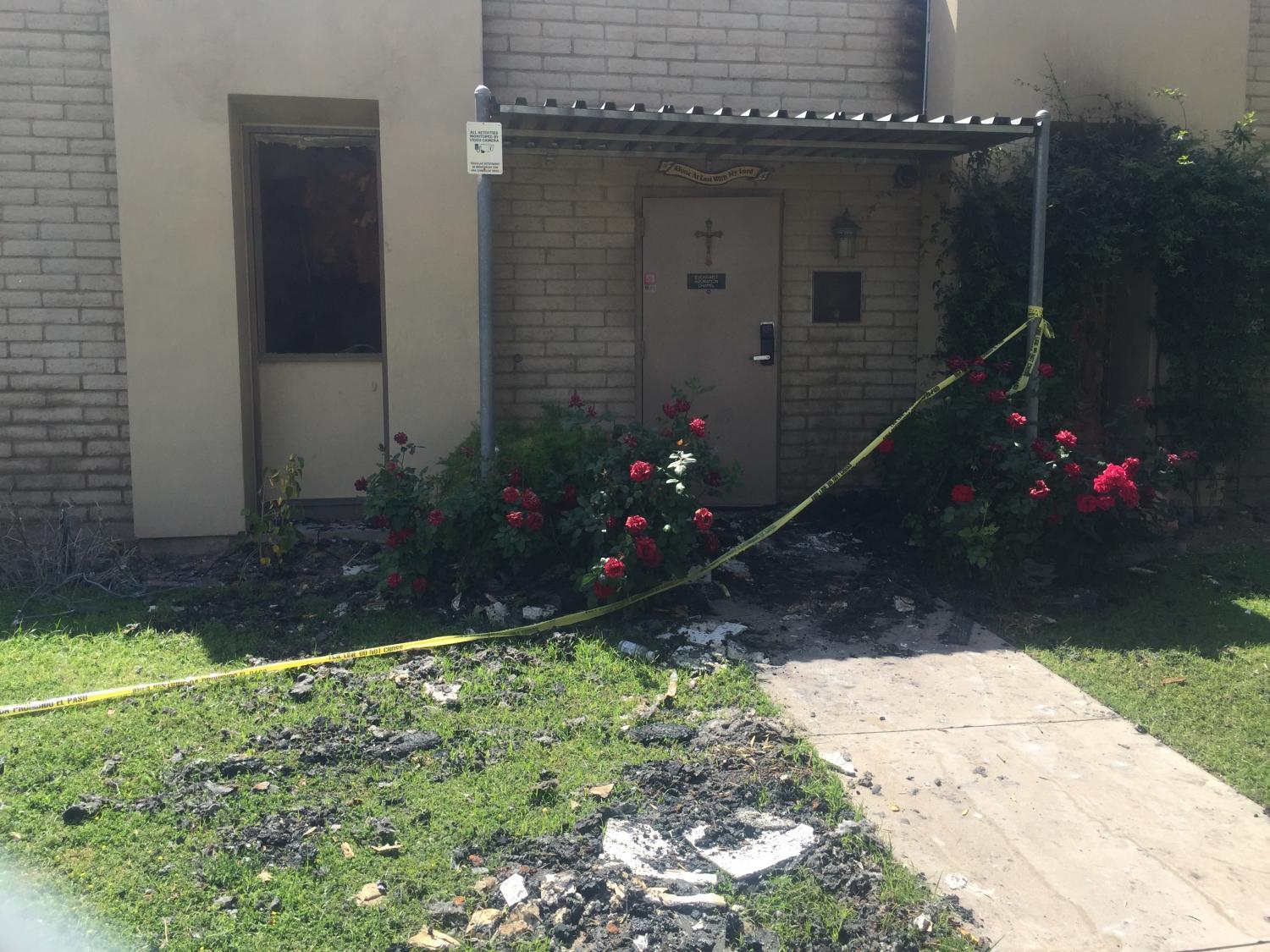 “There’s a real feeling of sadness and loss but at the same time it doesn’t mitigate the fact that we are hopeful people," Adamson said. "I think it’s the way we live as Christians, that even in the midst of sadness, we can look to [Jesus Christ]."

Adamson said the diocese and the parish are looking into a longer-term alternate space for services to be held while the church is rebuilt. Sunday's services included overflow crowds who were seated in a tent outside, with a view through the window of the meeting room.

But in terms of non-Mass related events, the parish is continuing to operate, as close to normal as can be. Announcements before the service included an invitation for seniors to go on a trip to local casinos. Between Masses, volunteers sorted collected recyclables which raise money for the parish's homeless outreach program.

Glenda Coen works in the parish office. She said in the time since the fire, members from all over the community, including those of other denominations, offered thoughts and prayers to the parish.

"It's a comfort during something like this," Coen said.

Authorities are still investigating the cause of the fire.