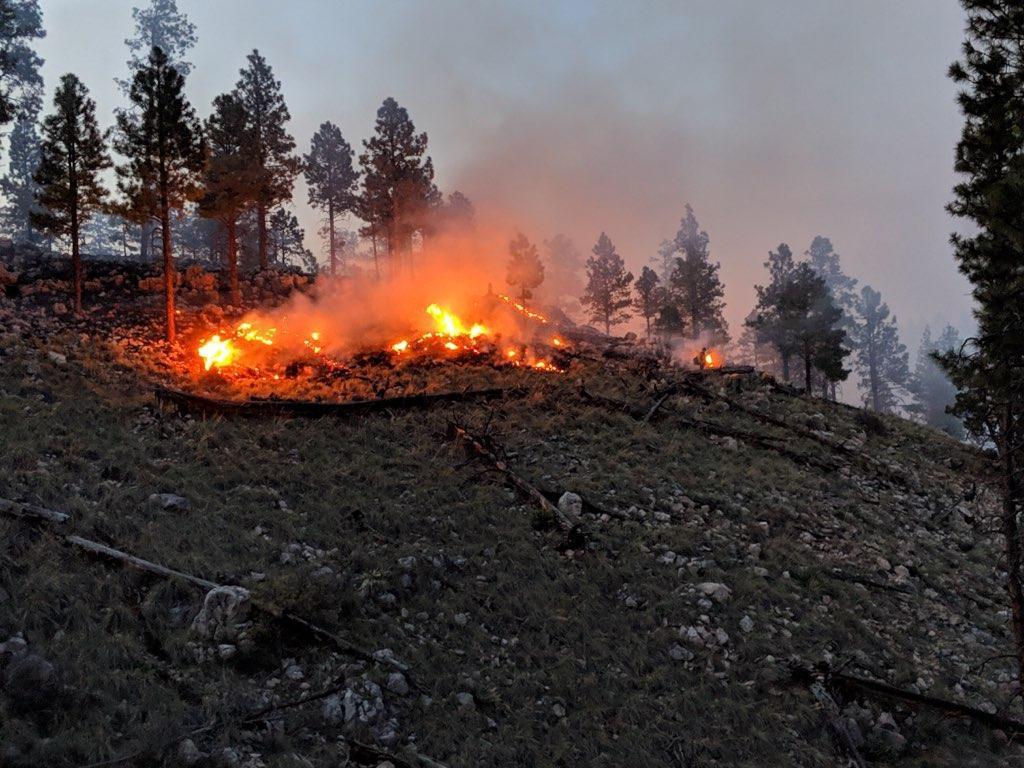 inciweb.nwcg.gov
The Hoyle Fire burning in Apache-Sitgreaves Forests in May 2019.

Firefighters are monitoring a lightning-caused wildfire in the Apache-Sitgreaves National Forests in eastern Arizona.

Fire officials say they plan on using a “controlled burn” tactic to minimize the potential of a larger wildfire.

Matthew Bullmore is a spokesman for the Apache-Sitgreaves. He said the Hoyle Fire was limited to five acres when it was first spotted Thursday.

“The fire’s probably going to be about 520-600 acres when we’re completed with our hand ignition," Bullmore said.

Bullmore said the goal of a “controlled burn” is to remove undergrowth and dead material.

The area impacted is the same that was devastated by the massive Rodeo-Chediski fire in 2002.