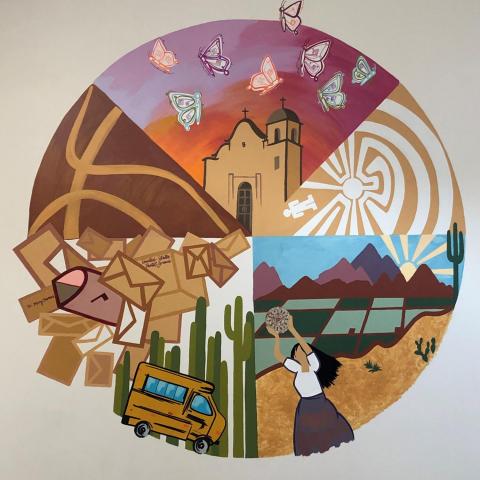 When you think of the Girl Scouts what comes to mind?

For most people, it's the cookies. But Girl Scouts Arizona Cactus-Pine directors like Christina Spicer wants the girls to think of more than cookie sales, they want them to think of influential people in history they might look up to.

That's why the cabins at the Parsons Leadership camp at South Mountain, the only Girl Scouts summer camp in the Phoenix area, are named after several prominent figures. Not only do the cabins bear the names of some of the most distinguished people in history, but they are designed to tell their stories so the girls can get a better understanding of who they were.

“Inside of the cabins we wanted to make sure that not only did they know their name, but they also got a chance to understand their story and how they got to where they are today, or the legacy that they left behind,” said Spicer.

After getting permission to use her name from the tribe, the Arizona Girl Scouts’ Cactus-Pine council asked Gov. Thomas’ family and members of the Gila River Indian Community to come up with what the mural would look like.

They decided on the theme of the circle of life, so the mural features different images in a large circle that tell her story from the beginning to the legacy she ultimately left on the community.

Spicer also said that the cabin will have books about Thomas’ life for girl scouts to learn more about her as well as Gila River Indian culture to help the girls understand why she was chosen.

“And really so that when we talk about leadership that they can see different forms of leadership and to be able to strive toward for that example of how they want to lead in our communities,” said Spicer.

Summer camp in the newly honored cabins starts the first week of June.