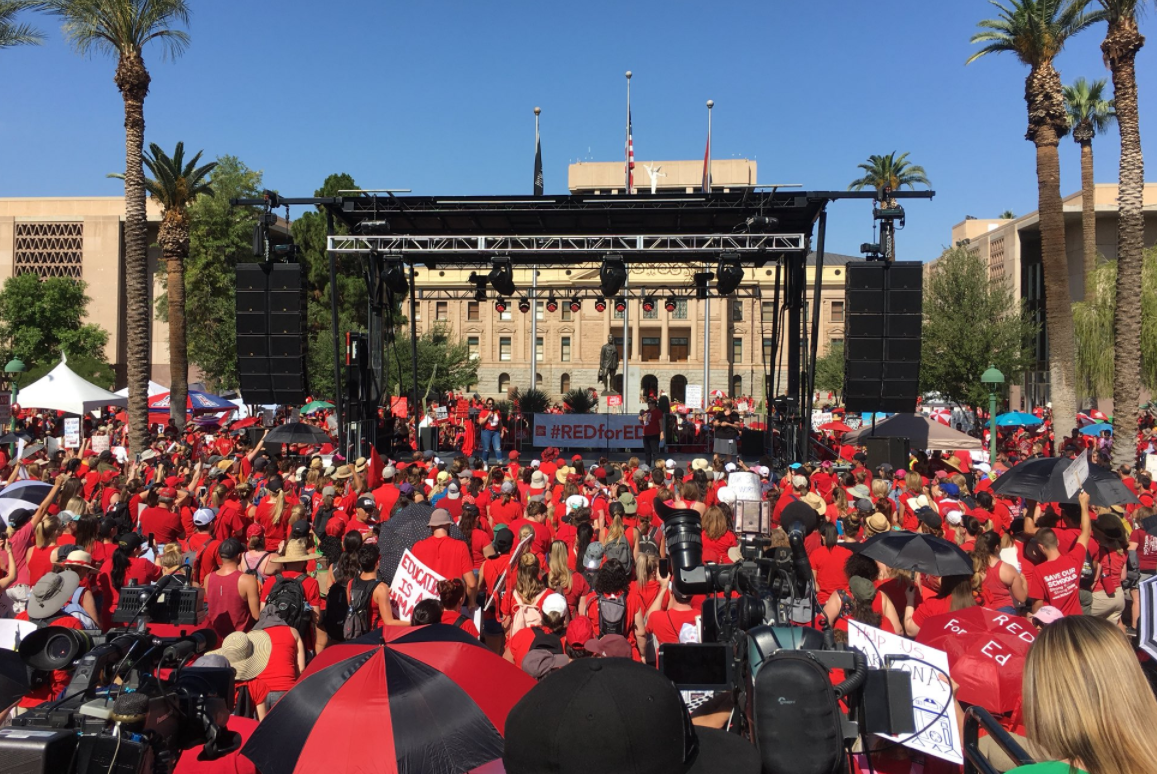 Christina Estes/KJZZ
#RedForEd supporters at the Arizona Capitol on April 27, 2018.

New data from the National Education Association, a teachers union, shows Arizona teachers saw the fourth biggest pay increase in the country between 2016-17 and 2017-18. But, even with that raise, teacher pay here still ranks 45th out of the 50 states and Washington, D.C.

Gov. Doug Ducey has pledged to continue his plan to give teachers a 20 percent raise by 2020, which came about as a result of the #RedForEd movement last year.

To talk more about the NEA’s findings, The Show reached out to Erin Hart, chief operating officer at Expect More Arizona.