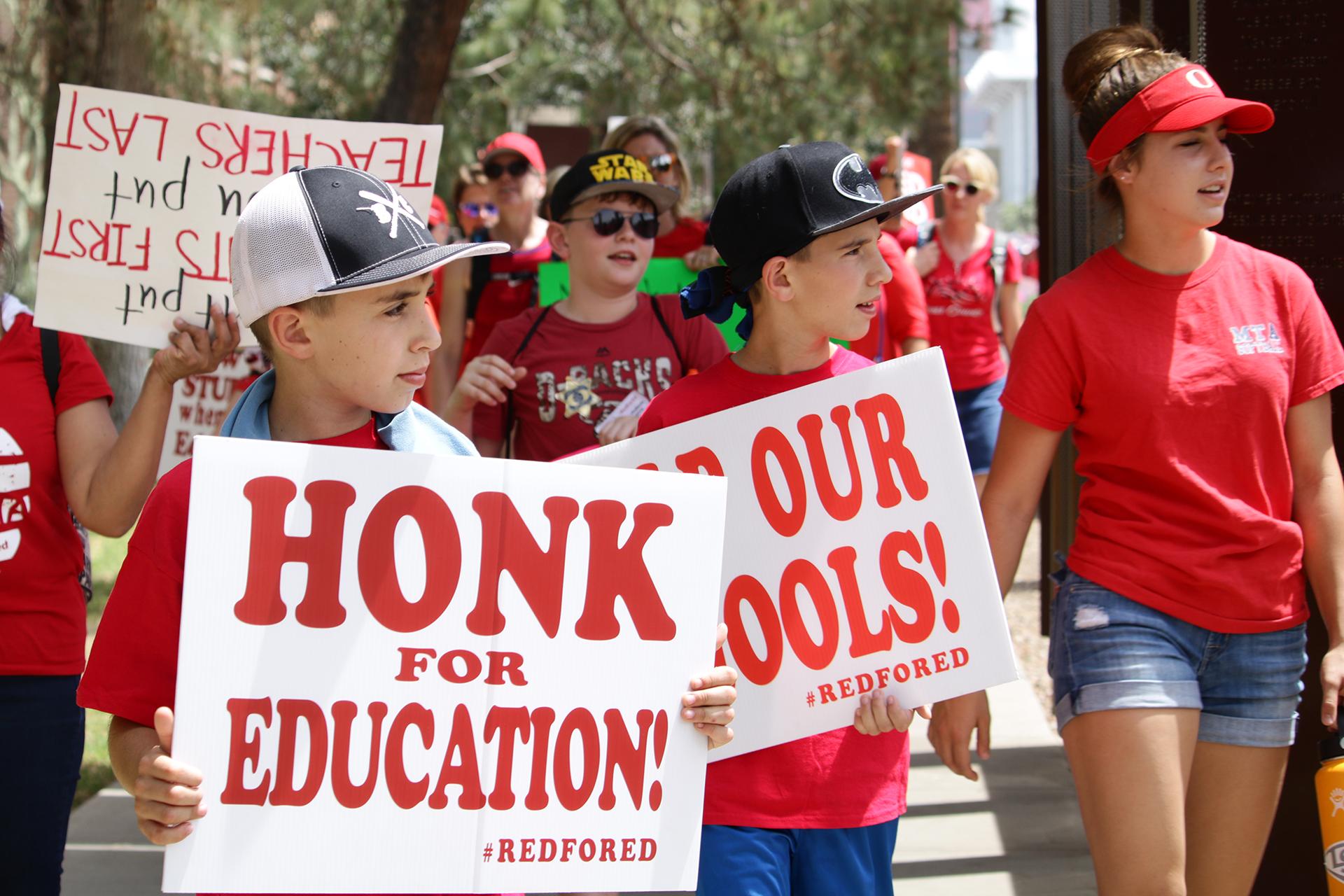 It’s been one year since tens of thousands of teachers walked out of their classrooms and marched on the Arizona state Capitol, in what became a week-long strike. This week, a year after the walkouts, The Show is hearing some perspectives on #RedForEd and the impact of it since it happened.

Arizona was just one of many states that saw teachers harnessing their political power last year as they demanded higher pay, as well as more funding for education across the board.

Daarel Burnette is a school finance reporter for Education Week, and he has covered these teacher strikes across the country. The Show spoke with him more about this wave of red and the decades-long trends that led to it.