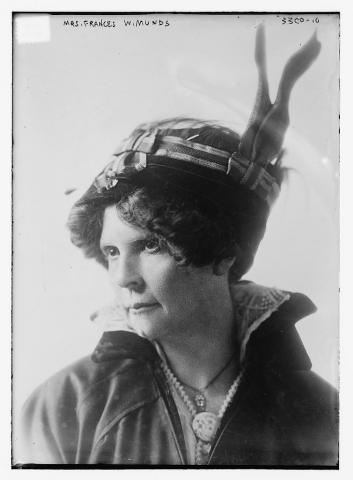 Frances Willard Munds is a name you might not recognize, but the turn-of-the-century school teacher forever changed the course of Arizona’s history.

In the early 1900s, she emerged as the leader of the Arizona suffragette movement.

Her suffragette bill made its way through both the Arizona Senate and House in 1903, but it was blocked by the territorial Gov. Alexander Brodie.

Mund, however, didn’t back down.

She decided to move beyond the Legislature and take the vote to the people. Her grassroots coalition convinced miners, ranchers, church members — anyone they could canvass — to vote for their ballot measure. And the hard work paid off.

“Approximately 60 percent of males in the state voted in favor of women's suffrage," said Melanie Sturgeon, president of the Arizona Women's History Alliance. "So as of Nov.  5, 1912, Arizona women got the vote. We were the eighth state to give women the vote. And of course the majority of American women did not get the vote until the 19th Amendment was passed in August of 1920.”

Now the Arizona Women’s History Alliance is making a push to celebrate Munds with a statue on state Capitol grounds. They hope by 2020 she’ll join the ranks of Word War II veterans and Navajo Code Talkers as another memorialized Arizona hero.