Phoenix’s All About Comics: All About Pop Culture And Collectibles

Download mp3 (5.7 MB)
Christina Estes/KJZZ
Comics Discount Hub is four doors down from All About Books and Comics and features 99 cent comics.

In the era of Amazon, running a brick and mortar bookstore is more challenging than ever. Several local, independent stores are succeeding by offering events and creating community spaces. For one store in central Phoenix, it’s about filling a niche in the market — a niche that may not be as profitable for the next generation.

When Alan Giroux describes an old comic book, he speaks with the passion of a wine lover.

“There might be maybe a 10th of an inch fold on the side,” he said. “Supple, nice color to it, not browning on the inside.”

Giroux and his wife, Marsha, have been selling comics for nearly 40 years. 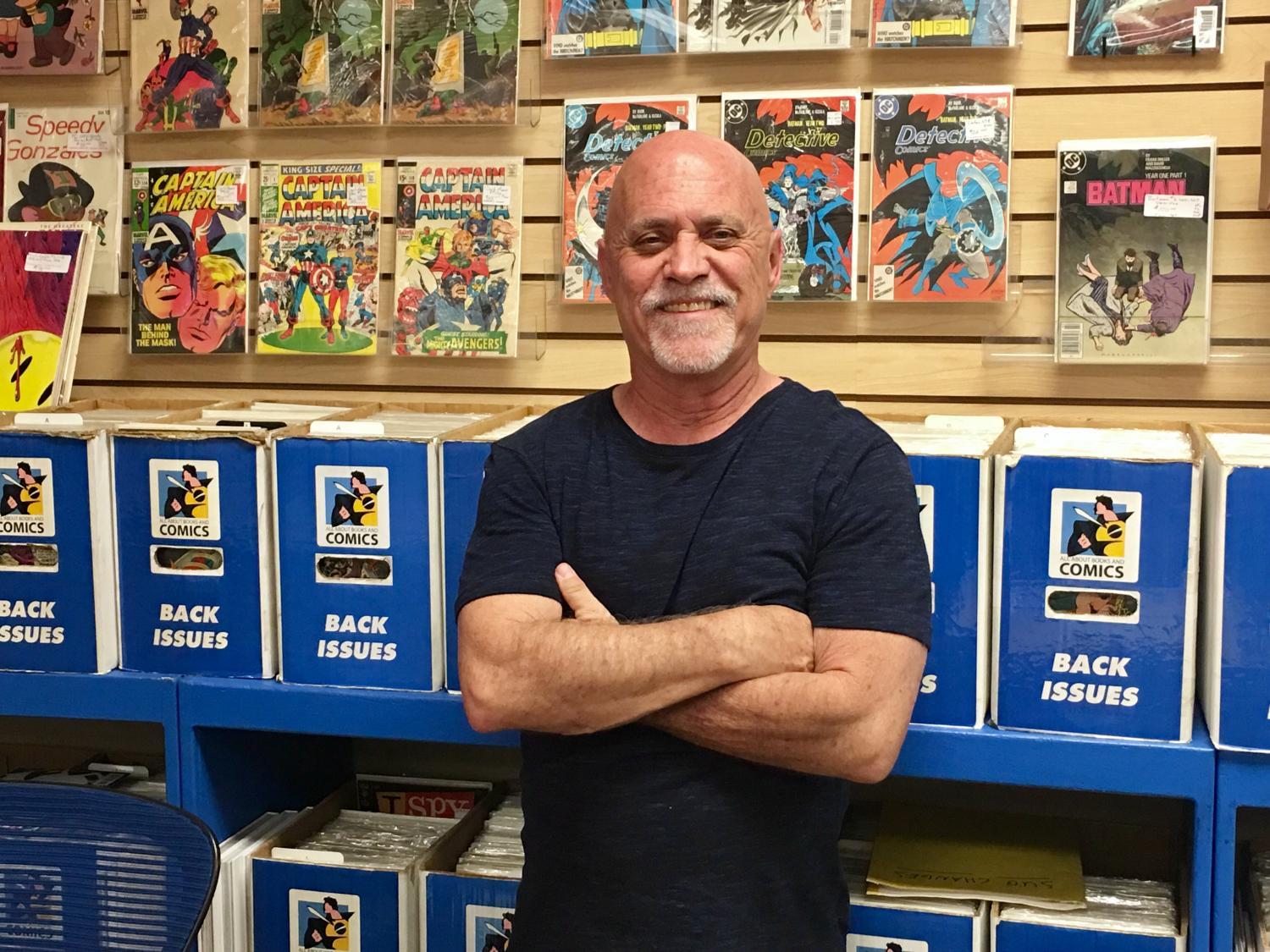 Christina Estes/KJZZ
Alan Giroux and his wife, Marsha, have owned All About Books and Comics since 1981.

That’s why All About Books and Comics at Central Avenue and Camelback Road is stocked with non-comics like Shazam ball caps, Justice League wallets and Wonder Woman umbrellas. While Giroux is grateful for customers looking for their favorite TV or movie characters, collectibles are his favorite.

“We use a point system which people don’t realize,” he said. “Point five is a very beat up comic book. Nine point two is a near mint minus. If you have something that looks better, you get rid of the minus in near mint, you could ask your price.”

Giroux estimates one of his customers in the Valley has a collection worth between $8-10 million.

Most individual monthly comics are priced at $3.99 and $4.99. They offer no income guarantees. Giroux orders from distributors and if they don’t sell, he can’t return them.

They ate a lot a couple years ago. About $20,000, Giroux said, after DC Comics relaunched its superhero book titles.

“They have to upgrade their characters at times just to get a new audience,” he said. “And when they do that sometimes, the older customers, because I have guys that have been shopping with me 30 years, fall away from it. They say, ‘This isn’t the character I remember, I don’t want to read this anymore.’”

So far this year, distributors have sold about $80 million of product to comic shops, according to Comichron.com, a website devoted to research about the circulation of comics. 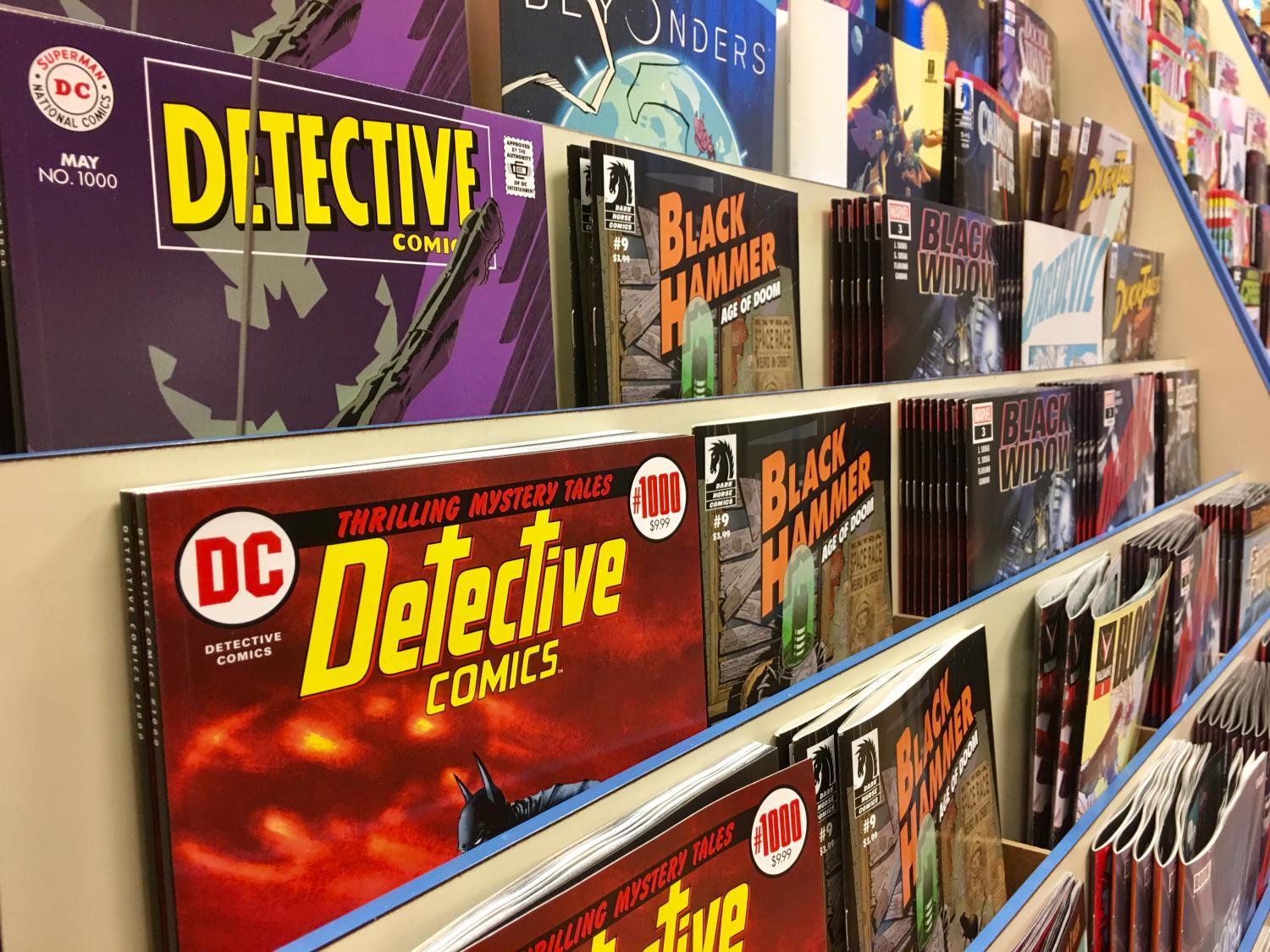 Stores could see a bump in business with this weekend’s Avengers movie opening. Liam Rains is looking forward to it. He recently visited All About Comics with his dad, Jason, who picked up his monthly subscriptions.

“It’s always nice to see a friendly face and also support my local store because it’s important for me to buy local and support local,” Rains said. “l have many choices. There’s online, but I want to touch, feel, smell and have the ambiance, have the atmosphere and enjoy that when I come in.”

Liam likes to watch his dad pick out comics, but the 8-year-old is not a big reader of comics and that worries Alan Giroux when he thinks about the future. So does some of the industry chatter.

“Lately, there’s been stories on sites that I go to as a retailer … and they always list on their site the stores that open in the U.S. and overseas and the stores that close, and it’s two to one of stores closing,” he said.

When Giroux and his wife decide to retire, he says it’s likely All About Books and Comics will close. There’s just not a market, he said, for someone to pay for his inventory—about a million books.

“You got to cover yourself for that because somebody could come in, and this has happened to stores, where ‘Yeah, I’ll put x number of dollars down, I’ll pay you the rest over you know balloon payments over the next five years, and they sell all the good stuff and you’re stuck with stuff that’s only going to give you 99 cents,” he said. “So when I leave here, we leave for good.”

He’s had a good run — just like Superman, his favorite series.

“There’s been very few rough stops, mostly happy times doing this,” he said. “And how many people can say that?”

"There’s been very few rough stops, mostly happy times doing this. And how many people can say that?"
— Alan Giroux, All About Books and Comics owner

Four doors down from All About Books and Comics is the Comics Discount Hub, 300 square feet packed with back issues selling for 99 cents each.

“Some of this is worth more than 99 cents, but I have a lot of it in stock,” Giroux said.

Between the Discount Hub and storage, he has about 850,000 comic books ranging from Looney Tunes Wile E. Coyote and Road Runner to Captain Marvel.

Free Comic Book Day is May 4, 2019. It began as a promotional campaign for publishers in 2002. Participating independent comic book shops across North America provide free comics to customers. Each store determines how many books it will give away. 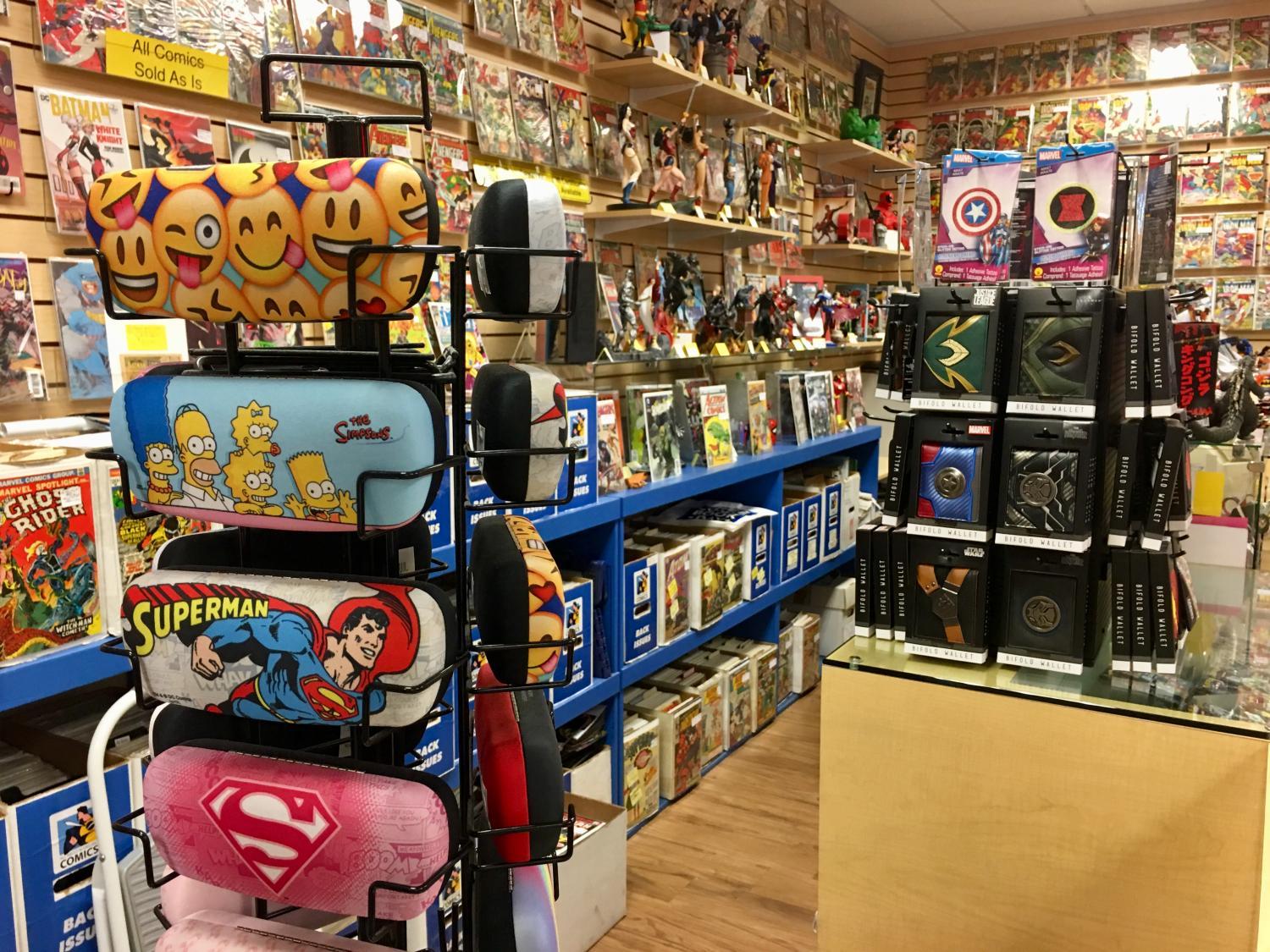