Phoenix Wants A Dutch Bros. To Move — Because It's Too Popular 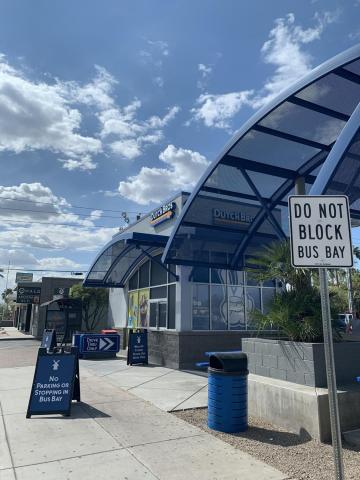 Amanda Luberto/KJZZ
Sign at Dutch Bros. at Camelback Road and Central Avenue in Phoenix saying to not block bus bay.

LAUREN GILGER: Well, usually when a business has to close its doors, it’s because it’s not bringing in enough people. But, for one little grey and blue Dutch Bros. hut with the windmill logo, it has the opposite problem.

STEVE GOLDSTEIN: The Dutch Bros. stand on Camelback Road and Central Avenue in uptown Phoenix is being forced to close its doors. Basically because it’s bringing in too many people.

GILGER: Phoenix’s Planning and Development Department filed to repeal the shop’s drive-through permit because it was crowding other businesses around it and, often times, blocking the bus stop.

GOLDSTEIN: Apparently, popularity has its drawbacks.

MARLY MAXWELL: My No. 1 priority along with a lot of the other workers here is making sure every customer that rolls through feels like royalty, feels like someone.

GOLDSTEIN: And customers do like to just hang around.

MAXWELL: I love Dutch Bros. because of the people and just like the energy. I usually come for the people, to talk to them, because I like making new friends.

GILGER: So what is it about Dutch Bros. that people are obsessed with?

GOLDSTEIN: Don’t ask me! Here are a few folks we met at the Central and Camelback location and what their favorite orders are.

CUSTOMER 3: The Hawaiian kicker which is espresso with soy milk and I feel like I have to have it

CUSTOMER 4: I ordered a tiger's blood.

AMANDA LUBERTO: Can you explain to me what that is? 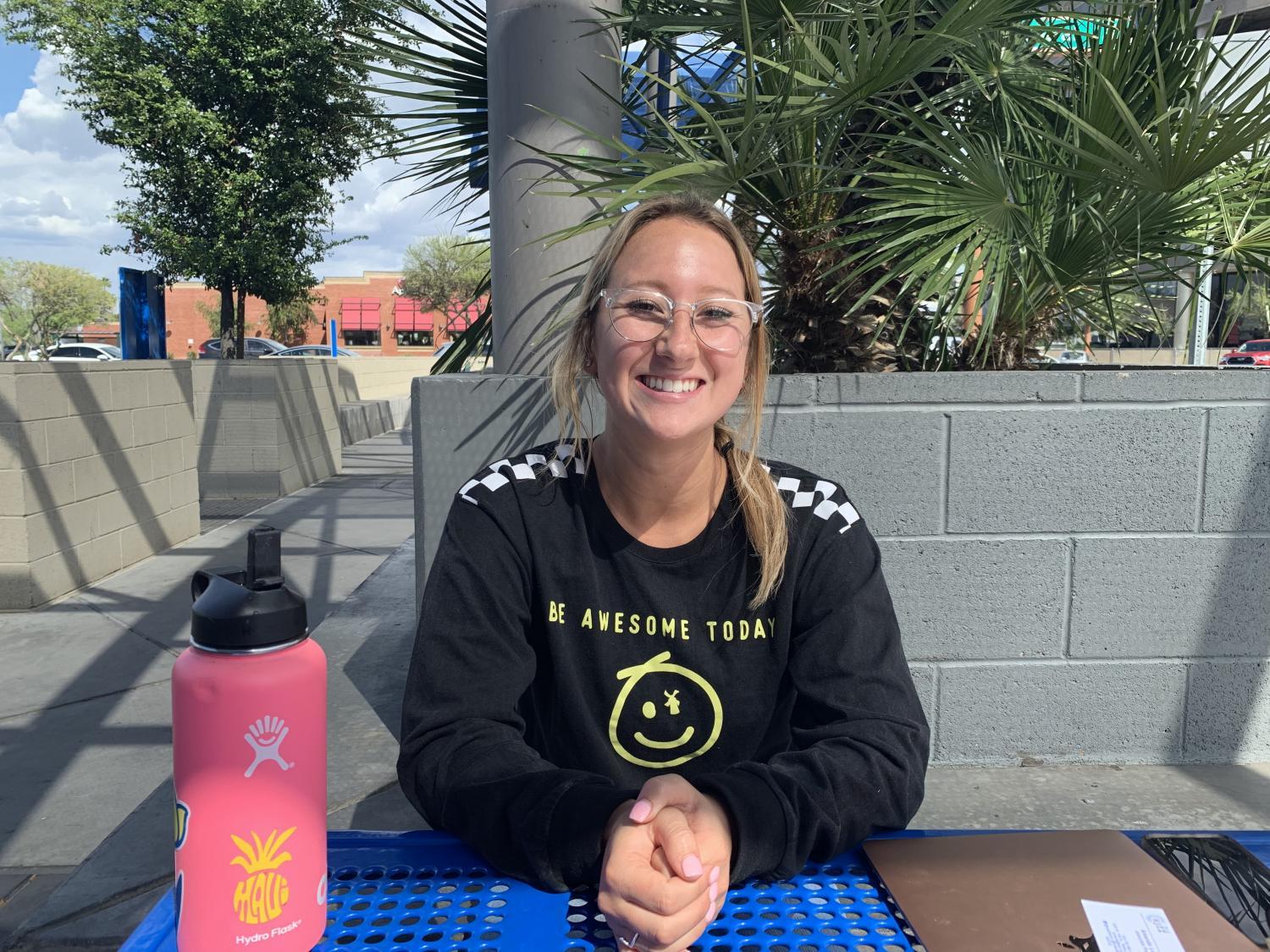 CUSTOMER 4: Tiger's blood is a tea and it just has like different flavors of fruit and it looks so cool when you get it in the cup, it's very colorful.

GILGER: The shop has tried to help alleviate the traffic situation. They closed their walk-up window so that people don’t park other businesses’ lots and changed their drive-through to two lanes.

MAXWELL: At this stand specifically we’ve integrated a cash system, so most of the time if your drink is being made, we will try to run it out as quickly as it’s being made so that it’s not just sitting there. So that way you can get on with the rest of your day. And it’s been really fun to watch but there’s definitely more growth to happen to improve this stand.

GILGER: The city has given Dutch Bros. until March to move and the stand is already looking at a plot down the street with a much bigger parking lot and room for a longer drive-through line. So, Steve, if you want to get your favorite Iced Kicker, you can get it soon at the new location.

GOLDSTEIN: Phew! Because you know I’m addicted to the Annihilator.

GILGER: That's something I've always wanted to hear you say! 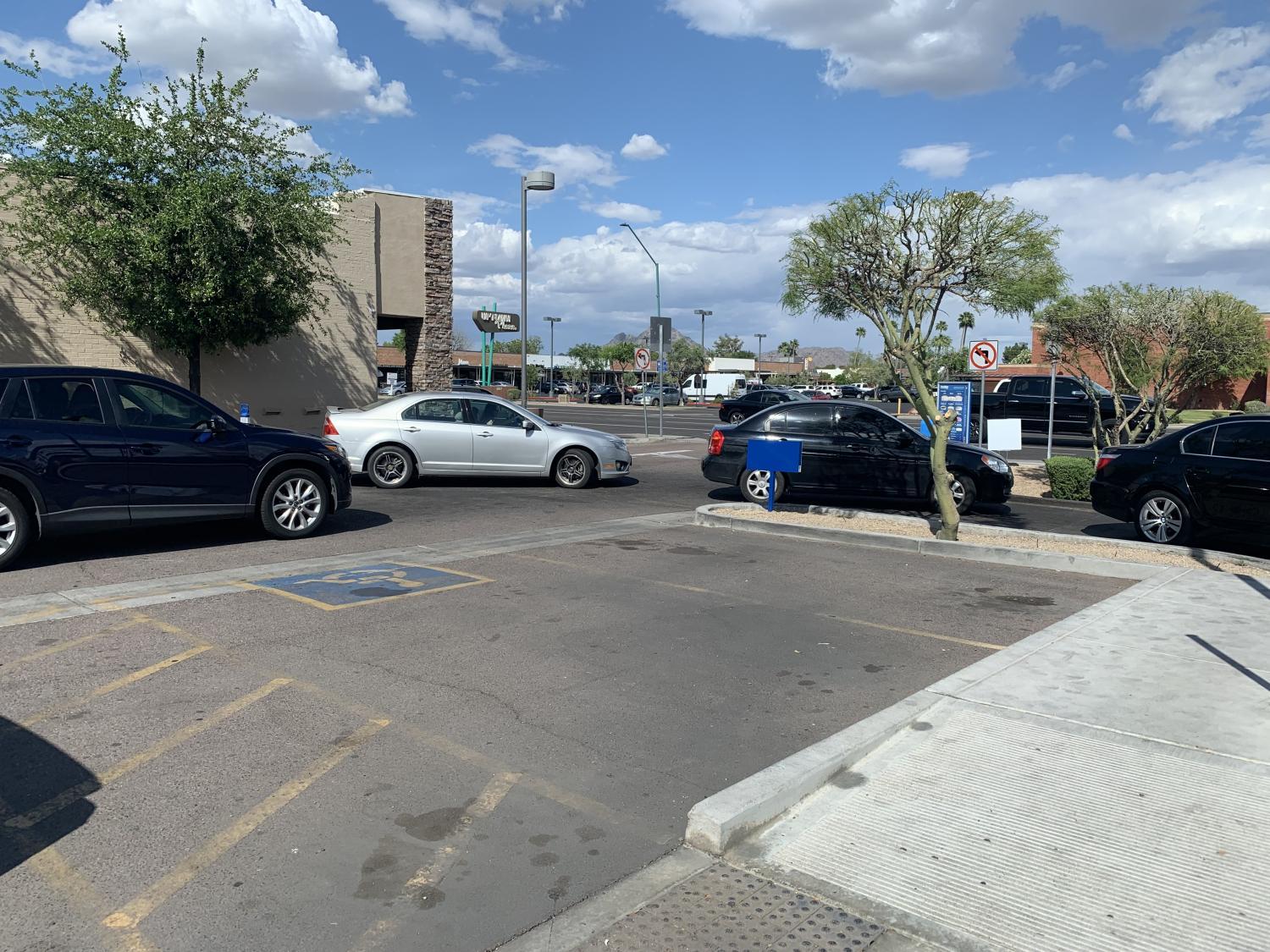