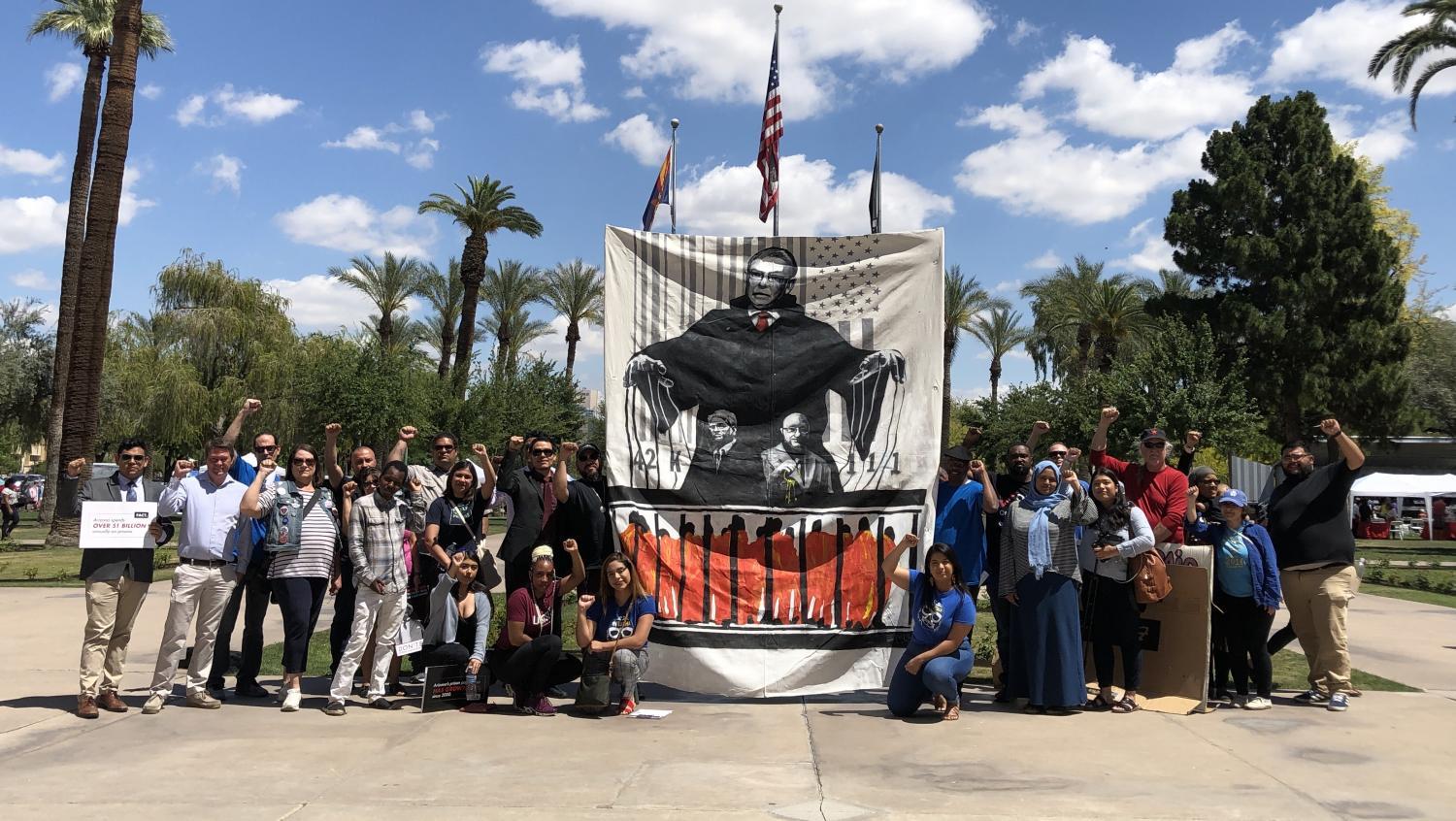 Abril Gallardo/LUCHA
A mural by an Arizona artist that was revealed at a LUCHA rally in the Capitol on April 17, 2019.

They charge that the county attorney’s criminal justice policies are the driving force behind Arizona’s fourth-highest imprisonment rate.

The Maricopa County Attorney’s Office responded by saying they are sending fewer people to prison. In their newsletter, they countered with data and said, “Maricopa County actually now accounts for less than half of the state’s prison commitments.”

The attorney’s office concluding by saying there is no “one size fits all approach to promoting public safety.”

But LUCHA, which stands for Living United for Change in Arizona, says their organization has proposed sentencing reforms — and Montgomery has opposed them every step of the way.