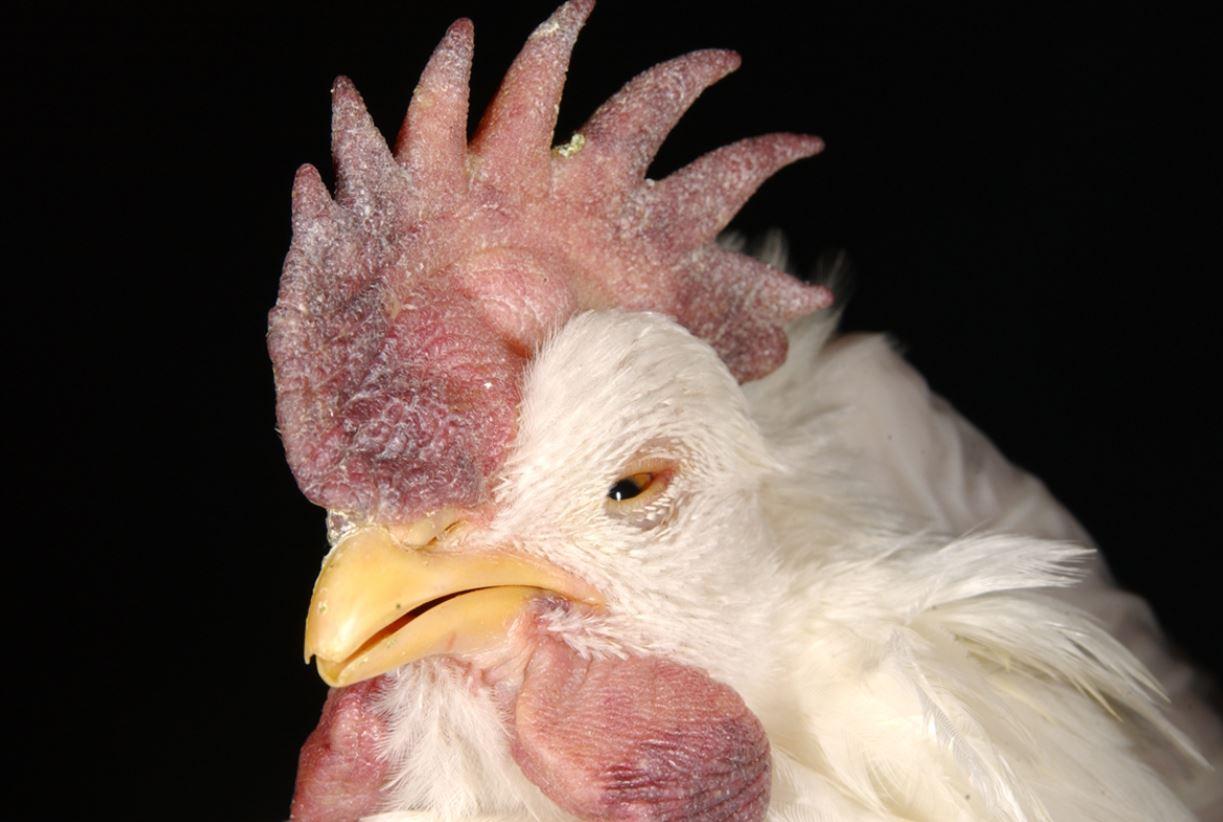 USDA-APHIS
Swelling and purple discoloration of the chicken's comb, wattles and eyelids are symptoms of virulent Newcastle disease.

Virulent Newcastle disease has been found in an Arizona chicken flock for the first time since the outbreak began last year in California.

It’s been found in Arizona near Flagstaff in a backyard flock of eight chickens.

Tests show the strain is part of the Southern California outbreak.

Arizona state veterinarian Peter Mundschenk said the Department of Agriculture is working to find the source and keep it contained.

“It’s pretty much been in backyard birds, but they’ve had a couple spillovers into the commercial flocks in the areas. So that’s what we’re trying to prevent by having the surveillance zone so we don’t get the spread of the disease like California’s had.”

Mundschenk said they will keep looking in a one kilometer area around where the disease was found to locate the source.

Mundschenk said one source could be a chicken keeper who was trying to protect their birds from quarantine in California and so brought them to Arizona. The Department of Agriculture is still trying to find the source.

Food eaten from a sick bird, like meat or eggs, will not affect humans.

Mundschenk said it’s crucial to find the source and keep it contained where it was found to avoid it getting into commercial flocks.

“We don’t want it into the commercial flocks because it’s fairly fatal," Mundschenk said. "So they’re going to have to eliminate their birds out of the flock, or we would have to depopulate the flock anyway. It could adversely affect the commercial trade internationally."

Birds with the disease have breathing and swelling symptoms. Mundschenk says chicken keepers can call the state poultry hotline or agriculture department if they suspect their birds have the disease.

Mundschenk recommends backyard bird keepers to practice extra biosecurity caution when going from one person's flock to their own, and not to share feed, water equipment and cages between chicken flocks.

EDITOR'S NOTE: This story has been updated to clarify what the state veterinarian recommends for backyard flock biosecurity.