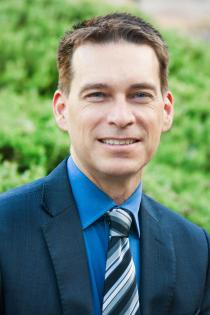 The Tempe City Council has the power to discipline its members for violating its code of conduct and after last year’s election, that could include removing them from office.

The council is scheduled to discuss the behavior of Councilman Kolby Granville at its meeting Thursday.

Granville was a teacher at a Tempe charter school until he was fired in December 2017.

Former students of the school allege Granville served alcohol to them after they graduated and made unwanted sexual advances.

Police did not charge Granville with a crime.

Tempe hired an outside lawyer to conduct an investigation into whether Granville violated the city’s code of conduct.

In interviews, Granville says he did date a former student, but denies facilitating underage drinking.

The city redacted Barnes’ recommendations from the documents it released. Barnes is scheduled to discuss her findings with the council Thursday.

Below are the documents Tempe has released in relation to the investigation.

All direct quotes are from this interview.

This document outlines the outside lawyer’s findings. The recommendations for what the city should do are redacted.

“Overall, Mr. Granville came across as somewhat evasive and deceptive at numerous times, while at other times trying to be very cooperative and open about his actions, when he was characterizing them as appropriate and being a self-proclaimed good guy.”

The investigator lists code-of-conduct personnel rules that could be applicable to Granville’s actions, including those related to abusive language, behavior or conduct, not meeting a standard of workplace civility and engaging in conduct that “causes discredit to the city.”

Granville said he disagreed with the conclusions and wanted to correct “characterizations” of his responses in the interview.

He added that in several instances the investigator confused stories or misstated his words. He listed these in a six-page letter.

“None of Mr. Granville’s responses or objections cause me to change the findings and recommendations in my December Memorandum with respect to the evidence.”