Out of nearly 47,000 miles that make up the nation’s interstate system, Arizona stands out. Specifically, a 63-mile stretch in the southern part of the state. But in 2009, the route nearly lost its unique selling point.

Interstate 19 is the country’s only continuous highway that lists distances in kilometers, not miles. Starting just north of the border at Nogales, Interstate 19 stretches 101 kilometers to Tucson.

“It has been a good location for us, just off the interstate,” said Don Herk who owns Arizona Family Restaurant just off Exit 62, about 40 kilometers south of Tucson. “We opened this in 1976.”

“There was a push to move the U.S. to the metric system,” said Tim Tait, communications director for Arizona Department of Transportation (ADOT).

While distance signs were installed in metric units Tait said speed limits were not.

“And that was probably a good idea, especially for enforcing the speed limit. I could see there could be problems if they were in kilometers,” he said with a laugh

For 30 years, drivers kept an eye on their miles per hour and watched for signs explaining how many kilometers to Green Valley, Rio Rico and Mexico. Then, 10 years ago, Arizona decided to change. Using federal stimulus funds, the state prepared to update more than 2,000 signs along I-19 with signs that would be easier to see — and replace kilometers with miles.

So did many others- and they made sure ADOT heard them.

“It was a very hot issue,” Tait said. “There were strong opinions on both sides of the issue”

Changing to miles would involve changing exit numbers. Tait said ADOT considered using signs with new and old exit numbers, but no one really liked the idea so the metric system survived and the money went to other highway projects.

Back at Arizona Family Restaurant, Rick Hall remembers driving I-19 all the time when he lived in Green Valley. It irked him then — and now.

Hall won’t give an inch.

“You got miles per hour on the signs and kilometers marked on the distance,” he said. “All that does is messes everybody up.”

But Hall’s lunch companions are willing to give an inch — or 25.4 millimeters.

“It feels like we need to have both for a while,” said a fellow diner.

How Do You Pronounce Kilometer?

Past, Present And Future

That talk is reassuring to Don Hillger, president of the U.S. Metric Association.

“The future is it’s inevitable,” he said. “I like to say that because I think we’ll eventually get there.”

In 1975, President Gerald Ford signed the Metric Conversion Act designed to coordinate and plan the increasing use of the metric system. But it also said the conversion was completely voluntary.

Hillger said there was a lot of initial excitement but it slowed down and, in 1982, President Ronald Reagan disbanded the U.S. Metric Board.

“Not everybody bought into it because there wasn’t a coordinated effort,” Hillger said. "And it was always like, ‘Well, I’ll wait ‘till they go metric and I’ll follow’ or nobody seemed to want to be the first or the pioneers.”

Still, metric measurements are part of our daily lives. We participate in 5K runs, buy two liter bottles of pop, and 750 milliliters of liquor. The science industry relies on metric units and companies like Ford, John Deere and Procter & Gamble have converted some or all of their operations to metric. 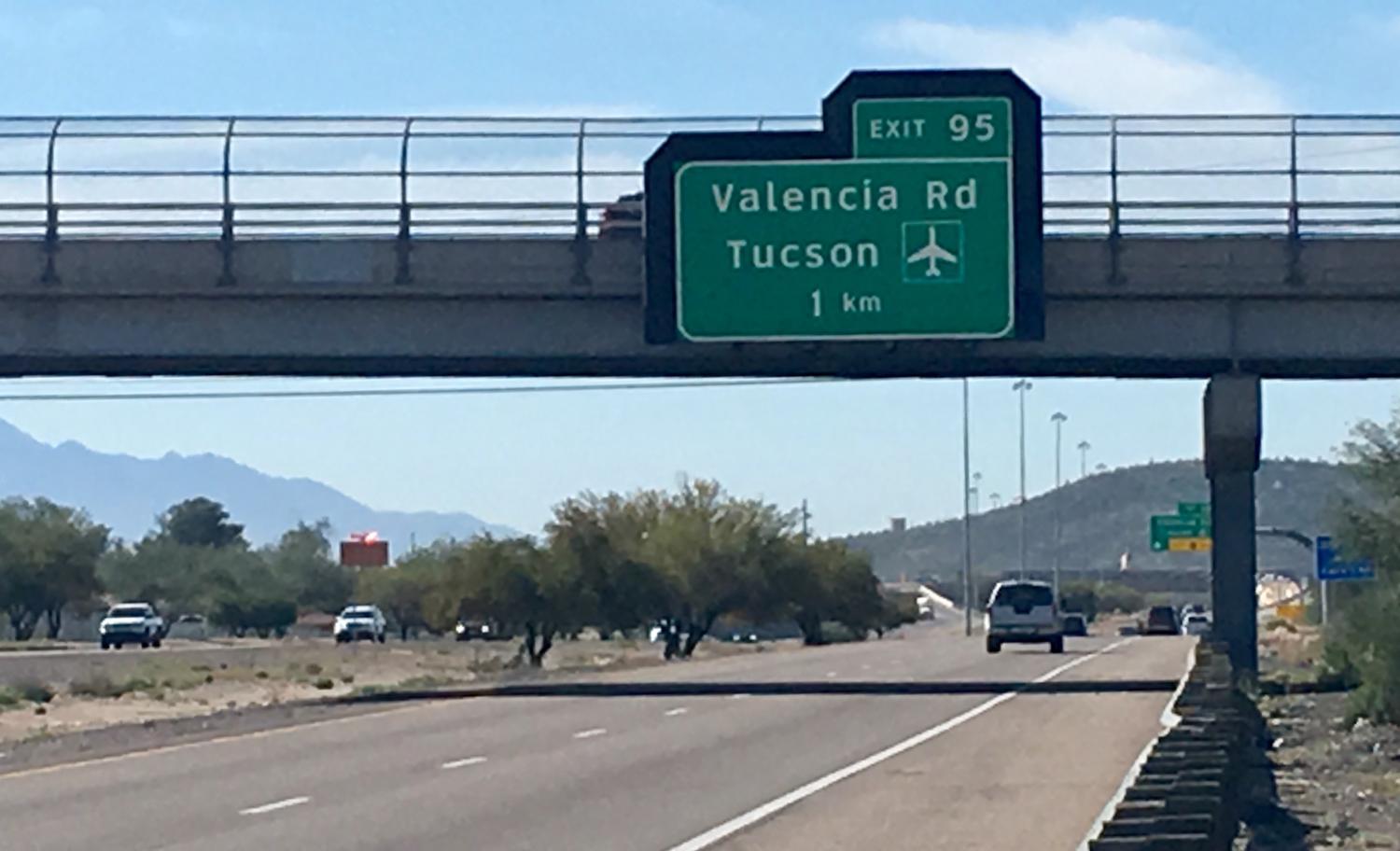 Christina Estes/KJZZ
Drivers are one kilometer (or 0.6214 mile) from Tucson.

“We certainly do the behind-the-scenes metric very well in this country, I believe,” Hillger said.

For now, we remain the only industrialized nation that hasn’t fully embraced the metric system. And Interstate 19 remains the lone highway with metric signs — and no plans to switch.

Rick Hall and other pro-milers could get another chance to make their case — if they’re prepared to wait about 20 years. That’s when signs along I-19 will likely need to be replaced.

“They can log things more accurately in the computer system that tracks maintenance activities or even our inventory system that tells us where we have signs or guardrail,” he said. “Because the rest of the state highway system is marked in standard units of measure, the kilometers are kind of an oddball, so we do have corresponding mile markers, but those are just for ADOT’S use. The highway for all intents and purposes is marked in kilometers.” 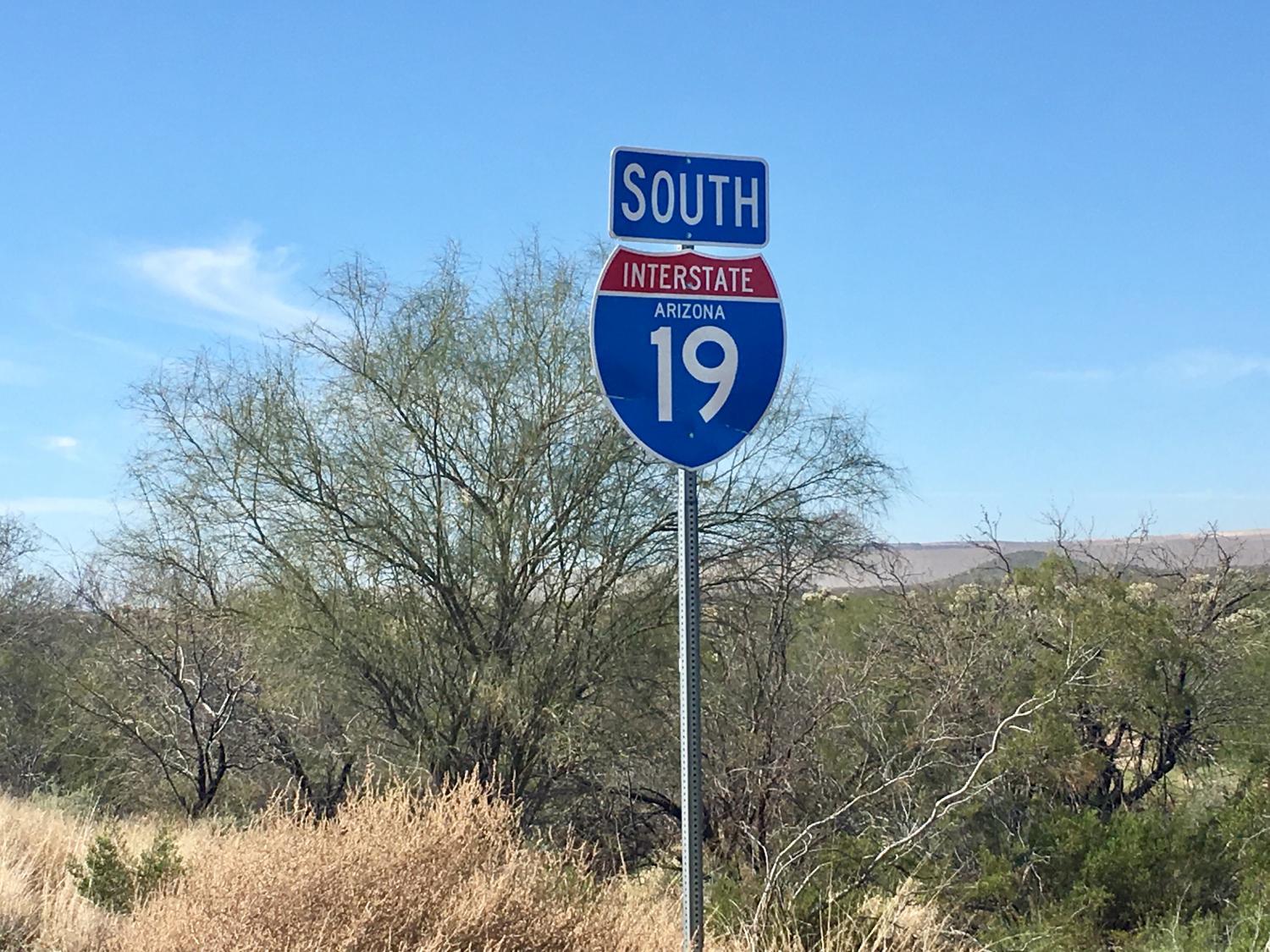 Christina Estes/KJZZ
Interstate 19 is the country’s only continuous highway that lists distances in kilometers, not miles. 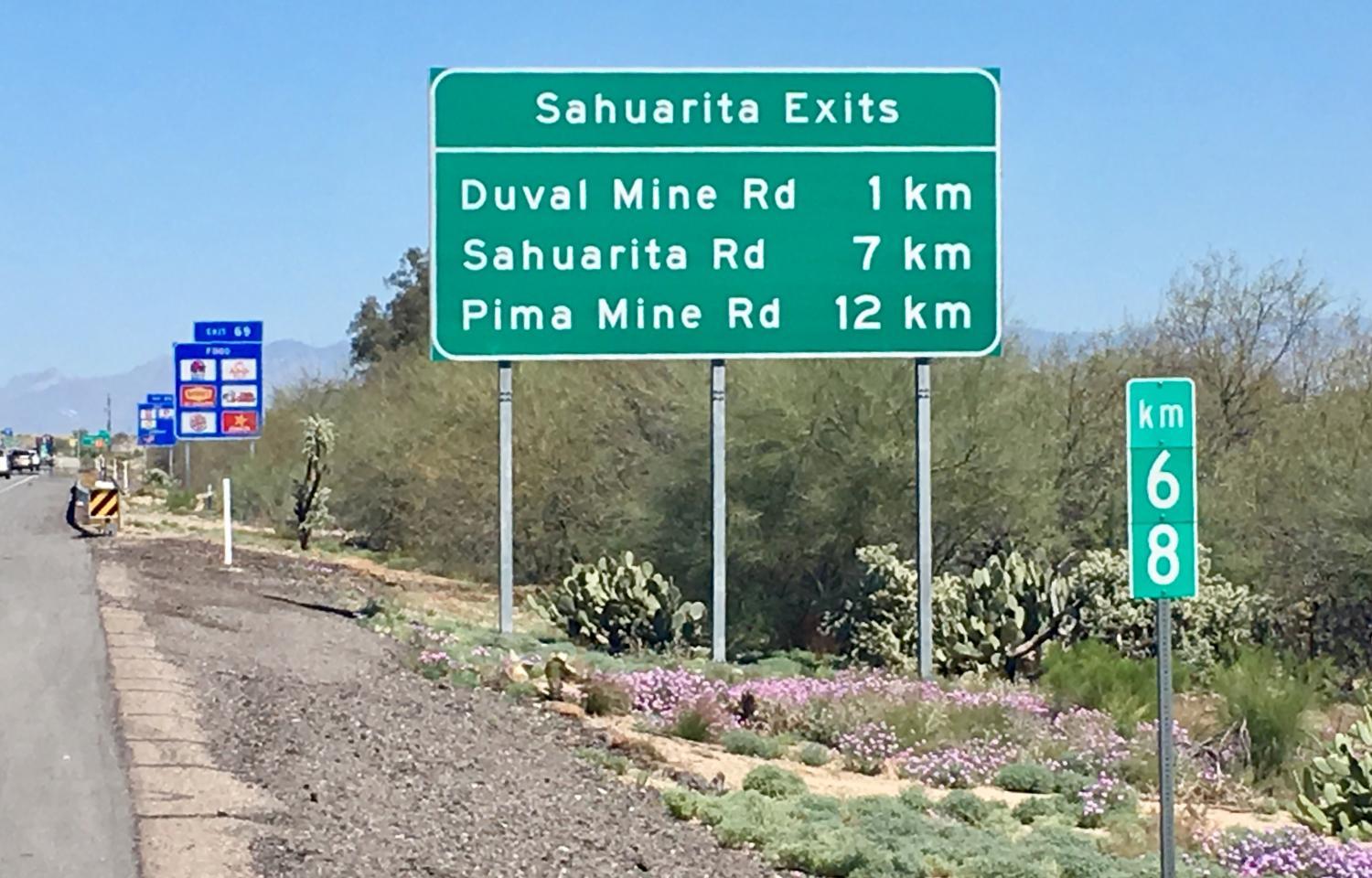 Christina Estes/KJZZ
After a public backlash, ADOT used the federal money on other highway projects and replaced the metric signs as needed with more metric signs. 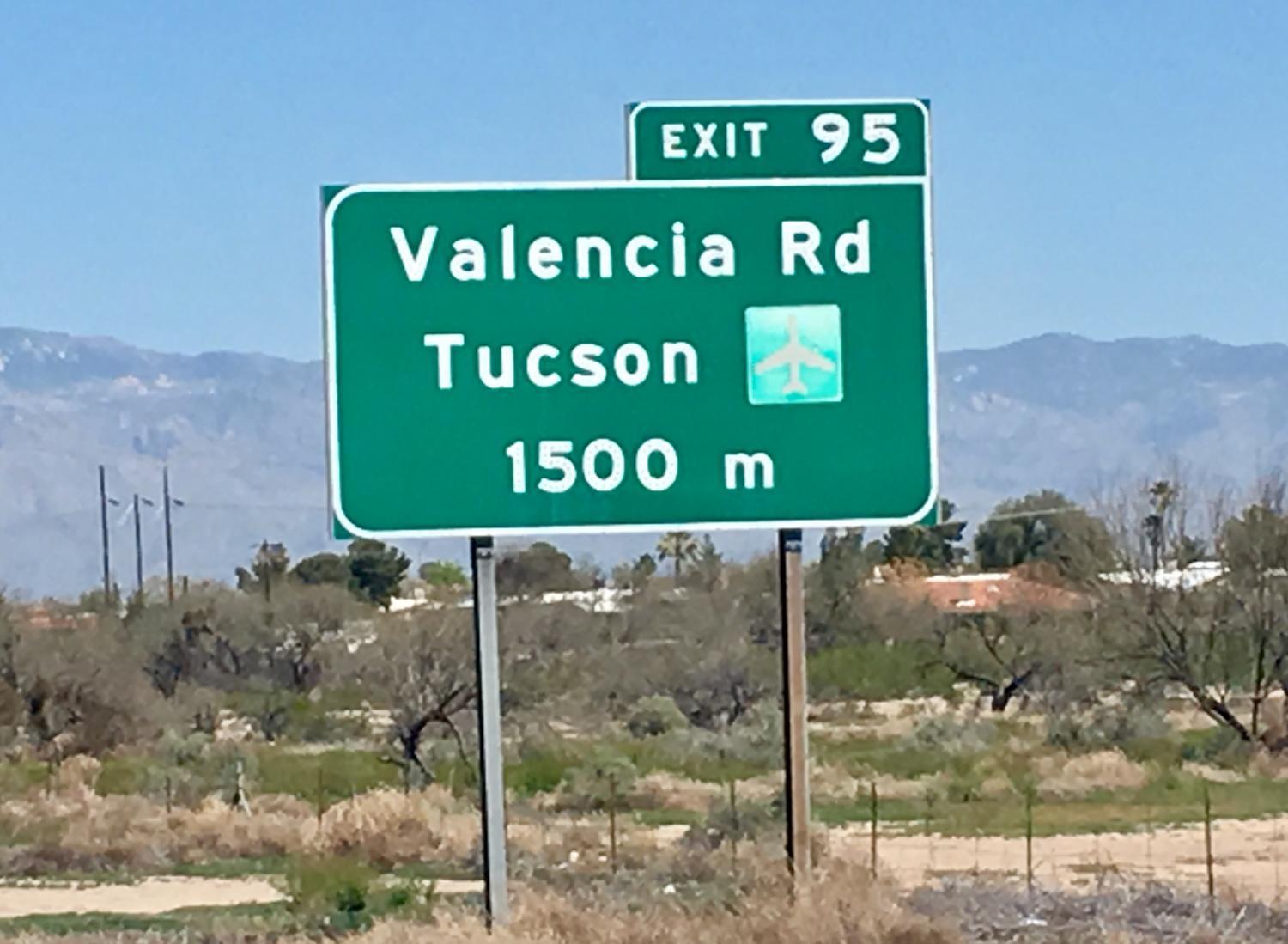 Christina Estes/KJZZ
In 2009, Arizona planned to use federal stimulus funds to replace signs that would be easier to see and replace metric. 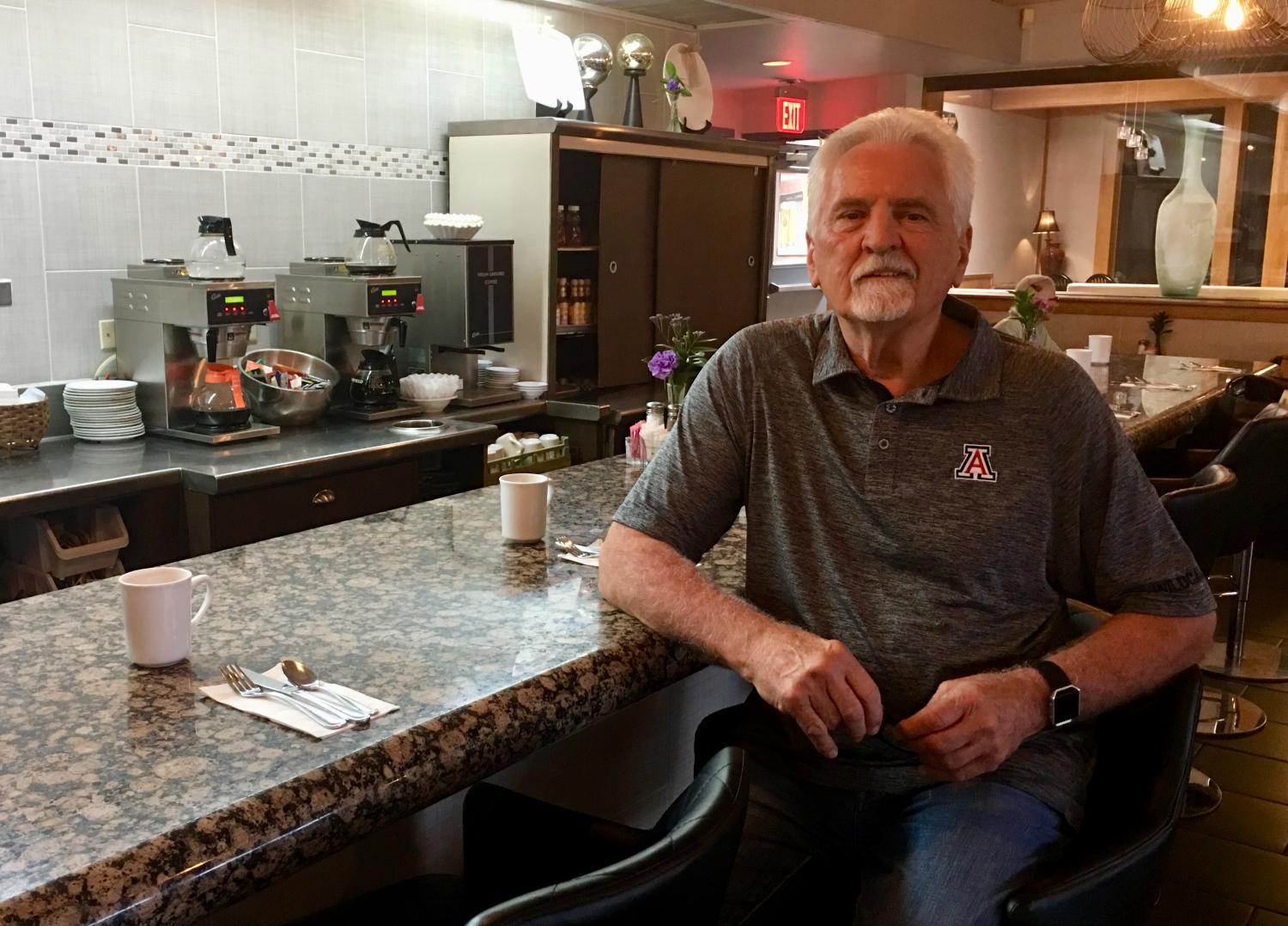