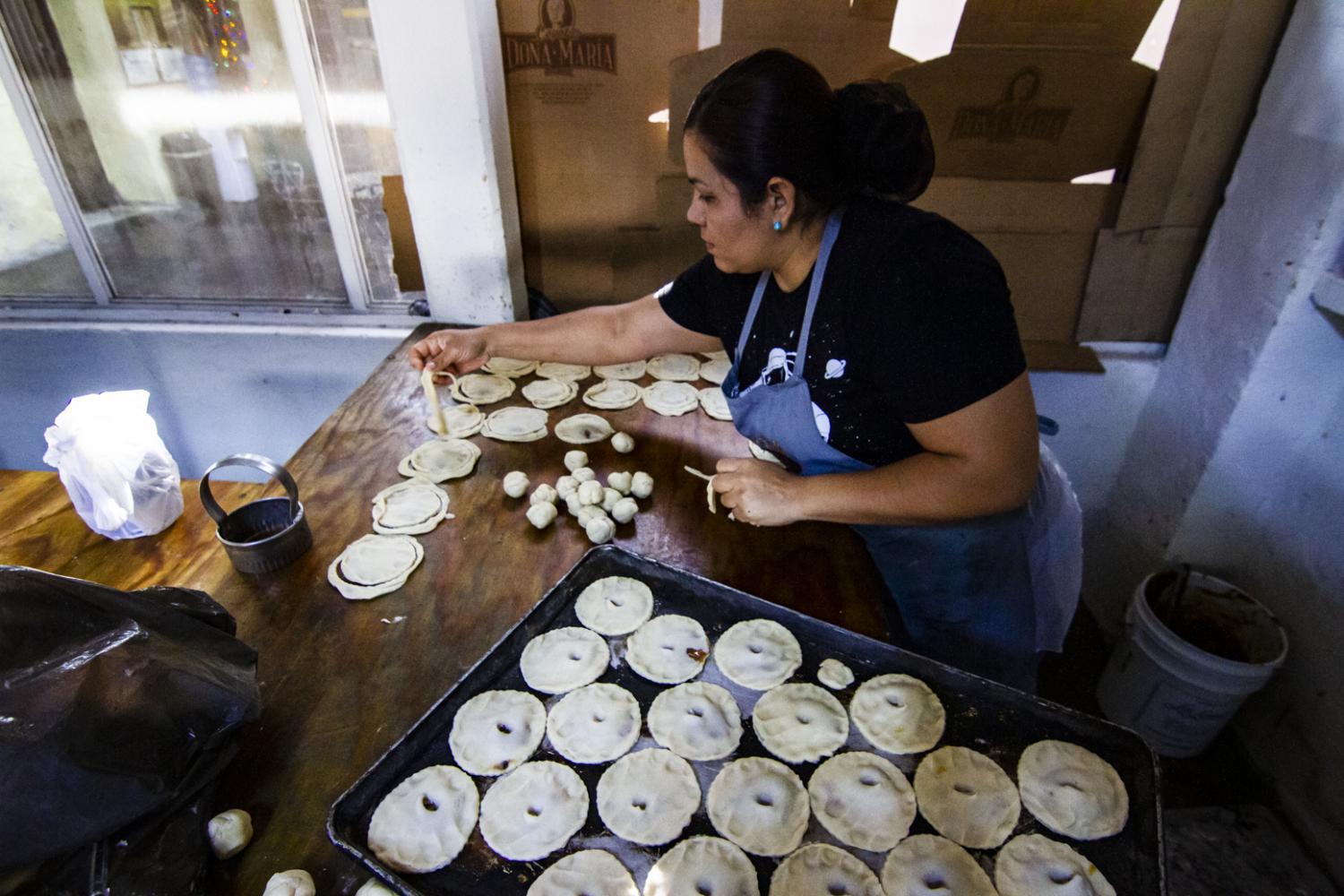 Getting Doña Coyo coyotas fresh on the weekend sometimes means standing in line.

“Three hours of waiting, and if they run out, you’re not going to get them until the next day,” said Gabriela Cuen, a Sonoran native visiting from her home in California. “Today we got lucky.”

On a recent weekend, they were walking back to their car in Hermosillo’s Villa de Seris neighborhood in less than ten minutes, with four warm packs. One of them is going back with her to California.

“They are so delicious, and it’s nostalgia. You want a piece of where you’re from wherever you live,” she said, adding that she’ll also send a pack to Tennessee where her son lives so he can keep enjoying his Sonoran roots.

Coyotas Doña Coyo is the first of a string of coyota bakeries in Villa de Seris. Sweet and savory smells drift into the street from historic, one-story adobe structures. 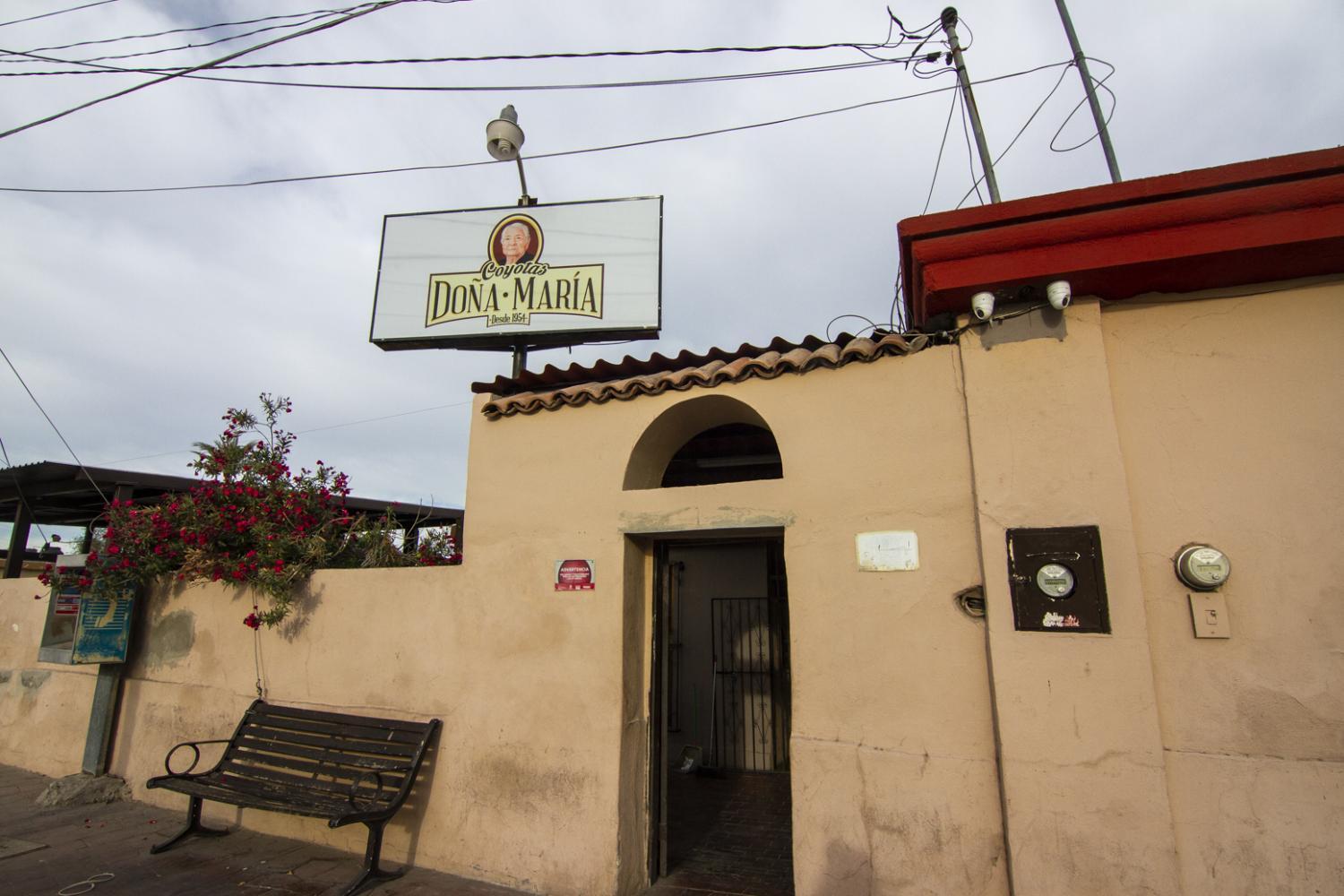 Murphy Woodhouse/KJZZ
Coyotas Doña Maria was the first to bake the thin, flaky pastries on a commercial scale in the 1950s.

Where It All Started

A quarter mile south is Coyotas Doña Maria, where the signature Sonoran pastries were first baked on a commercial scale in the 1950s.

Work begins early there, around 3 a.m., if not even earlier, according to cook Zulma Encinas.

Wielding a small rolling pin, Encinas is flattening out the dough for mini-coyotas. This batch will be filled with a mixture of cajeta, a caramel made from cow’s milk, and shredded coconut.

“Almost all of my family has worked here, and it’s a nice story,” she said. “My grandmother became a widow, and started looking for work to support her seven children. It turned out that Doña Maria needed a cook to feed the workers, and she started cooking there.”

The Doña Maria is Doña Maria Ochoa Gonzalez, the founder of the coyota bakery. Encinas’ aunts and mothers eventually learned how to make coyotas, a tradition that she eventually picked up herself.

“We feel — I feel very proud to be a part of this business,” Encinas said.

And Ana Catalina Moreno Ochoa, one of the founder’s seven daughters, is proud of the business her mother built from the ground up.

“My mother started in 1954, and at first was just making [coyotas] for the family,” she said. 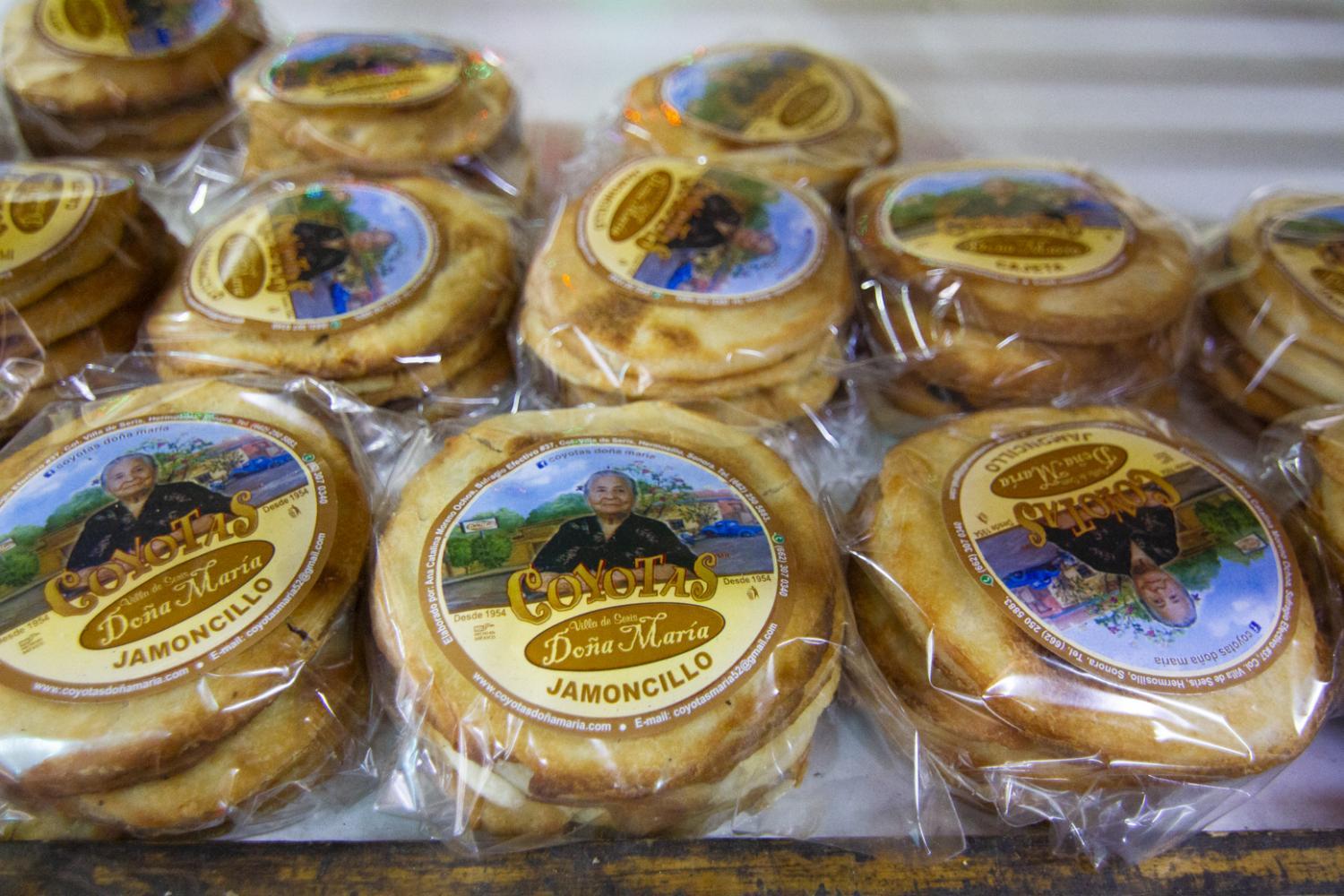 As the pastry’s reputation grew, her cousin Alfonso Durazo, owner of the well-known Hermosillo restaurant Xochimilco, asked her to provide them as a dessert. Soon the restaurant’s customers came to Doña Maria looking for more, helping the business grow even faster.

Other coyota bakeries sprung up in the area, but Doña Maria had an edge.

“Everyone’s got their recipe,” she said. “My mother has the original recipe.”

It came from a family friend named Agustina de Araiza.

The company experimented with exporting to the United States in the 2000s, but ultimately gave up because the fragile pastries don’t endure the journey well. They also taste best just out of the oven, not after days sealed in plastic wrappers. Dona Maria has never considered setting up a bakery in Arizona.

Many customers, like Cuen, simply buy dozens while visiting Hermosillo and take them back to their new homes across the United States. But there is some coyota baking going on north of the border. Matthew Casey/KJZZ
Minerva Orduño Rincon puts the finishing touches on a fresh batch of coyotas at her home in Tempe.

Minerva Orduño Rincon flips a switch and a food mixer starts her next batch of coyotas. The lard and flour start to form a dough.

To this dough, the architect-turned-line cook will add a syrup of water and the key element of her coyota recipe: piloncillo, unfiltered sugar with the molasses still in it.

“To me, it’s like that piloncillo scent is just such a strong memory,” she said.

Piloncillo doesn’t just go in the dough. Orduño Rincon also grates it for coyota’s filling. She took cooking classes after leaving architecture, worked in big kitchens and started a business that sold the pastries. It’s evolved into her teaching how to cook Mexican food.

“To me, coyotas from Dona Maria are authentic because that’s what I grew up with,” she said.

Orduño Rincon rolls balls of dough into round flat circles and lays them on a baking pan. Piloncillo filling goes on top, then another flattened circle of dough. Holes are poked so the Coyotas can vent while they bake.

As the pastries cook, they produce a delicious smell. One that takes Orduño Rincon back to her childhood -- when she and her sister walked with their mother through the part of Hermosillo where Coyotas were born. 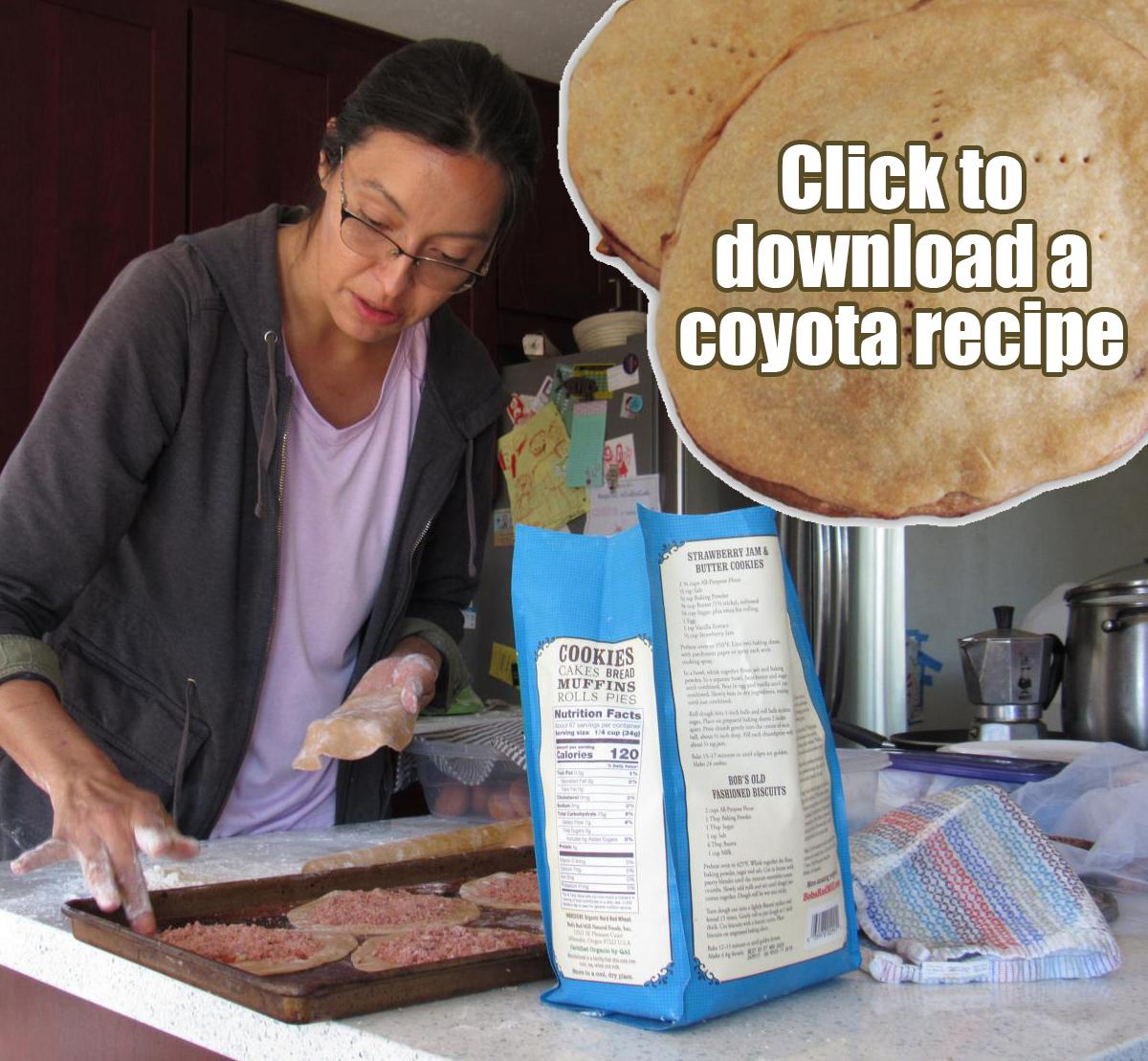