As Arizona Opioid Overdoses Spike, State Looks To Next Steps 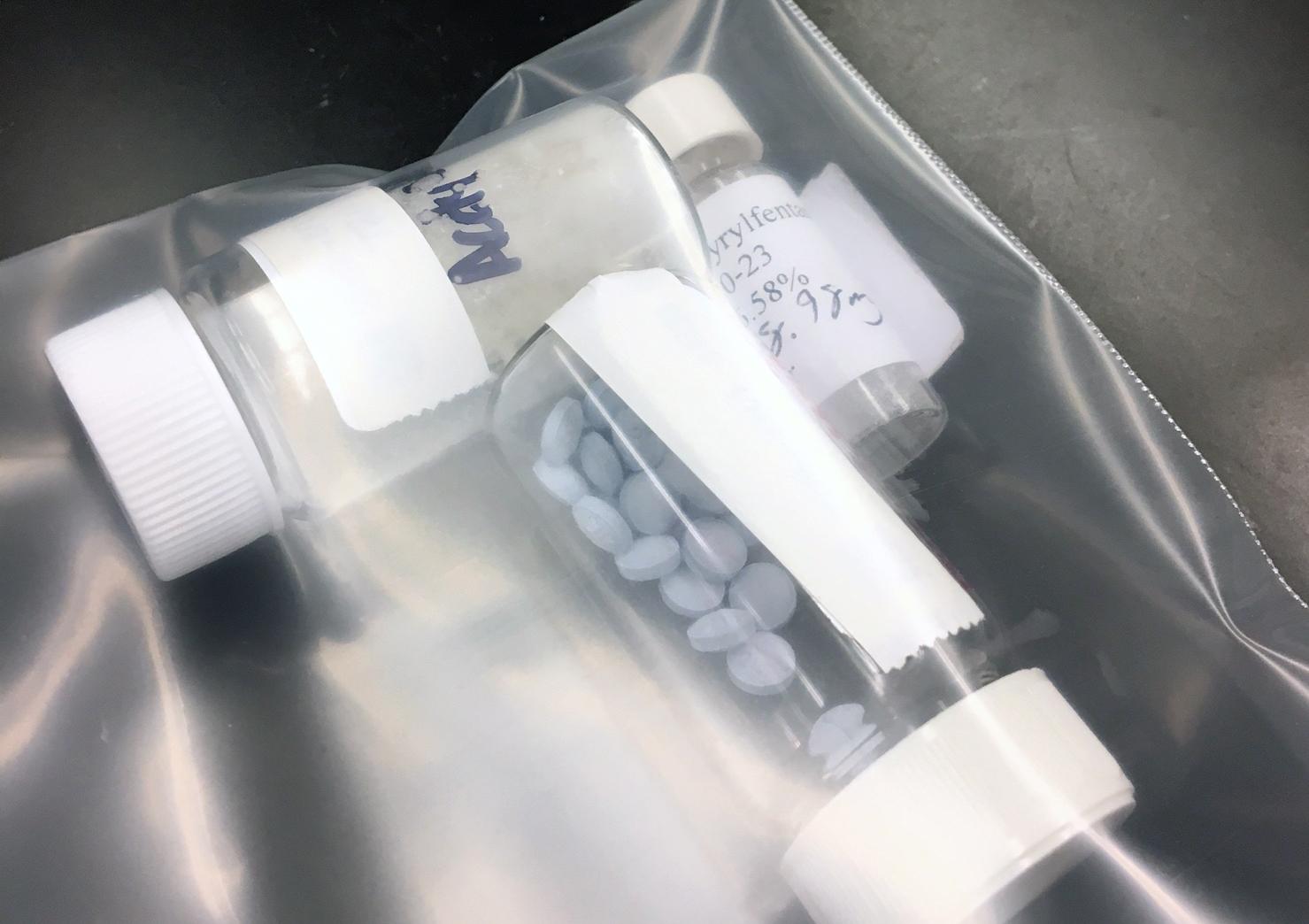 A few months ago, Brent Whitley’s patients began mentioning a drug of choice that was easy to come by on Arizona streets.

Whitley, a psychiatric nurse practitioner at Terros Health, had never heard of it before.

“They’ve been purchasing what is marketed as 'Mexican Percocets,' which are actually fentanyl,” he said.

Nationally, it’s now connected to more overdose deaths than any other drug in the U.S.

“I don’t know exactly how much these Mexican Percocets are selling for, but my understanding is that they are significantly less expensive than the other options,” Whitley said.

The surge in illicitly manufactured fentanyl in the Southwest became increasingly apparent at the Phoenix division of the Drug Enforcement Administration in early 2017.

Agents began finding fentanyl in powder form and tens of thousands of pills disguised as painkillers that had been smuggled over the U.S.-Mexico border. 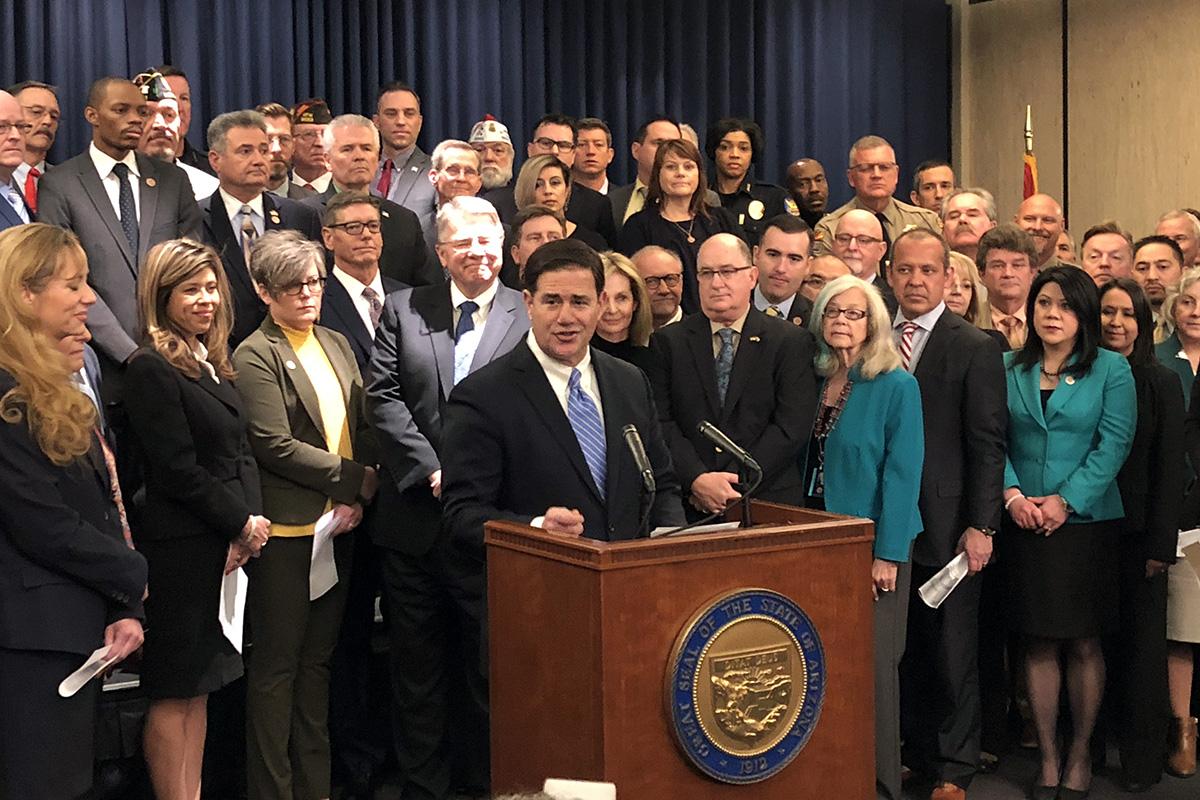 Will Stone/KJZZ
Gov. Doug Ducey called the Arizona Legislature into special session in 2018 to address the state's opioid epidemic.

By 2018, the DEA reports nearly 380,000 fentanyl pills were seized, along with more than 400 pounds of powder. This year is already on track to be even worse, according to a DEA spokesperson.

As fentanyl became increasingly prevalent in the state, Arizona Gov. Doug Ducey declared the opioid epidemic a public health emergency in mid-2017. Since then, fentanyl has become the most common drug involved in overdose deaths in the state.

Those involved in outreach to drug users in Arizona say they are finding fentanyl in all kinds of drugs — from meth to cocaine to heroin.

Now the pace of overdoses in Arizona appears to be accelerating.

Overdoses reached an all-time high in January — with about 600 more overdoses reported in that month than in September, according to preliminary state data provided to KJZZ News.

Dr. Cara Christ, director of the Arizona Department of Health Services, says they are still looking into what is driving the recent spike in non-fatal overdoses.

“The department is looking at this data. While our overdoses have gone up, the reported deaths have remained relatively steady, so that is a positive trend,” she said.

Christ cites the effort in Arizona to widely distribute the overdose reversal drug Naloxone as one possible reason that the death toll has not climbed significantly.

Her agency plans to convene public health experts from across the state next month to come up with a plan — much like what it did in 2017.

Many of those recommendations were eventually codified as part of the Arizona Opioid Epidemic Act, which state lawmakers passed in a special session at the beginning of last year.

Much of Arizona’s legislation focused on limiting physicians’ ability to prescribe opioids, as well as expanding access to addiction treatment. It also included a provision known as a Good Samaritan law that lets someone who witnesses an overdose call 911 and not be prosecuted for using drugs, too.

Christ says the results of the legislation are promising.

The number of opioid prescriptions filled per month in Arizona fell by about 20 percent last year.

“What this was supposed to do was to be a prevention effort, to prevent those who currently aren’t on opioids from developing opioid use disorder.”

But as more people lose access to prescription drugs — heroin is now involved in overdoses nearly as much as oxycodone in Arizona — some drug policy experts warn about limiting the availability of opioids.

“Simply cutting off or closing the faucet on prescription drugs tends to produce this unintended consequence of folks moving toward illicit supplies,” said Leo Beletsky, a professor of law and health sciences at Northeastern University.

"Simply cutting off or closing the faucet on prescription drugs tends to produce this unintended consequence of folks moving toward illicit supplies."
— Leo Beletsky, Northeastern University

Over half of the overdoses in Arizona now involve multiple drugs with benzodiazepines showing up in nearly a third of verified overdose deaths last year.

Beletsky says the state’s response to rising overdoses needs to deal with the reality of this “polysubstance or polypharmacy crisis.”

“It bears underscoring that as a nation, we are highly medicated. This is true on the pharmaceutical side, and it’s also true on the illicit supply side where people are using multiples substance,” he said.

He recommends harm reduction strategies to get people off dangerous combinations of drugs and an expansion of treatment like methadone and buprenorphine.

Arizona has a shortage of doctors who can provide medication-assisted treatment for opioid use disorder.

Compared to last year, talk of the state’s drug overdose crisis has remained relatively quiet at the Arizona Capitol.

More controversial efforts to reach drug users — like legalizing needle exchanges — have struggled to get a hearing.

Dr. Stefan Kertesz, a professor of medicine at the University of Alabama at Birmingham, says the effort to address overdose deaths by controlling prescriptions is like “pushing a string and hoping to affect what’s on the end of that string.”

“It looks really easy because it’s there for you to grab, but you actually are trying to move something at the end of it in a different direction,” Kertsez said. “We have a complex web of death from addiction in which the people who are at risk of dying are procuring whatever is out there.”


Meanwhile, Kertesz is among a growing number of physicians who are concerned the crackdown on prescribing in states like Arizona has gone too far.

Earlier this month, he along with hundreds of health professionals, among them three former drug czars, submitted a letter to the Centers for Disease Control and Prevention raising concern about the “widespread misapplication” of its 2016 opioid prescribing guidelines — the ones that Arizona and many states have looked to when making policy.

“The problem is that all of the other entities in health care are invoking the CDC’s authority to push very aggressive actions against patients who do receive opioids on a long-term basis,” he said.

In some cases, this has led to legitimate patients with chronic pain losing access to the medication, not for a clinical reason, but because physicians are afraid to prescribe.

“It’s a bad setup and a situation that leads to bad care,” Kertesz.

The letter asks the CDC to issue a “bold clarification" about its guidelines and "what it says and what it does not say, particularly on the mattes of opioid taper and discontinuation.”

Forcing stable patients off their medication wasn’t the intention of Arizona’s law, which exempted those with certain serious conditions or who were already on opioids.

But the ripple effect of the policy is just one more thread in a series of crises that Arizona and the nation are trying to untangle. 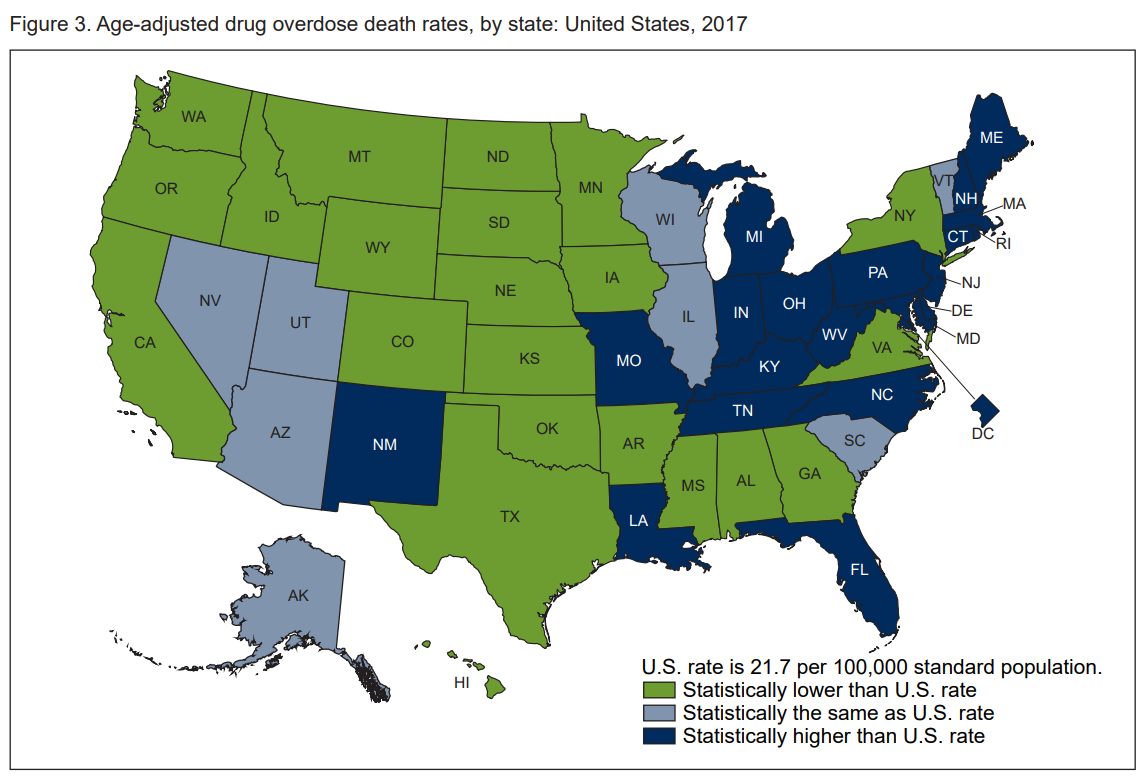 EDITOR'S NOTE: This story has been modified to correct Brent Whitley's title.