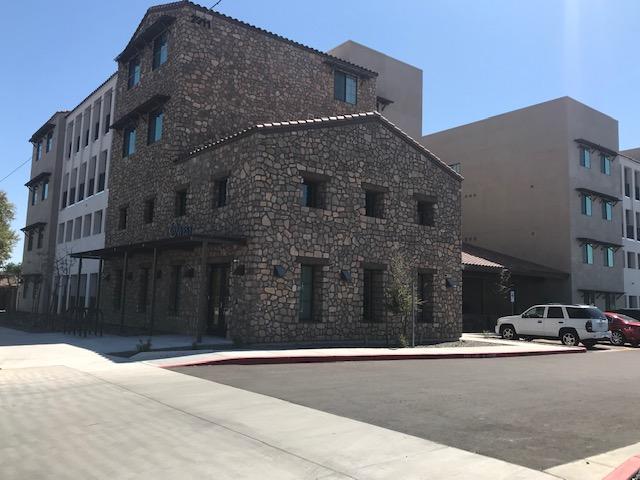 Home sales nationwide have begun to slow, yet analysts predict this year Arizona’s housing market will experience its fastest growth in more than a decade.

That’s good news if you can afford to buy an average home in Phoenix.

Those that can’t are among some 940,000 other Arizonans who rent. Of those tenants, about a quarter are existing as “extremely low-income” renters. According to the National Low Income Housing Coalition (NLIHC), that’s effectively earning no more than $24,000 annually as a family of four.

The NLIHC estimates there are only 55,000 affordable rental units in the state, leaving three out of four low income earners struggling to find an apartment within their budget.

And, as income drops, so do options for finding an affordable place to stay.

“In order to afford a market rate apartment, someone would have to work 120 hours a week at minimum wage,” Darlene Newsom said. As the CEO for UMOM New Day Centers, she focuses on stopping the hemorrhage families face when nearing homelessness.

On Wednesday, the organization held its grand opening for 19West, a 54-unit complex near Morten and east of Interstate 17.

“So, this is a two-bedroom, two-bath apartment,” Cassidy Penney showed off an example of a unit meant for a smaller family. “I imagine a single mom with one to two small children living here.”

It is immaculate with wood-style vinyl floors, new appliances, and contemporary fixtures.

It’s a far cry from what its new tenants were used to.

"Many people who become homeless had no idea that they would ever be in that situation."
— Darlene Newsom, CEO for UMOM New Day Centers

Last summer, at age 65, Susan Goeser and her husband were balancing medical costs when it forced them out of their apartment and into an extended stay hotel.

“We were just trying to get enough money together to afford an apartment,” which included first and last month’s rent, she recalled.

Both were retired and living on Social Security when he died in November of last year.

It left her facing an increasing weekly cost as tourist season began ratcheting up the hotel and surrounding housing rental rates.

“I could no longer afford it,” said Goeser, “So I packed up everything and I moved into my car.”

Sitting in the lobby of 19West, the idea belies her appearance. She is a thin, well-groomed woman who admits it was the furthest idea from her mind before her husband died.

Determined, she said she drove to a Walmart and, “I bought a $30 tent and headed up to the McDowell Mountain Reserves,” where she made do through the Arizona winter. “I had blankets and I had my chocolate lab, Doc, with me.”

“Many people who become homeless had no idea that they would ever be in that situation,” Newsom said.

She has found many were caught off guard in 2008. “When the recession hit, we had a lot of families who became homeless and the only thing they still had was the car they were driving around in.”

At the same time, Arizona lawmakers placed a cap on state spending for affordable housing cutting it by more than 60 percent to $2.5-million dollars.

“That's not going to go very far,” Newsom has warned lawmakers trying to convince them to restore the Housing Trust Fund they raided more than a decade ago.

It would take $40 million for lawmakers to restore the Housing Trust Fund to its original 2007 balance, but would allow UMOM to provide families and individuals like Goeser similar cheerful and safe apartments like 19West.

For now, the organization is forced to slowly supply affordable apartments using the Low Income Tax Credit program funded by the U.S. Department of Housing.

It would also help UMOM assess potential tenant needs so that, when they enter, the system will match their income as the renter’s life stabilizes.

Nearly all of the 54 units at 19West are rented and the waiting list for three bedroom units is growing.

After four months surviving in her car, Goeser is one of the lucky first to move in.