Arizona Sen. Martha McSally Wants Answers From DHS On Migrants Being Dropped In Phoenix, Other Cities 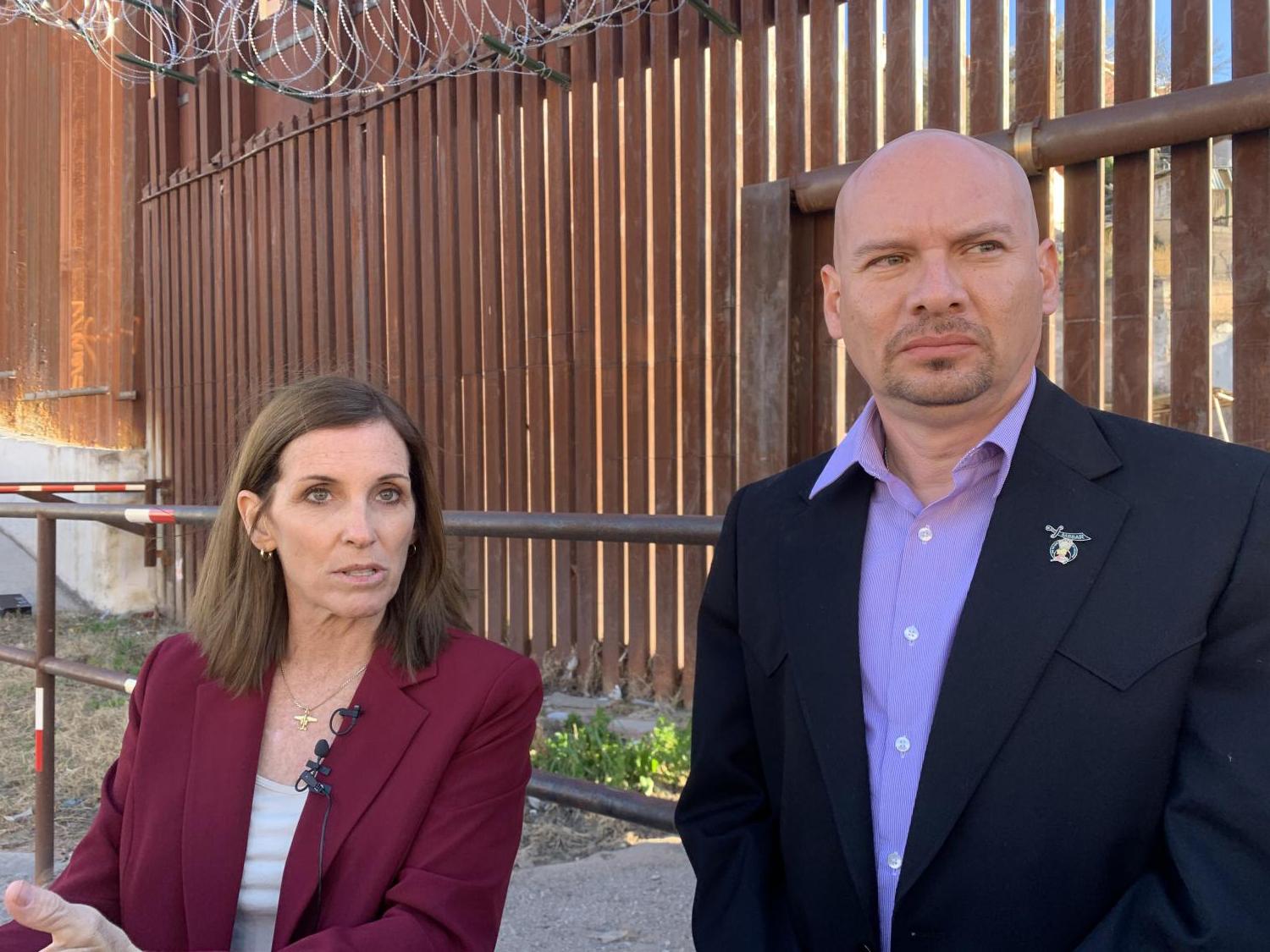 MARK BRODIE: U.S. Sen. Martha McSally wants to know why the federal Homeland Security Department is releasing migrants into Arizona cities with little to no notice. She sent a letter to Secretary Kirstjen Nielson with a list of questions, including asking what factors DHS considers in determining when and where to release migrants, and whether the agency consults with non-governmental organizations and state and local leaders in making those decisions. Asylum seekers have been left outside Phoenix's Greyhound station in recent weeks as churches and other nonprofits have been overwhelmed. Senator McSally joins me to talk more about this. And Senator, first off, what are you hearing from folks on the ground about this situation?

MARTHA MCSALLY: It's not just the Phoenix area. It's also in Tucson and Yuma, and so we've heard a lot over the last several months from community members — small towns like Yuma, especially, the mayor and others in the community, really concerned about just individuals being basically left to be homeless with no transportation and little notice, little coordination. In the last three months, there's been over 18,000 people that have been dropped off. You know, a major issue, the number is a major issue. This is a crisis, a humanitarian crisis. It's a capacity issue. We've got cartels that are basically taking advantage of the loopholes in our laws and continuing to push unaccompanied minors. And, you know, people, adults … children to take advantage of the loophole that we have. But the other issue is, they're not providing notification or coordination when they're releasing them with local community leaders and mayors and nonprofits and others that are actually trying to assist. And so, we're hearing a great deal of frustration about that, that individuals are just being released into the community without any notice coordination or really, and it's just getting worse and worse.

BRODIE: Yeah, I'm curious about that because, in addition to the numbers and the humanitarian crisis, it does seem like there's an issue with communication between the Homeland Security Department and maybe specifically with ICE, in some cases, and with the groups that are trying to help these folks.

MCSALLY: Yes, exactly. So the letter I sent to Secretary Nielson yesterday, and we were following up lots of communication, is, look, they do have a crisis and I understand that. And they're flooded and they're stuck where they have to release people within 20 days that have children. And so — but there needs to be better coordination, there needs to be better communication, and so we're really focusing on, you know, following up on what factors are they considering, where they're dropping people off, how they're doing and who are they coordinating with? They need advanced notice of people in these communities to be able to be aware and do what they can — the faith-based community and non-governmental organizations — to do what they can to assist.

BRODIE: Have you gotten any answers or do you have any sense as to why the communication has changed over the past number of months? Because it seems as though in previous months, some of these NGOs and other faith-based groups have at least a sense of when people might be dropped off and how many people might be dropped off and that doesn't really seem to be the case as much anymore.

MCSALLY: Yeah, I think the reality is, to your listeners, is that DHS is being flooded and overwhelmed with the number of individuals that are coming forward to take advantage of the loopholes in our laws. So, you know, they've got thousands of people in custody. They don't have the capacity for all of them and they're just overwhelmed with those numbers. So part of it, again, is the loopholes in our laws that the cartels are taking advantage of in order to traffic people up here, to then know that they crossed illegally but then knowing they will be released into the interior of the United States. That is a pull factor that Congress needs to fix. My legislation I lead on in the House last year fixed this. Unfortunately, we didn't get enough votes. It still needs to be fixed, because what's happening is it's incentivizing more illegal activity, and Department of Homeland Security is overwhelmed.

BRODIE: One of the things that some of the faith-based groups and NGOs here in the Phoenix area are asking for is for either the city of Phoenix or the state, maybe, to help set up some kind of at least temporary shelters so that folks aren't, you know, sleeping in a park outside the Greyhound station or something like that. Is that something that you think you or your office or the federal government could help facilitate?

MCSALLY: Yeah, on our part, you know, we're trying to secure the border. We're trying to close the loopholes in the laws to stop this flood of illegal activity that's happening, and when there are releases that happen because their hands are tied at DHS, that there is coordination with state, local officials and others that are trying to deal with it. But I think, you know, Arizonans need to realize this is happening every single day, that there is people that are waiting in line to go through the legal process to enter our country. At the same time, we've got thousands that are showing up and being released because of the loopholes in the law. This is a humanitarian crisis for sure, but this is not the way to deal with it. So we need to make sure that people are aware and put pressure on other members of Congress on both sides of the aisle that we've got to do something about this because this is not sustainable.

BRODIE: Given the time-sensitive nature of this situation, how confident are you that you're going to get answers from Homeland Security quickly and be able to start taking action quickly?

MCSALLY: I do believe we will get answers very quickly, but that doesn't mean the crisis is going to be averted. I think there's still capacity challenges within the NGOs and local communities. And that's not going to stop. I mean just communicating about the flood of the numbers that are showing up isn't going to fix the deeper problem. But I think we can pretty quickly address the communication issue. I appreciate a lot of the NGOs stepping up, but this is absolutely not sustainable and it's got to be fixed. And Congress has to do their part to secure the border, close these loopholes, fix our legal immigration system so that we're not continuing to be in this crisis that we're seeing around our country and in Arizona.

BRODIE: All right. That's U.S. Senator Martha McSally. Senator McSally, thanks a lot. I appreciate it.

MCSALLY: All right. Thanks a lot. Bye, bye.