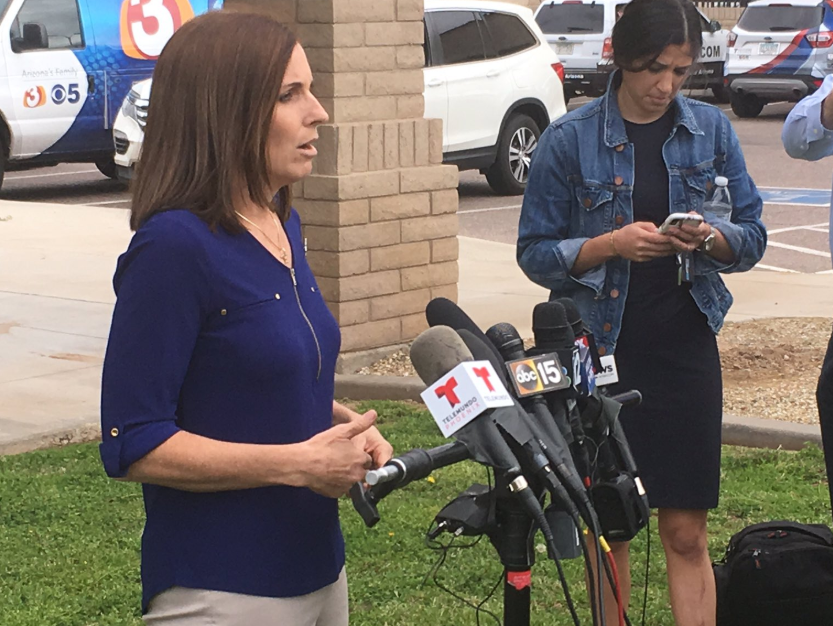 Arizona Sen. Martha McSally visited Luke Air Force Base in Glendale on Thursday to have what she called a candid discussion about sexual assault in the armed services.

McSally said she met with commanders and junior airmen to discuss the challenges they are facing with sexual assault Air Force. She said education was key to preventing assaults in the first place.

“We’re very much also focusing on after an assault is reported," McSally said. "What can we do to improve the process of the investigations, the judicial process?”

McSally said she wants to give due process to victims and get it done in a timely manner.

“So many women and men have been through this both in our civilian society and in our military," she said. "It touches nearly every family, every community.”

The senator said she has spoken with high level officials in several branches of the military, and she has created a task force to look for specific policy changes that could be included in the National Defense Authorization Act.