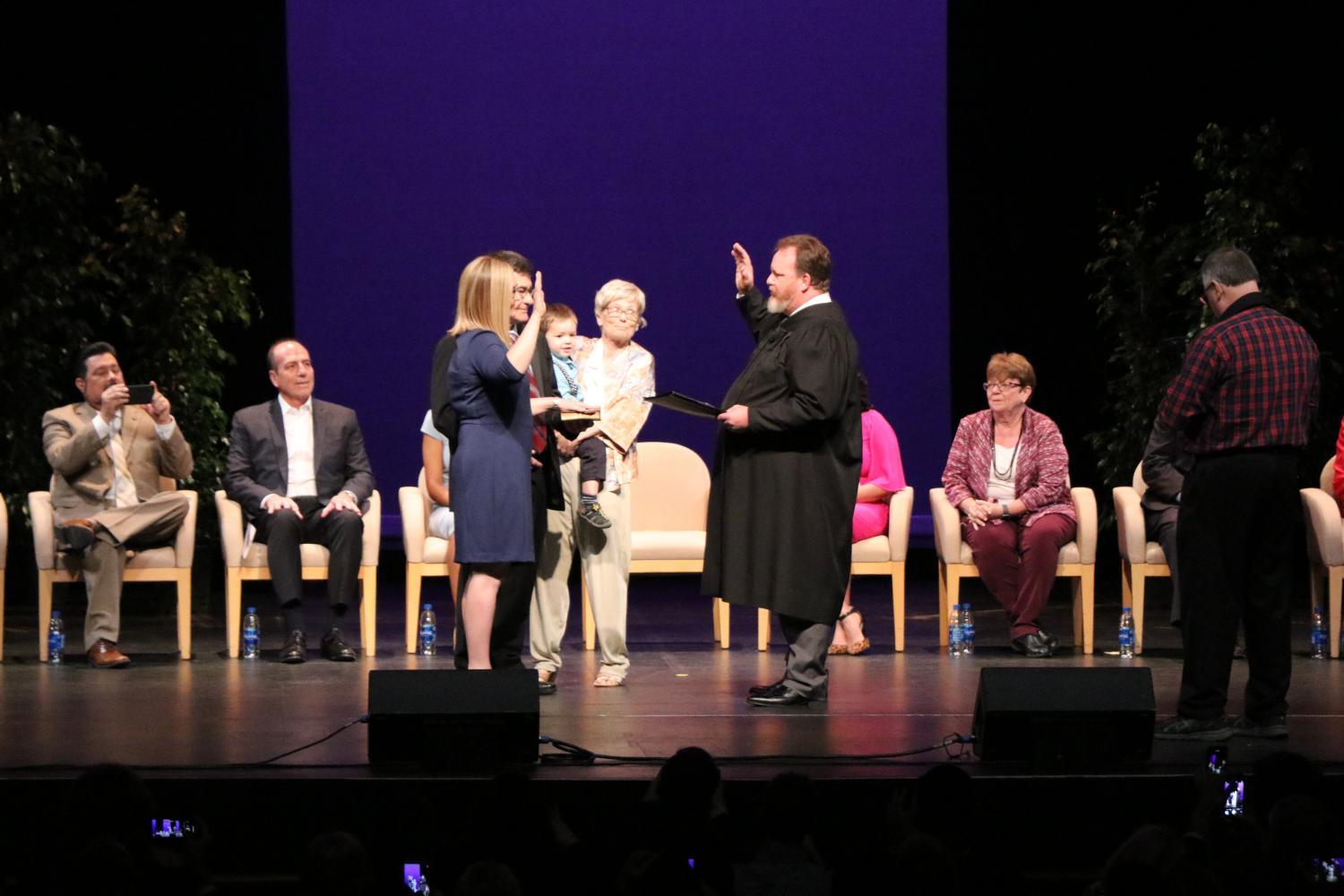 Jimmy Jenkins/KJZZ
Kate Gallego being sworn in as mayor of Phoenix on March 21, 2019.

Kate Gallego was officially sworn in as mayor of Phoenix on Thursday morning.

Addressing a group of supporters at the Orpheum Theater, the former City Council member vowed to continue working to expand public transportation and pledged to focus on high eviction rates.

Gallego said she hopes to capitalize on a growing sense of optimism about the city she heard from people on the campaign trail.

“At this moment there is something undeniably special happening in Phoenix. Because of the investments we’ve made, the job market is shifting, wages are rising as knowledge-based sectors grow," said Gallego.

Gallego defeated Daniel Valenzuela in a runoff election for the seat March 12.

She will serve out the term of former Mayor Greg Stanton that expires April 2021. 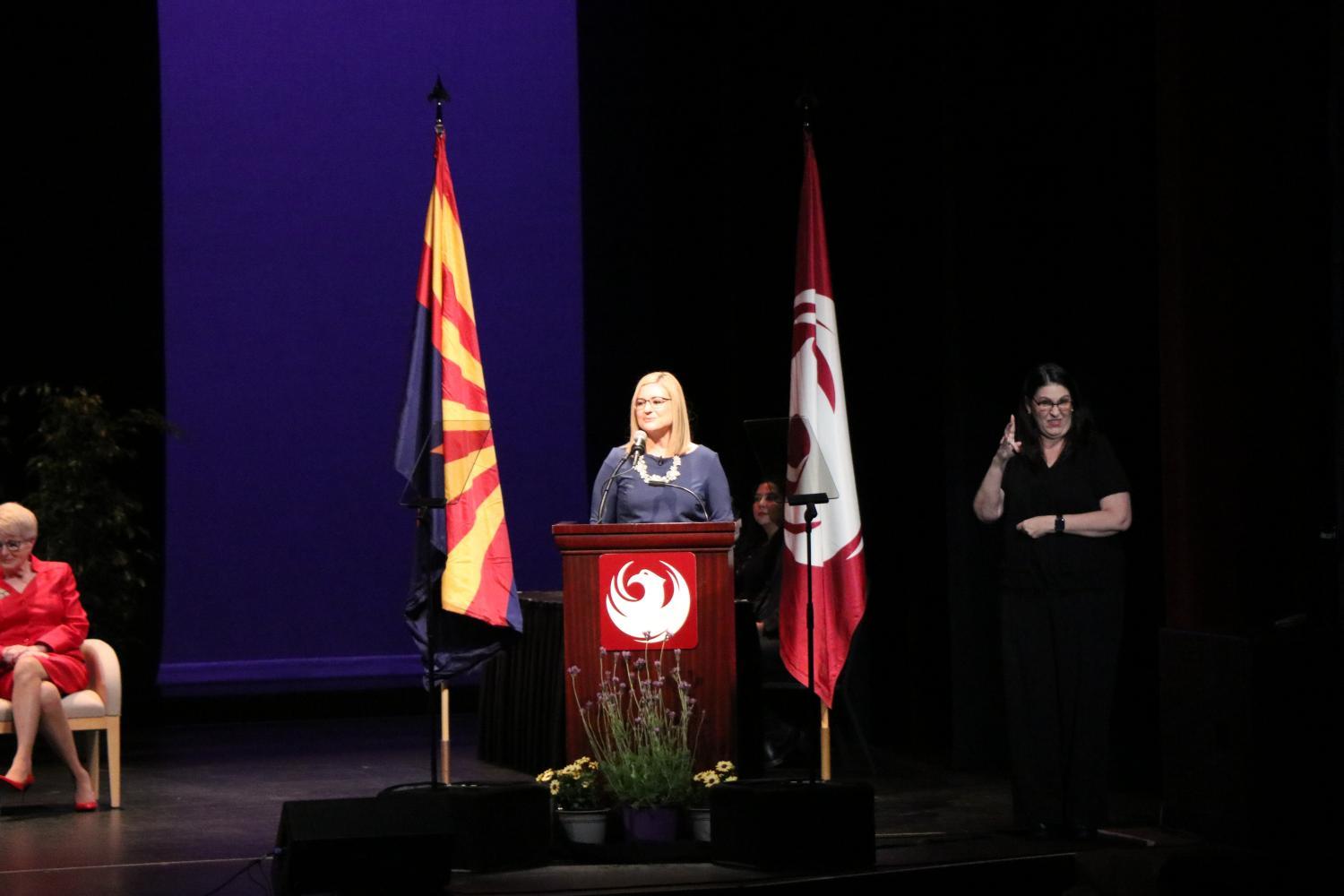 Jimmy Jenkins/KJZZ
Kate Gallego was sworn in as mayor on March 21, 2019.