Every day just past dawn, the soldiers march to raise the country’s flag in the city’s main square, called Zócalo. Across the street, in the presidential palace, President Andres Manuel Lopez Obrador has advocated for placing military and naval police soldiers on patrol in streets and on the countryside across Mexico.

On a recent morning, Lopez Obrador beamed as he celebrated Congress' preliminary approval for a measure to create a new National Guard, a civilian force that will incorporate the military and naval police as well as the federal police for the next five years.

“Today is an important day,” he said with a smile.

Lopez Obrador is expected to approve a constitutional amendment that will allow the creation of the new National Guard, which will be tasked with curbing the country’s climbing number of homicides. Last year, that number was the highest on record: more than 33,000. 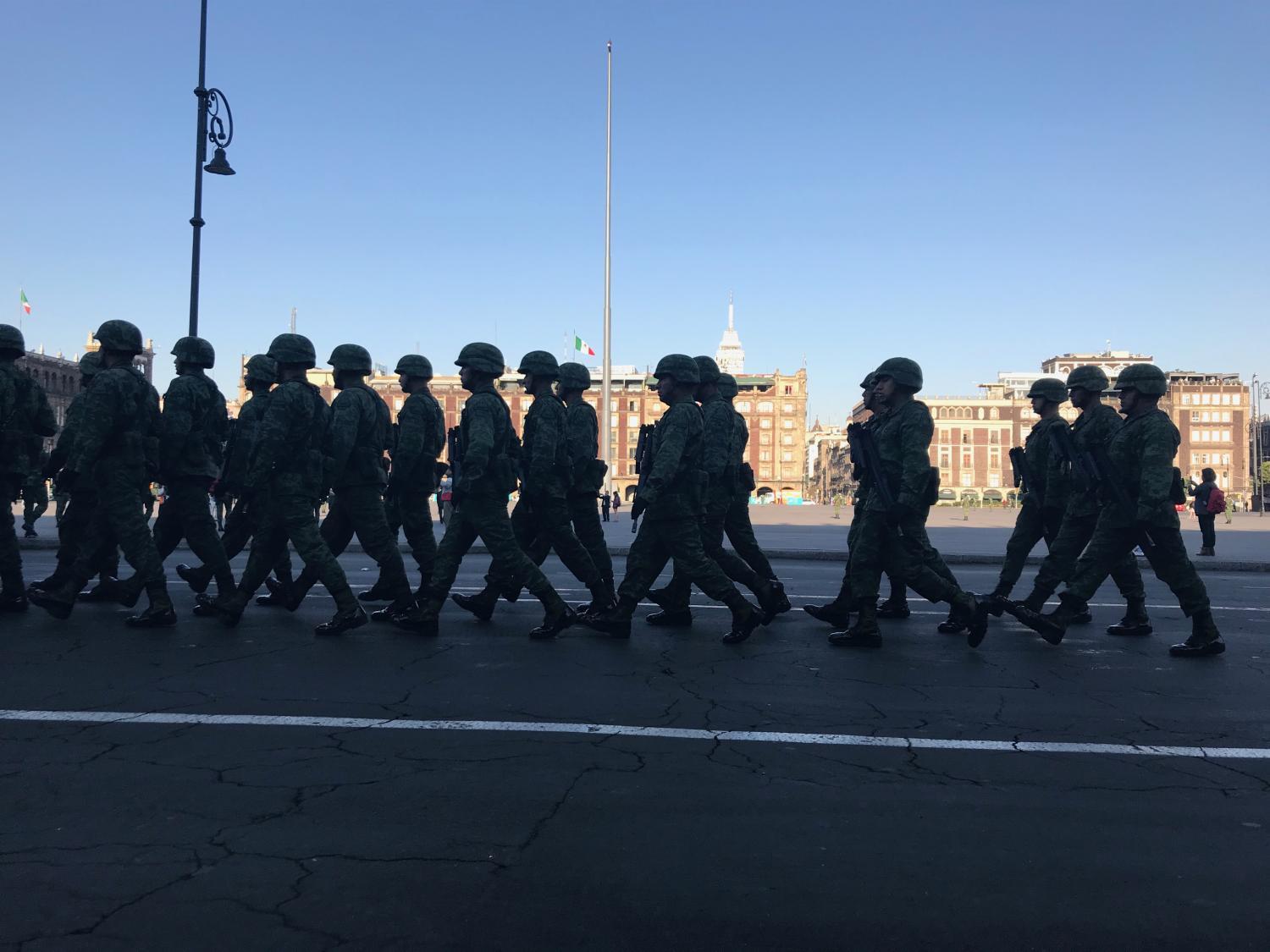 Advocates say it will dissuade crime in pockets of the country that have become lawless. Skeptics, however, worry it will further normalize the military's aggression towards the country’s own citizens.

Members of the military police will have to adapt their culture to that of a civilian force, said Julio Sabines Chesterking, a Mexico City-based security consultant who has worked with the last three administrations.

The National Guard will start with about 50,000 uniformed officers and the government has plans to double that in size within three years, training them for human rights and detective work.

The president’s intention is for the new force to dissuade crime in areas that have become lawless, Sabines Chesterking said.

“Local police forces have no way to match up with organized crime,” he said. “The National Guard would have the resources."

The plan for the National Guard should help local and state police forces that already exist and are strapped, said Carlos Zazueta, who researches law enforcement in Mexico for Amnesty International. It’s a mistake to not invest in local law enforcement, he said.

“You cannot have enough federal police or this National Guard police or any other federal body trying to control every aspect of security in this big country," Zazueta said. 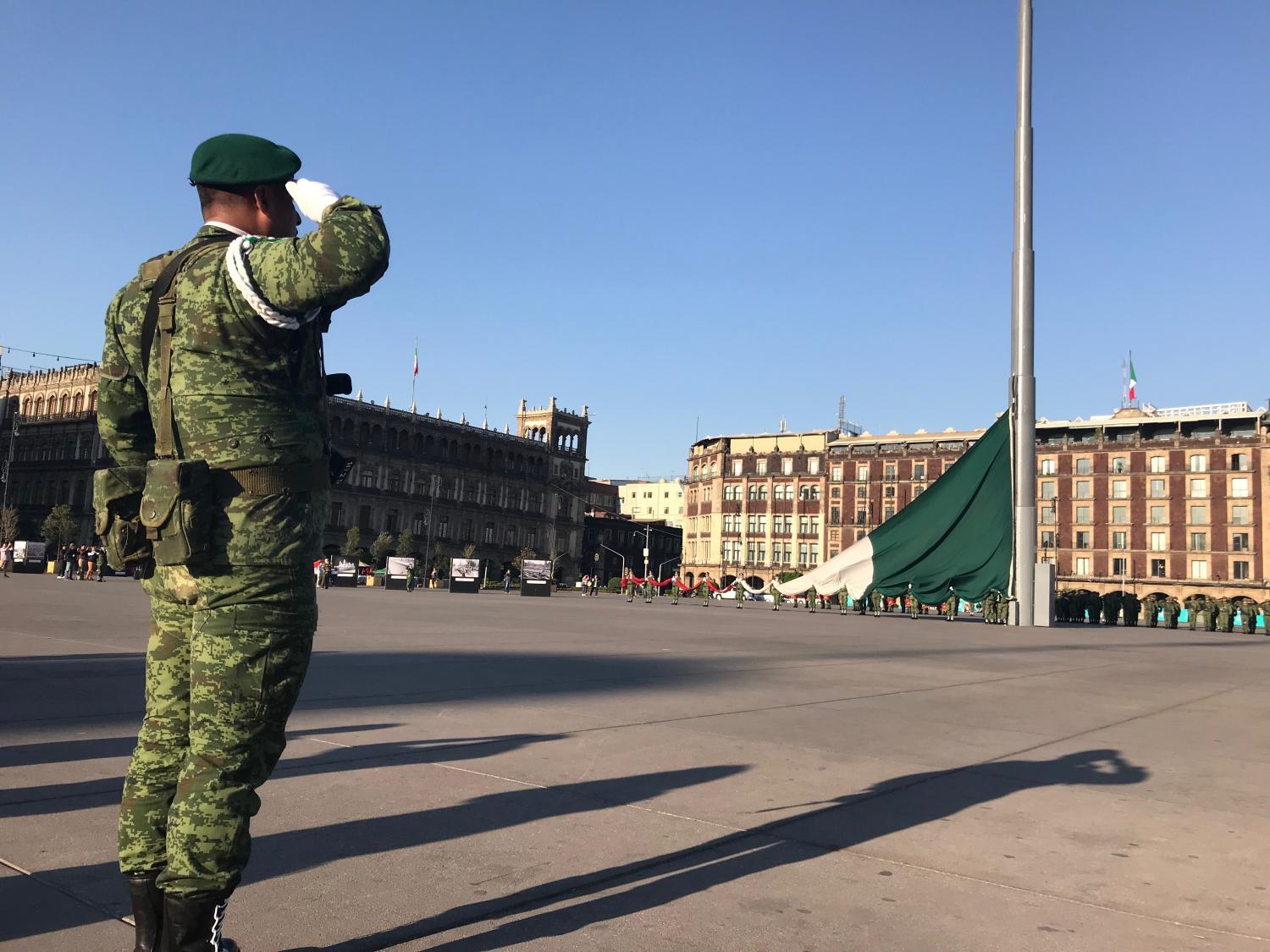 The National Guard could be the beginning of the demilitarization of Mexico’s more than decade-long war on organized crime, or it could escalate it, Zazueta said. Pablo Girault, a board member of Mexico United Against Crime, an NGO that advocates on behalf of victims, agrees.

"It's more like an occupying force that goes from one place to another, and they don't have the know-how of the gangs or situations that may help them resolve some crimes," Girault said.

Girault believes the country needs a comprehensive strategy that looks at the staggering impunity rate: nine out of ten crimes go unpunished.

"You need to get the local judicial services to work so that you get this impunity rate down, and then you also need to have a strong federal personal presence," Girault said.

At a recent raising of the flag in downtown Mexico City, Juan Lopez Guillen watched the military police marched off the Zócalo.

Lopez Guillen, a retired teacher from the coastal state of Nayarit, said he believes the country does need a National Guard, but said he and the country won’t fully know whether the National Guard works out until the end of this presidential term in about six years.

The National Guard is expected to go on duty later this summer.