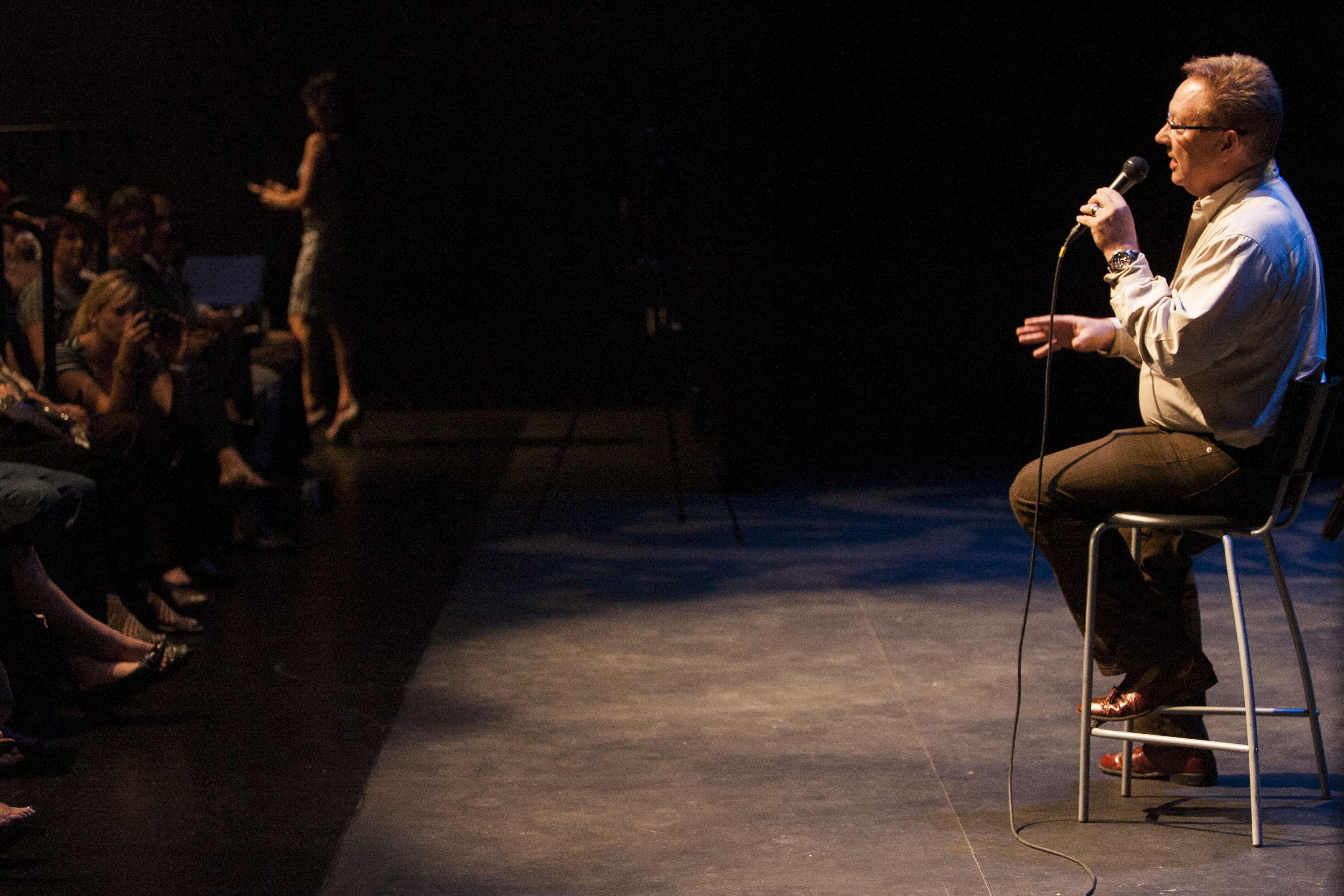 Jessie Wardarski/Arizona Republic
Phoenix Theatre's Producing Artistic director, Michael Barnard, kicks off the evening with a story of his life growing up in Arizona during the Arizona Storytellers live event Wednesday Sept. 10, 2014 at the Phoenix Theatre.

Michael Barnard's grandfather, Harry Bonsall Sr., came to the Valley in 1902. He used to be a farmer, but when he moved to Glendale to start his own business, he became so much more than just that.

Barnard has dedicated his life to building that same spirit of community impressed upon him by his grandfather. At D. H. Bonsall Sr. Park, there’s a plaque honoring Barnard’s grandfather with the title Mr. Glendale.

You can hear more stories like this at our next night of live storytelling on Dec. 22, 2014, at the Arizona Biltmore in Phoenix.