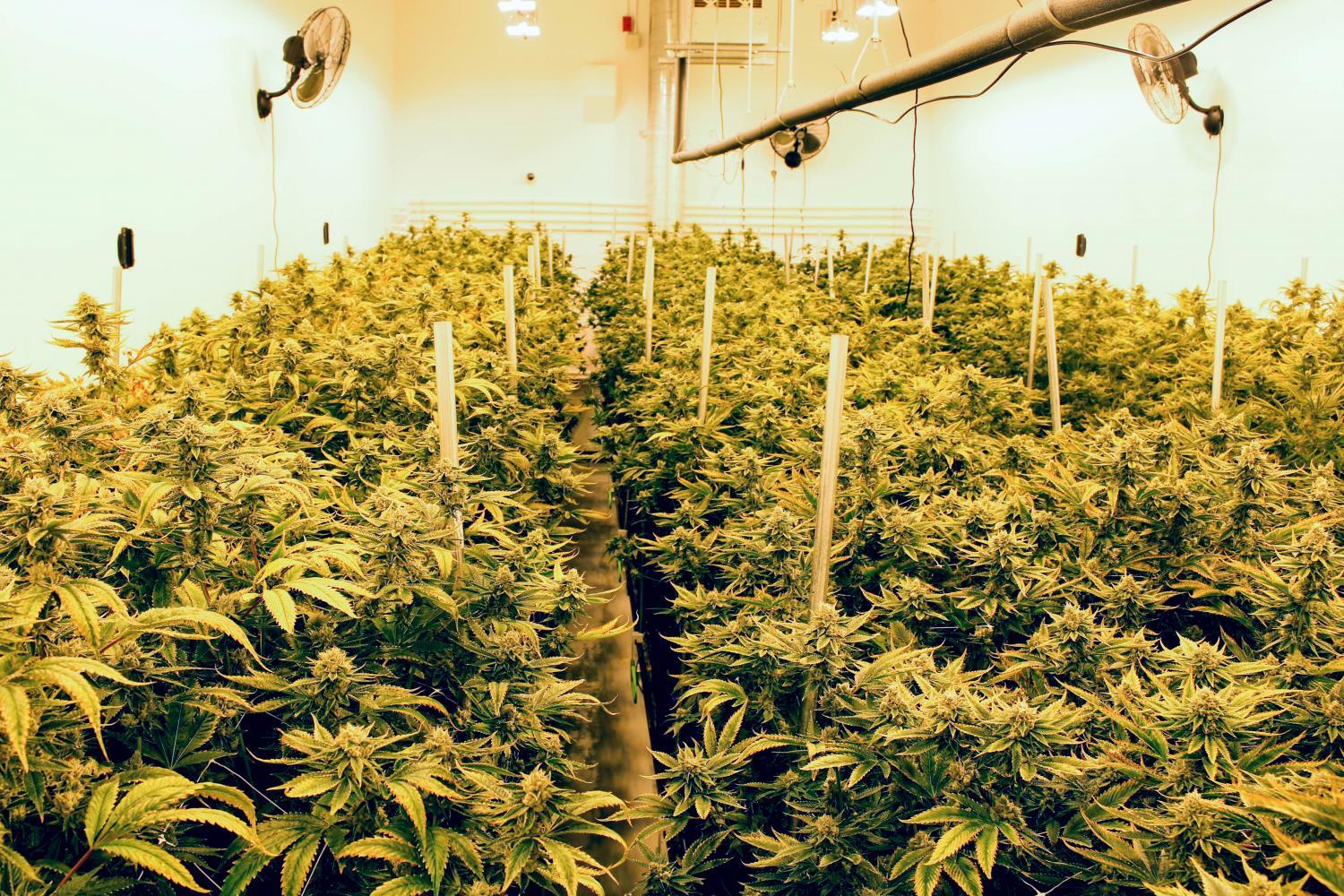 Claire Caulfield/KJZZ
The Grow Sciences facility has thousand of plants and costs millions of dollars to operate.

The medical marijuana business in Arizona has grown and changed rapidly since voters approved a medicinal program in 2010. But what hasn't changed are federal laws classifying marijuana as a Schedule 1 substance — considered just as dangerous and illegal as heroin and LSD.

Under federal law, anyone who handles profits from a Schedule 1 drug can be charged with money laundering. Most banks will not work with dispensaries and marijuana-related businesses for this reason, even if the business complies with all state laws.

A KJZZ listener asked about how these federal laws affect marijuana-related businesses through our Q&AZ reporting project, and turns out the effect in Arizona varies.

Like any entrepreneur, Marie Saloum is confident. Walking through her Mesa dispensary in crisp business slacks, high heels and a bright purple sweater, she explains the benefits of different strains of marijuana. Her long, neon pink nails tap excitedly on the glass countertop as she points out marijuana-infused brownies and other edibles offered at Green Farms dispensaries.

But behind the flash, is constant anxiety.

“I don’t think we have enough time to tell you how many banks have kicked us out,” Saloum said.

She said every couple months she’ll receive a letter from her bank informing her that they're closing her account and she needs to withdraw all her business’s funds immediately.

“We're trying to be transparent just like every other business and you won't let us!” She’s constantly frustrated and said when she made the jump from loan officer to marijuana mogul in 2013, she never imagined boring old banking regulations would be the hardest thing to navigate.

She has no problem with inspections from the Arizona Department of Health and Human Services, “because it keeps everybody up to par and makes sure that they have access to good medicine,” she said.

And now that she runs her own cultivation facility, she doesn't worry about receiving a steady supply of quality medical marijuana. 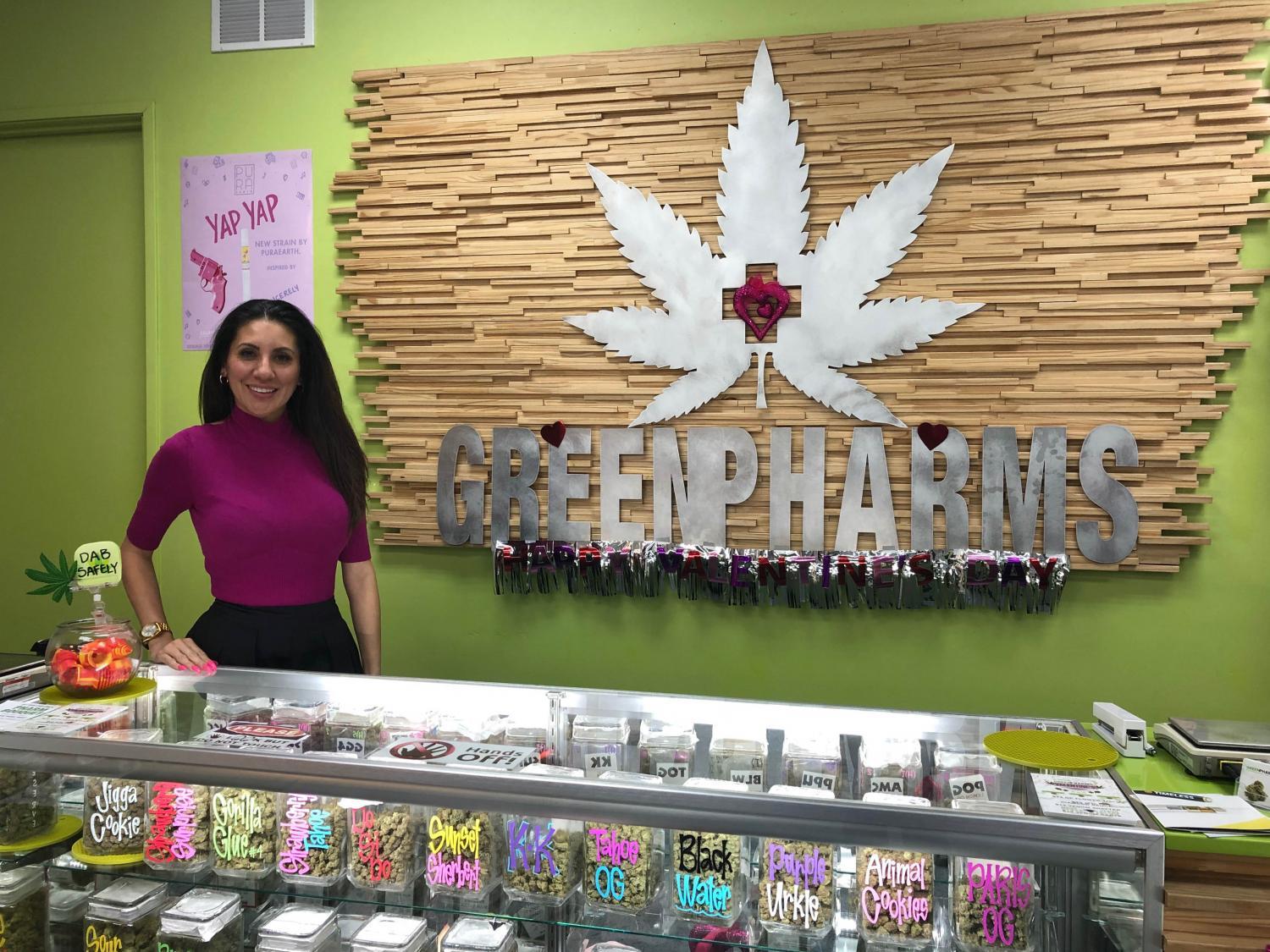 Claire Caulfield/KJZZ
Marie Saloum’s business started with just two people - her and her husband. Now she oversees over 200 employees.

“My husband is a patient and if the quality isn’t there I hear about it,” she said with a laugh.

But her eyes fill with tears as she recounts anxieties keeping her up at night. Despite a license stamped with a state seal, her fears aren’t that far away from the dangers illegal drug dealers face.

“We have a lot of cash” she says. “And my life or anybody's life here is not worth anything I could have in that safe. To have people risk that, it's ridiculous.”

A number of dispensary employees and marijuana-business owners have been killed or seriously injured during robberies, including during a 2014 incident in Tempe. Every such incident lights up online forums used by dispensary owners as they share their safety concerns and security tips.

Between the danger and the daily hassle of keeping track of so much cash, Saloum is adamant that small businesses are at-risk if the federal government does not act.

While the Drug Enforcement Agency did open up the door for banks to openly work with marijuana-related businesses in 2014, they put it on the individual bank to ensure the dispensary was complying with all state regulations, said Charles Feldmann, a lawyer specializing in the field. 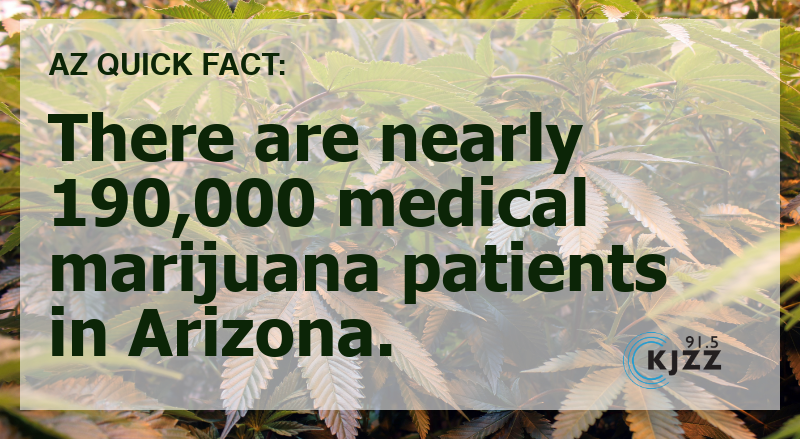 “If there are blackmarket or illegal activities that are not state compliant, the bank will run the risk of being prosecuted or loosing their federal charter,” he said.

This made banks across the country, including some of Arizona’s top financial institutions, nervous to work with dispensaries.

“As a nationally chartered financial institution, we comply with federal law,” said a representative from Bank of America.

And a BBVA Compass Spokesperson said the bank doesn’t pursue the industry because, “federal law makes it illegal for any financial institution to engage in transactions involving the proceeds of activities related to the cultivating, selling or distributing of marijuana.”

Three other banks in Arizona did not return multiple information requests.

A Fight for Legitimacy

Although KJZZ could not find a bank in Arizona that openly works with marijuana-related businesses, they do exist.

“We have traditional banking relationship and so we make our deposits to the bank and write checks from the bank just like any other business would,” said dispensary owner J.P. Holyoak, but he declined to name his bank. 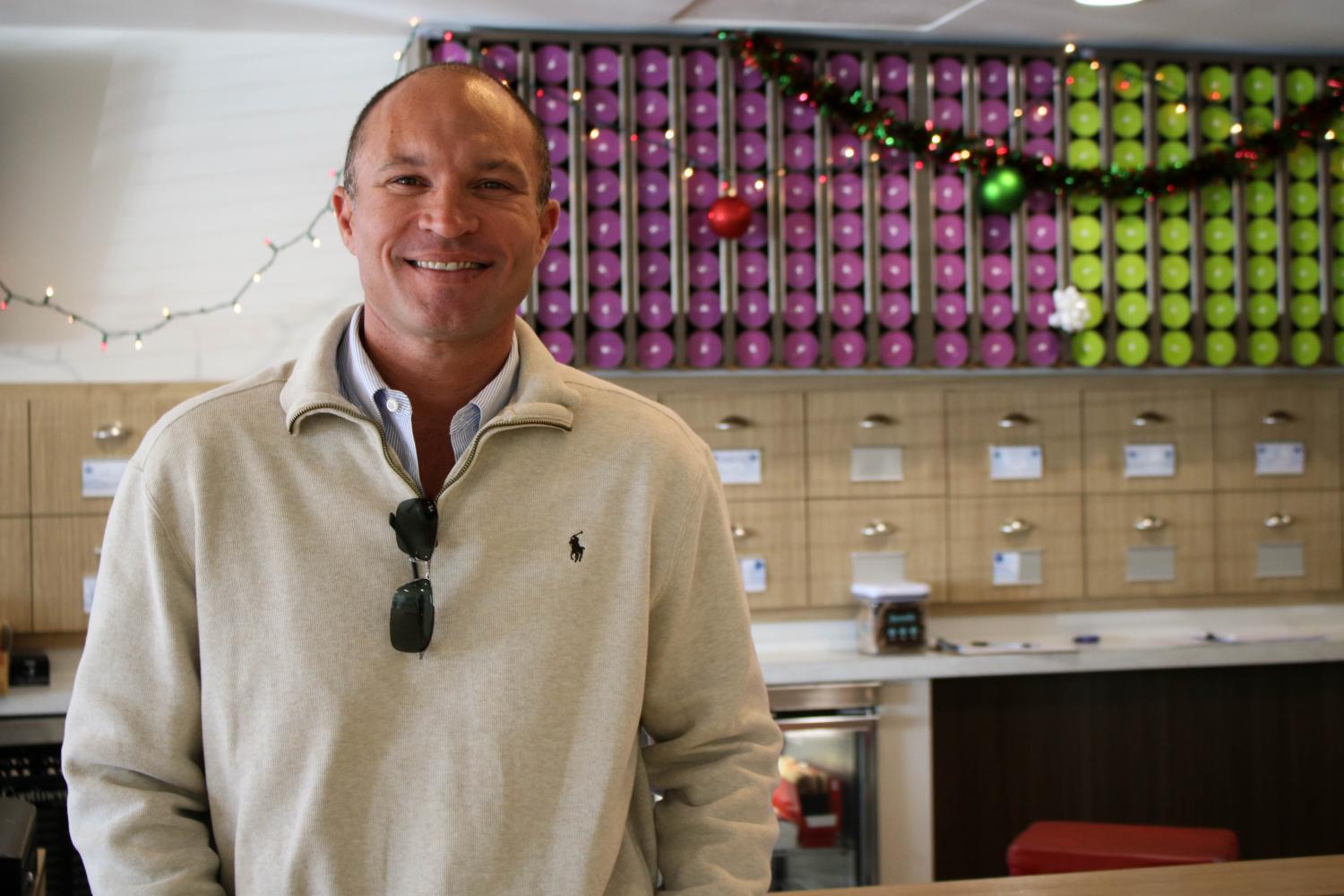 Claire Caulfield/KJZZ
J.P Holyoak, one of the founders of Arizona Natural Selections and former chair of the campaign to legalize recreational adult use in 2016.

Holyoak is one of the founders of Arizona Natural Selections, a company that runs three dispensaries in the Valley. He also chaired the campaign to legalize recreational adult use in 2016. Although the measure failed, he’s still active in the push to legitimize and destigmatize marijuana users. That group includes his daughter, who has special needs and relies on medical marijuana to control seizures.

“This is very much a traditional, normal business and it's not nearly as exciting or sexy as many people would think it is,” he said.

KJZZ contacted 13 other dispensaries and marijuana-related businesses in the state but they all declined to be interviewed for this story.

To even open a bank account, you’ll probably have to get creative, said Michael Cuthriell, the CEO of Grow Sciences.

“You can go into a bank and say ‘I work in agriculture or healthcare’ and any bank would say ‘that sounds great, you're welcome to deposit your money here.’ But you would never mention the word marijuana at all,” he said.

Cuthriell overseas a multi-million dollar marijuana operation. Wearing stylish sneakers and a lanyard emblazoned with his company’s logo, he winds though a 21,000 square foot cultivation farm housed among industrial buildings in Phoenix.

From the outside, you’d never know the building contains thousand of plants that receive more personalized attention, purified air and filtered water than a Real Housewife.

“Our quality assurance is … some might argue over-the-top. Labor-intensive,” he laughed.

Cuthriell now works on the production side of the industry after spending years managing a dispensary in Washington, D.C. He said securing a bank account this time around was a walk in the park compared to his time back East.

“I was shut down by three banks,” he said. “I've had my personal banking shut down as well by one of the banks that I was using for both business and personal.”

Now, he said he’s lucky Grow Sciences has a bank that is fully aware the company grows marijuana. He declined to say which bank but is relieved he never has to worry about being suddenly dropped.

“But I do believe that it's because we have experience for many years of how to navigate this,” he said. “Because if I was brand new I don't think we would have that.” 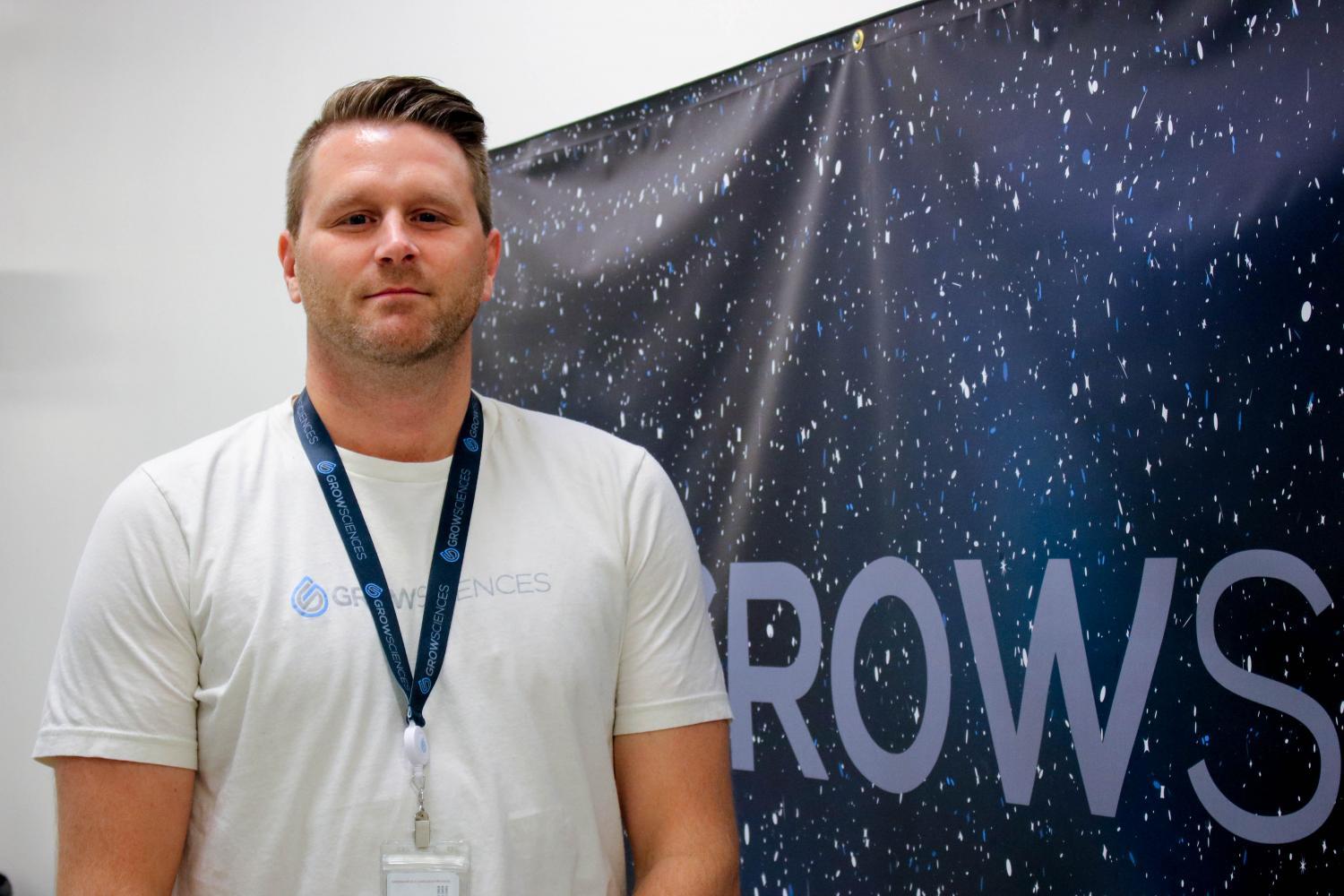 Claire Caulfield/KJZZ
Grow Sciences CEO Michael Cuthriell says his company is responding to the demand for high-quality medical marijuana from a transparent and innovative company.

Back at Green Farms dispensary in Mesa, Marie Saloum said it would be impossible for a small businesses like hers to find those type of connections.

“I’m not in this to make money,” she said. She only applied for a dispensary license after her husband survived a car accident and was living with chronic pain. “I’m passionate about the patient side.”

Even getting her business to this point was harder than opening any other type of small businesses she said.

Due to clause 280E of the federal tax code, any business “trafficking in controlled substances (Schedule 1 or 2)” cannot deduct ordinary business expenses from their gross income. The application fee for an Arizona dispensary license is $5,000 and at the time Saloum was applying, The Arizona Department of Health Services also required applicants to have $150,000 dollars on-hand.

“I guess the most surprising thing is how people think you must have a money tree in your backyard,” she said.

Saloum has seen most of the “mom and pop” dispensary owners who opened around the same time she did be bought-out by big investors.

“If all these people like me ... could go to a bank and get a loan they wouldn't have to look for outside investors,” she said. “When people only care about the bottom line, well, it's going to end up costing all of us.”

"When people only care about the bottom line, well, it's going to end up costing all of us."
— Marie Saloum, Green Farms dispensaries

In what Saloum decries as the “Walmart effect,” she’s had to lower prices to compete with larger players in the state.

The average price-per-pound of wholesale medical marijuana trim in Phoenix decreased from $550 in 2017 to about $275 in 2018, according to Marijuana Business Daily.

The author of Arizona’s medical marijuana program said he didn’t even consider the experience of future dispensary owners when writing the regulations.

Will Humble oversaw the Arizona Department of Health Services when voters approved medicinal marijuana in 2010.

He said his agency only had 120 days to write all the regulations and get the state’s medical marijuana program up and running.

“In terms of worrying about how a prospective dispensary is gonna finance their operation that was like, 'We don’t have time to work on that’,” said Humble, who now works as executive director of the Arizona Public Health Association.

But lawmakers are now looking to make changes with dispensary owners in-mind.

In mid-February, a bipartisan group of U.S. lawmakers expressed their support for a measure that would lower a bank’s federal liability when working with marijuana-related businesses.

In support of the measure, California’s Attorney General Xavier Becerra said “small and local licensed businesses” are hurt by lack of banking options and the entire industry has been “forced to operate on a cash basis,” leaving them “vulnerable to criminal targeting.” 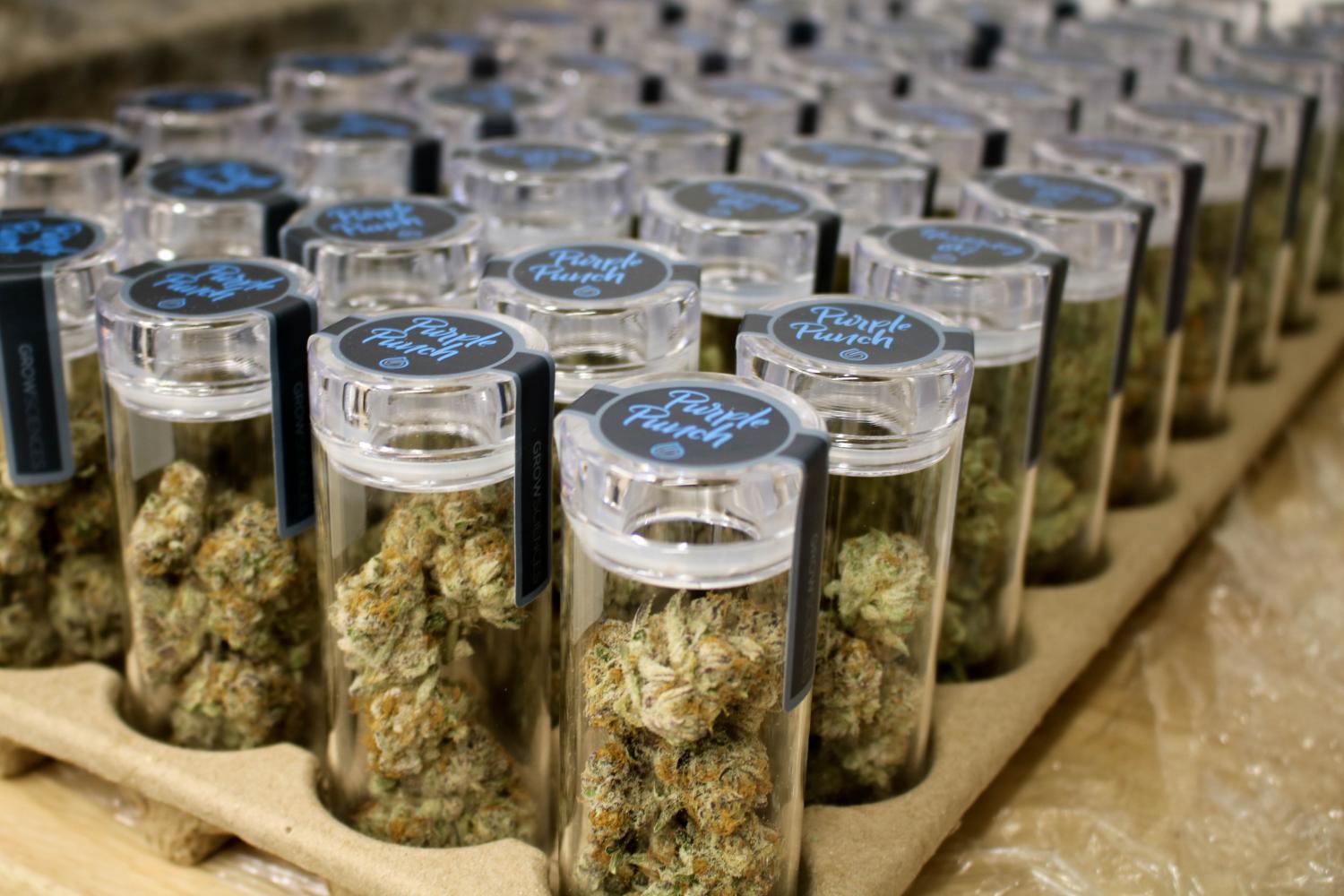 But the hearing was just a discussion about draft legislation, and the Secure and Fair Enforcement (SAFE) Banking Act has not been introduced for consideration this session.

There is also a U.S. House bill that would amend that 280E clause of the federal tax code to allow marijuana-related businesses deduct ordinary expenses like other businesses.

But even if the bill passes the Democratic-controlled House, it faces an uphill battle in the Republican-controlled Senate. Especially because it would need approval from the U.S. Senate Committee on Banking, whose chairman does not support changing federal regulations to allow marijuana businesses to use banks.

Even if both those measures passed, marijuana would still be illegal in the federal government’s eyes.

Although technically all 5,566 dispensary agents in Arizona could be charged under federal money laundering laws, experts doubt that would happen.

“That means your state governor who signed the bill, your state law enforcement, everybody who's involved in the Arizona medical marijuana program would also be part of that entire money laundering scheme,” said lawyer Charles Feldmann.

However, there could be big changes on the horizon. All 2020 Presidential candidates, including President Donald Trump, favor some form of legalization.