Download mp3 (6.17 MB)
Luke Runyon/KUNC
Lake Mead has been dropping for years, and if it dips too low it could trigger a shortage in the Lower Colorado River Basin.

"Working together with a common goal in mind, there’s no limit to what we can achieve. And today proves it,” he pronounced.

There was applause and relief in the old state Senate chamber where the ceremony took place. The Drought Contingency Plan would keep water in Lake Mead and reduce its chance of dropping rapidly. As a bonus, this milestone came on the date the federal government had set as a deadline of sorts.

Then came the next day, when Bureau of Reclamation Commissioner Brenda Burman said the deadline wasn’t met.

“Close isn’t done,” she told reporters on a conference call. “Despite yesterday’s historic legislation, neither Arizona nor California have completed all of the necessary work to approve the DCP.”

Arizona has 15 related agreements and contracts to finish, between tribes, water districts, cities and others. And the Imperial Irrigation District in Southern California is trying to secure funding to help the ever-drier Salton Sea.

As Arizona and other Colorado River states move ever closer to finishing the Drought Contingency Plan to boost Lake Mead, the federal government is moving forward on a parallel track. That path would create a federal plan in case the states don’t finish by the deadline.

But what is the deadline?

On Feb. 1, Burman gave everyone another month to wrap up. But that second deadline — March 4 — has passed too.

Reclamation is now accepting input from governors in the Colorado River basin on what kind of alternate plan the Department of Interior should install if needed. That input is due March 19 — another deadline.

All the while, Arizona is continuing to work on its various agreements. 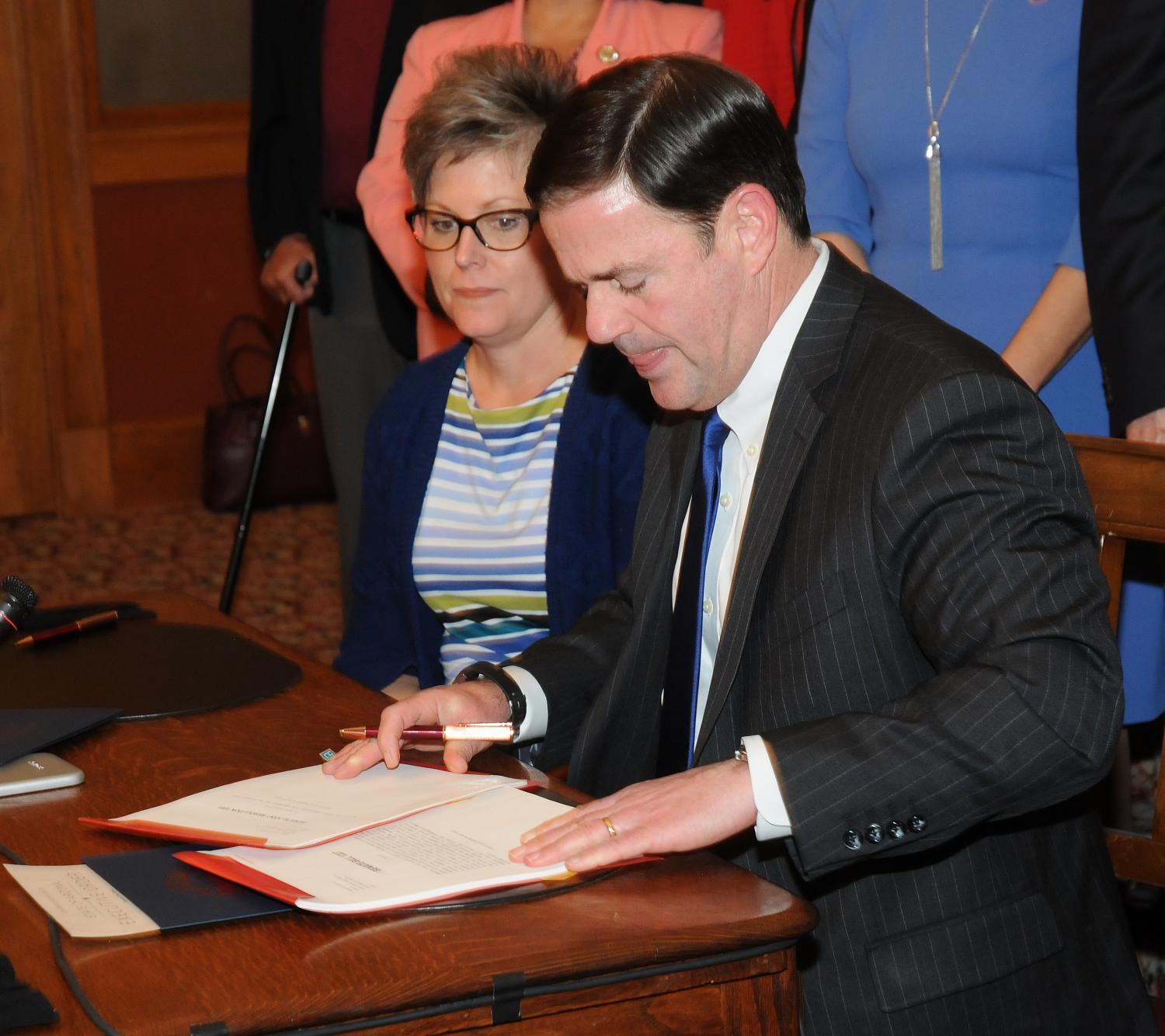 At the time, Cooke was confident all of Arizona’s internal deals would be done before the end of April. He also said it wasn’t clear to him what the federal government considered “done."

“We do not have a clear list of things that need to be completed by that day.” he said, referring to March 4.

Reclamation didn't specify which of Arizona’s separate agreements absolutely must be signed, sealed and delivered for the state to join Colorado, Wyoming, New Mexico, Utah and Nevada in the “done” column. On the Feb. 1st press call, however, Commissioner Burman did say “all” agreements need to be complete.

Estevan López, who was Reclamation commissioner from late 2014 until the end of the Obama Administration, said he would want all of the sub-agreements to be signed “so that nobody can get cold feet and say, ‘oh wait a minute. I want to change this aspect of it.’ Because then, one little thread starts unraveling the whole thing.”

López said a contingency plan — regardless of who writes it — absolutely needs to be in place by the time an important document gets released in early August. It’s called the August 24-month Study. This tells water users in the basin the projected level of Lake Mead and what amount of cutbacks the states must take. So that makes August the ultimate deadline.

Commissioner Burman has made it clear she wants the Drought Contingency Plan to come from the states — and they may very well get there. But just in case, the parallel federal process is moving forward.

“She’s doing it. She’s doing it incrementally,” López said, referring to Burman. “But if things don’t come together by July or August, I think Reclamation will do something.”

If it came to that, the states could very well contest the broad authority the feds say they have over the Colorado River. We know no one wants it to come to that — especially not for a river system that supplies water to about 40 million people.

But until we get there, we are likely to keep hearing about deadlines.

This story is part of Elemental: Covering Sustainability, a new multimedia collaboration between Cronkite News, Arizona PBS, KJZZ, KPCC, Rocky Mountain PBS and PBS SoCal, and part of ongoing Colorado River coverage in partnership with KUNC in Colorado, and supported by a Walton Family Foundation grant. Luke Runyon reports for KUNC, based in Greeley, Colorado.