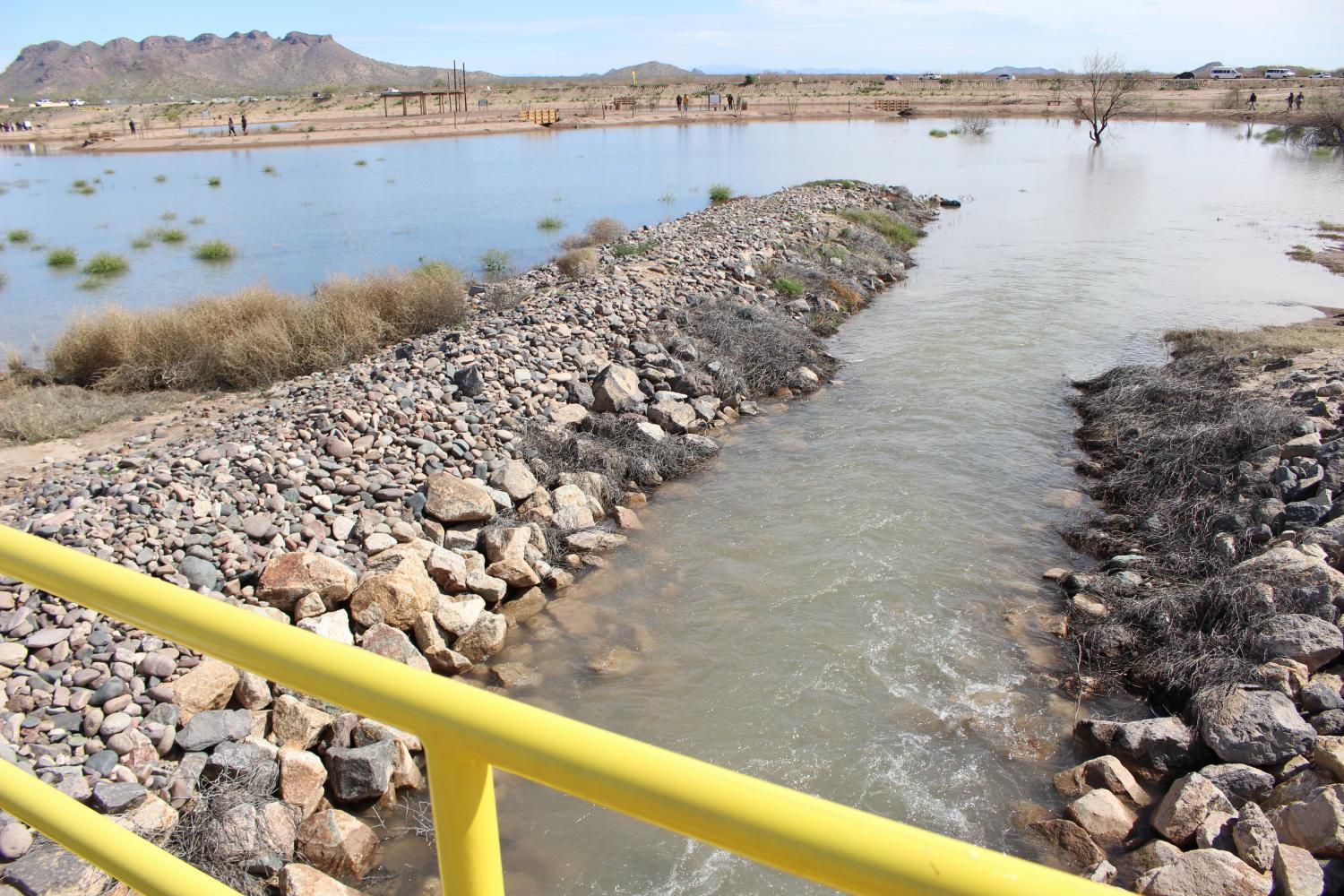 The “Managed Aquifer Recharge” project, one of at least two planned for the reservation, has a canal system and an open basin where water will seep down into the aquifer. Water then pumped from the aquifer will irrigate crops.

The basin also supports a riparian habitat in the Gila River pathway. The birds and plants are coming back after upstream users diverted the tribe’s water after the Civil War.

Tribal member Kandi Howard said it’s nice to not have to leave the reservation to enjoy nature like this. “And to [have our] water rights back,” she said, referring to the historic 2004 Arizona Water Settlement.

Of the riparian area, she said, “it’s coming along. And I didn’t think our kids would be able to see it, but they are. Like, gradually.”

“It became clear that drought was a reality for all of us,” he told a crowd of Community members, water leaders and politicians. “And that the community needed to accelerate its reduction of CAP water deliveries and increase its reliance on groundwater supplies.”

The GRIC played an important role in Arizona’s intrastate agreement that helped the state get on board with a Colorado River basin-wide DCP plan. It also signed a separate agreement with the groundwater replenishment arm of the Central Arizona Project, providing more water for development in Central Arizona. 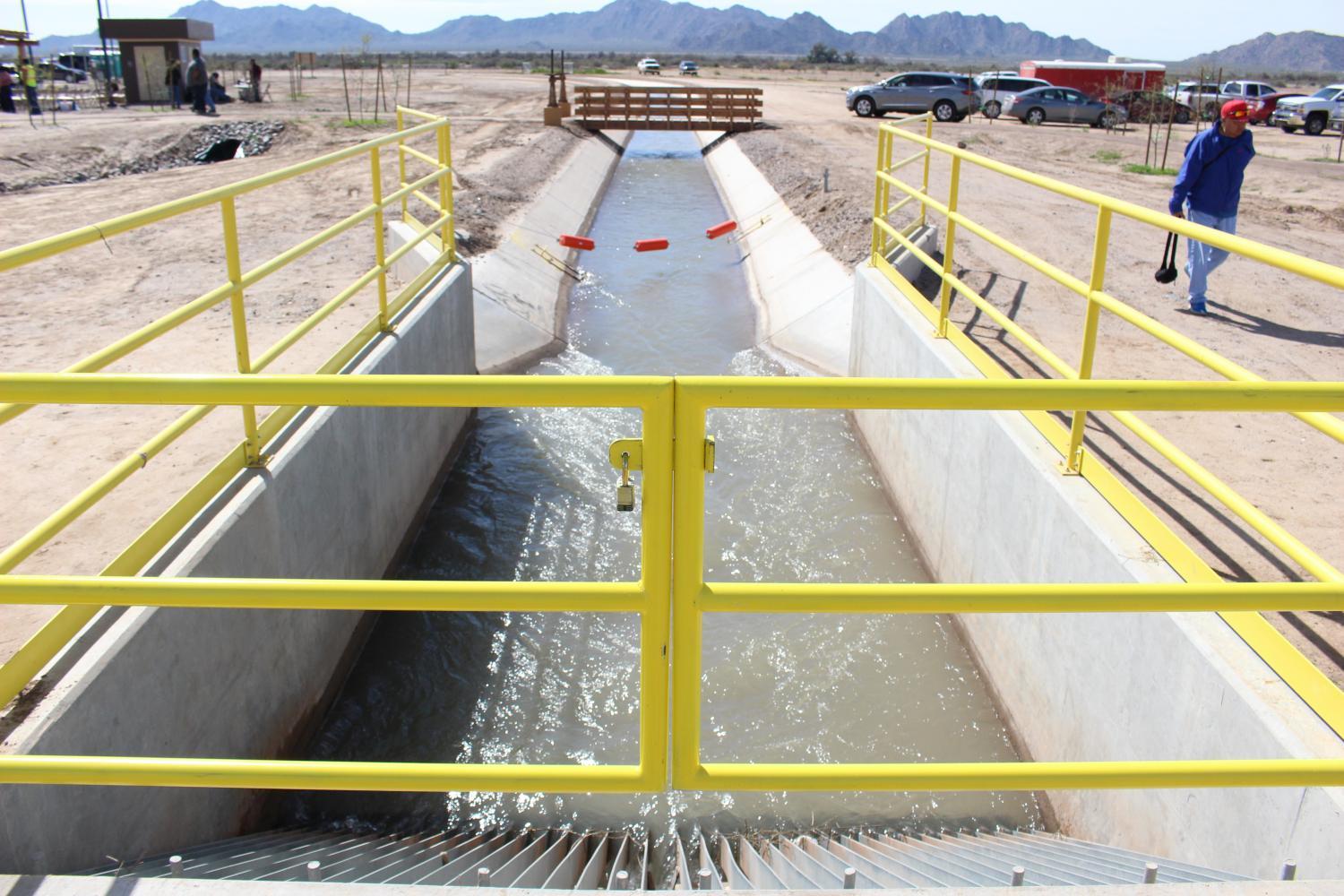 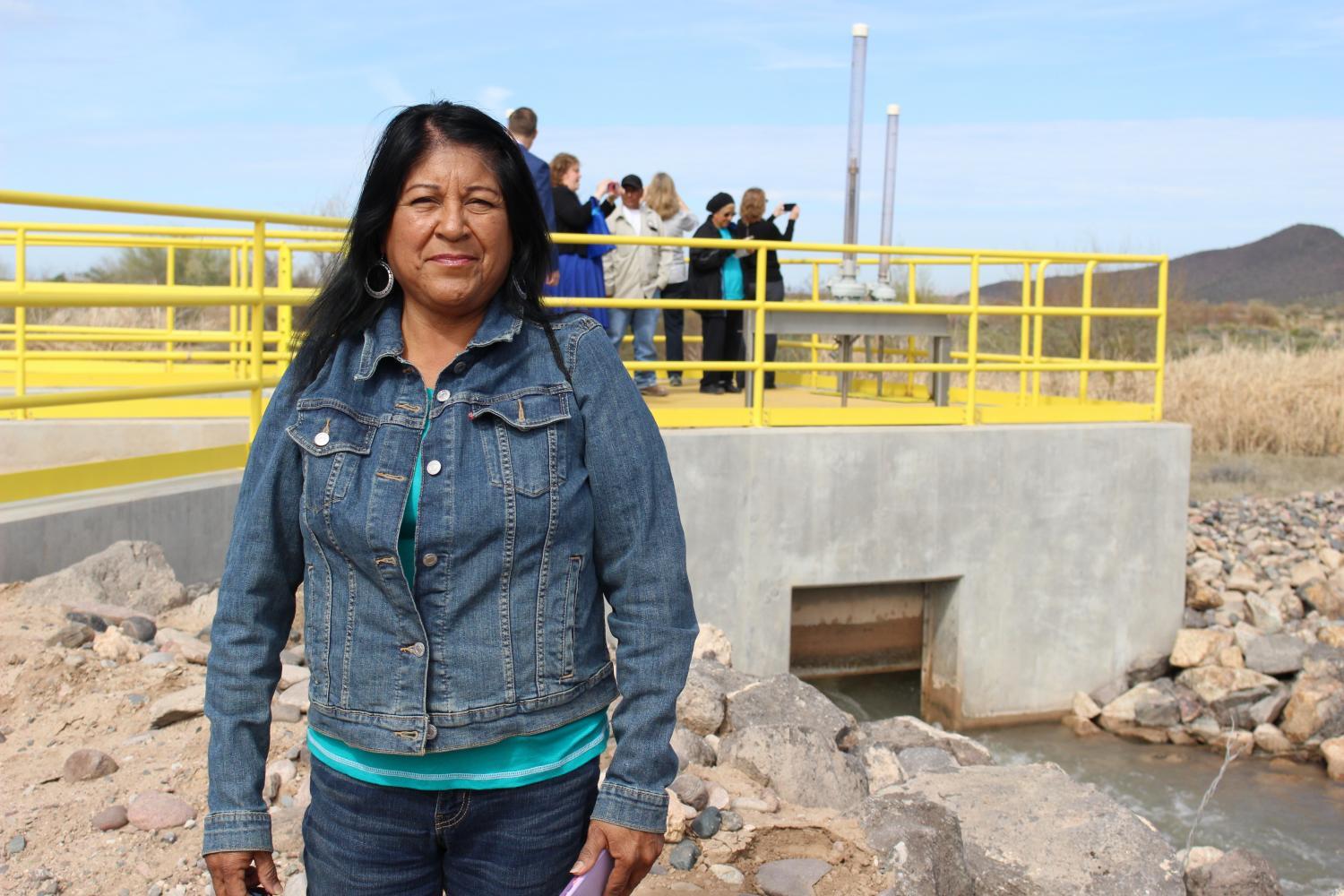 Bret Jaspers/KJZZ
Gina Enos is a farmer from Sacaton. "It means a lot to a lot of us," she said of the MAR-5 project.
Sustainability