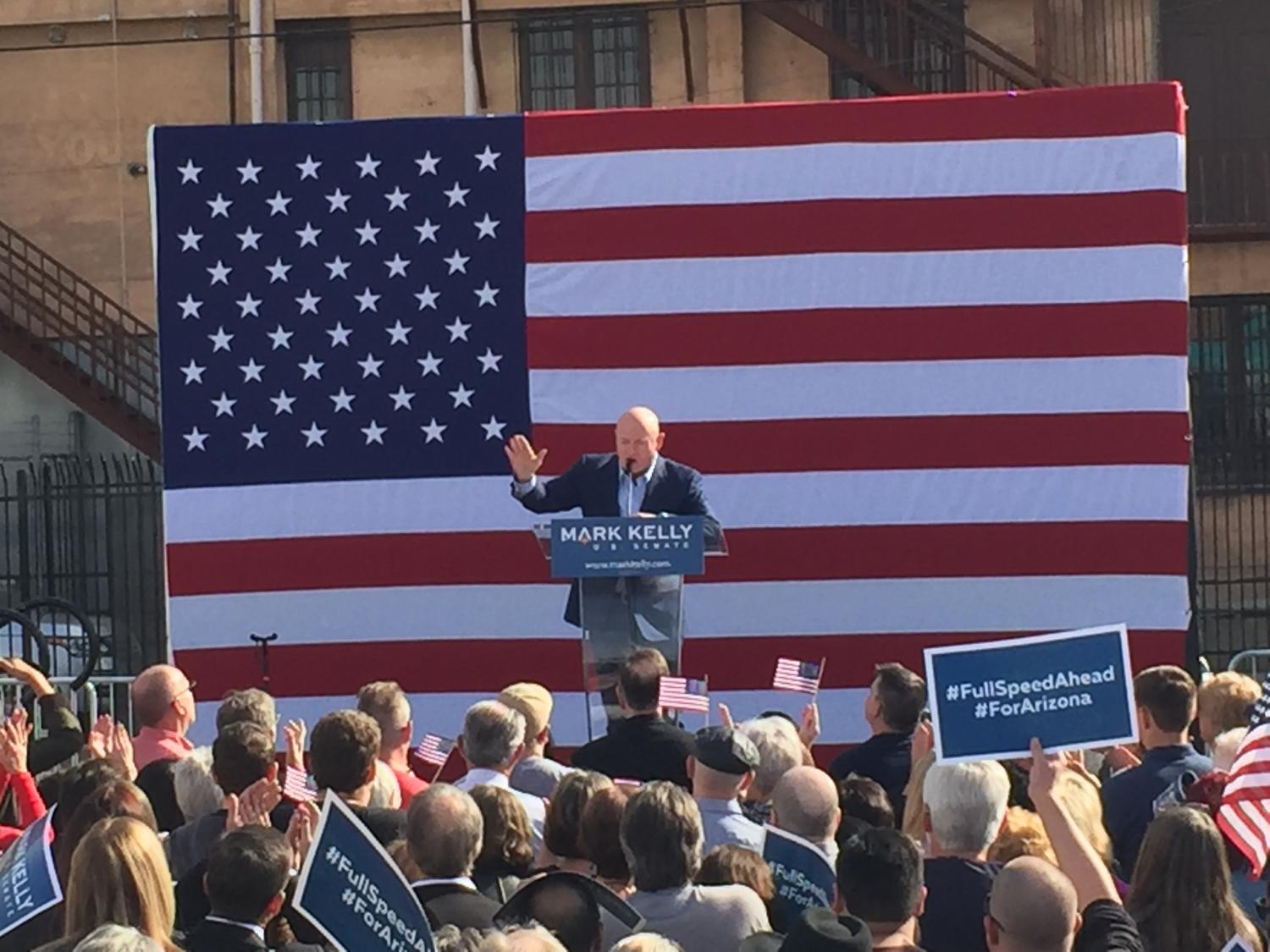 Retired astronaut Mark Kelly kicked off a "mission for Arizona" Saturday as he launched his U.S. Senate campaign with a rally in Tucson, the city where his wife, Gabrielle Giffords, survived a shooting when she was a congresswoman. That attack in 2011 led Kelly to leave NASA and become a political activist, pushing for gun control.

Kelly also held a campaign rally on Sunday in Phoenix at The Van Buren.

Sunday afternoon’s rally drew 750 attendees to downtown Phoenix, where the Navy combat veteran, encouraged them to join his campaign, with goals for reformed gun and environmental laws, health care and immigration.

Kelly said his campaign will not take money from political action committees.

“Our shared mission," Kelly said, "[is] a mission that puts independent leadership for Arizona above any political party, and it’s a mission that’s not going to be funded by corporate PACs, period. If you want to put people ahead of corporate special interests and lobbyists and get 'dark money' out of politics, we need you.”

Kelly, who has never held elected office, is the first Democrat to enter the 2020 race. The seat is now held by Republican Martha McSally, a former congresswoman and Air Force pilot who was appointed by Arizona's GOP governor after longtime GOP Sen. John McCain died.