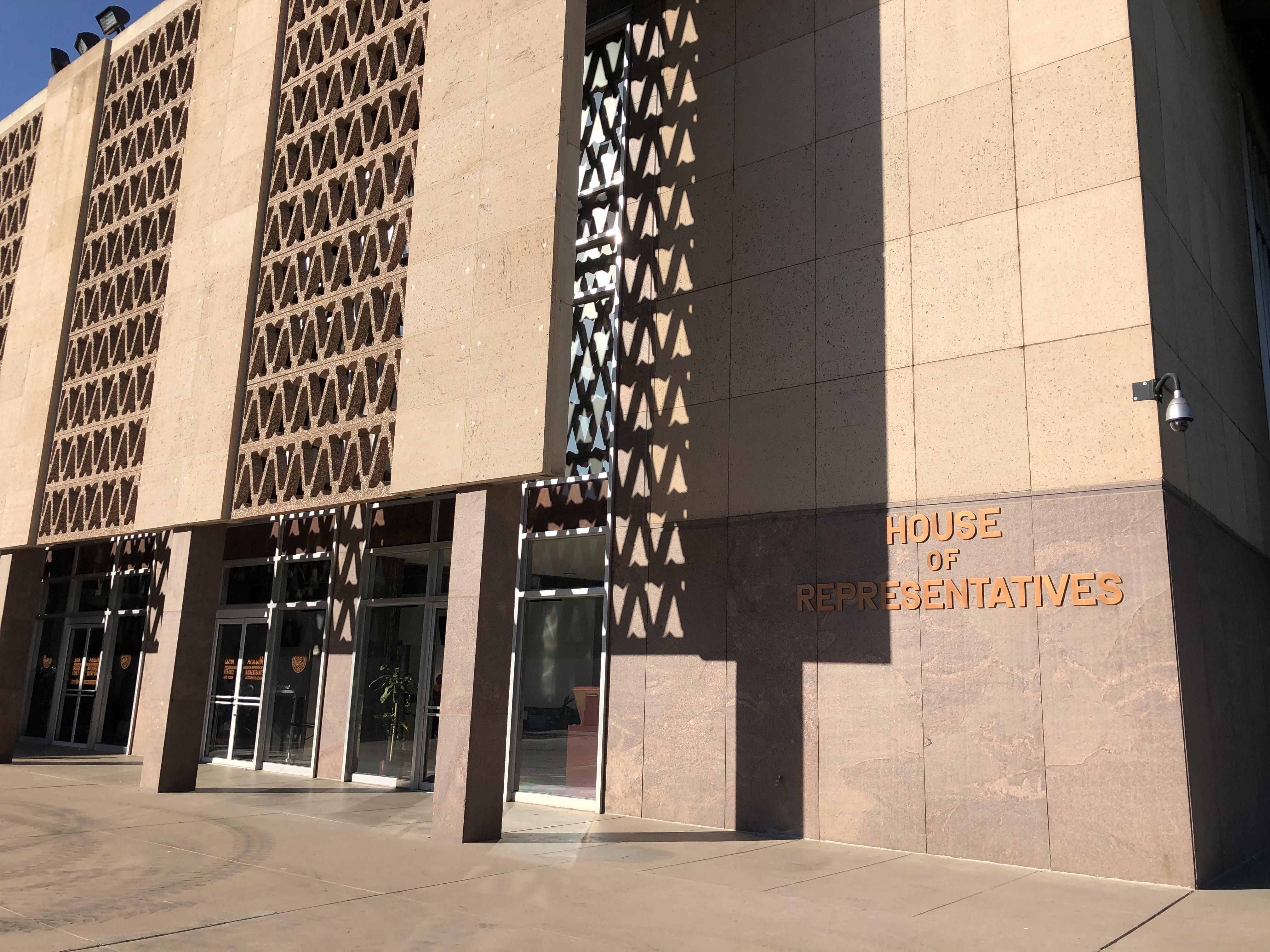 Mark Brodie/KJZZ
The Arizona House of Representatives building in Phoenix.

Sentencing reform legislation stalled in the Arizona House on Representatives on Wednesday.

After refusing to hear a bill that would have reduced non-violent offenders’ time in Arizona prisons by 50 percent, Rep. John Allen scheduled his own bill that would allow earned release credits for up to 25 percent of a sentence.

However, while chairing the House Judiciary Committee on Wednesday morning, Allen announced he would hold his own bill, effectively killing it.

Arthur Smith, who was formerly incarcerated, spoke out of turn at the hearing from the public seating area, inquiring about the fate of House Bill 2661. "When will you hear it? Will you hear it?" Smith asked.

Addressing Smith, Allen said he would not.

"I didn't have enough meat on the bones," Allen said of his bill. "I didn't specify what those programs would be and other things," Allen said, alluding to the treatment and educational programming inmates would have to complete to be considered for a reduction in their sentence.

Allen said a bill in the Senate might offer an opportunity for further action if it makes it to the House. "I thought if we could make some progress on some stakeholders meetings, we could perhaps strike it on there," Allen said. "So it's more procedural than giving up on the idea."

Allen said he would support earned release credits based on good behavior "but incrementally. I'm not sure we'll be able to achieve what you think we should be able to achieve this year," Allen said to Smith. "But we are making efforts in the direction of sentencing and recidivism and other things reform — though on a very mild scale."

Allen told the audience he had made up his mind about the bill 15 minutes before the hearing. He repeatedly apologized to reform supporters in the crowd, many of them formerly incarcerated, who traveled from across the state to speak.

Allen then changed course, calling the bill while pledging he would continue to hold it, and allowed five people to speak on its merits.

Carmen Hreniuc told the committee her son has not had enough programming options during his incarceration in an Arizona prison.

"Having an opportunity to earn more credit is going to bring hope to this inside and outside," she said.

Gina Roberts said she wanted to speak for all the inmates that would not be affected by what she called a "limited" bill. "One of these inmates is my husband," Roberts said. "He is a non-violent offender, but would be excluded by the bill. He's just asking for hope and a second chance."

On Tuesday, Brauer, who was formerly incarcerated, said she hoped more people would have the opportunity to rehabilitate themselves.

"And the incentive to return home to their families and communities," Brauer said. "Hope is what inspires change and change is what we all want for these people that are stuck in the system.”