After Years Of Hiring, Why Isn't The Phoenix Police Department Fully Staffed? 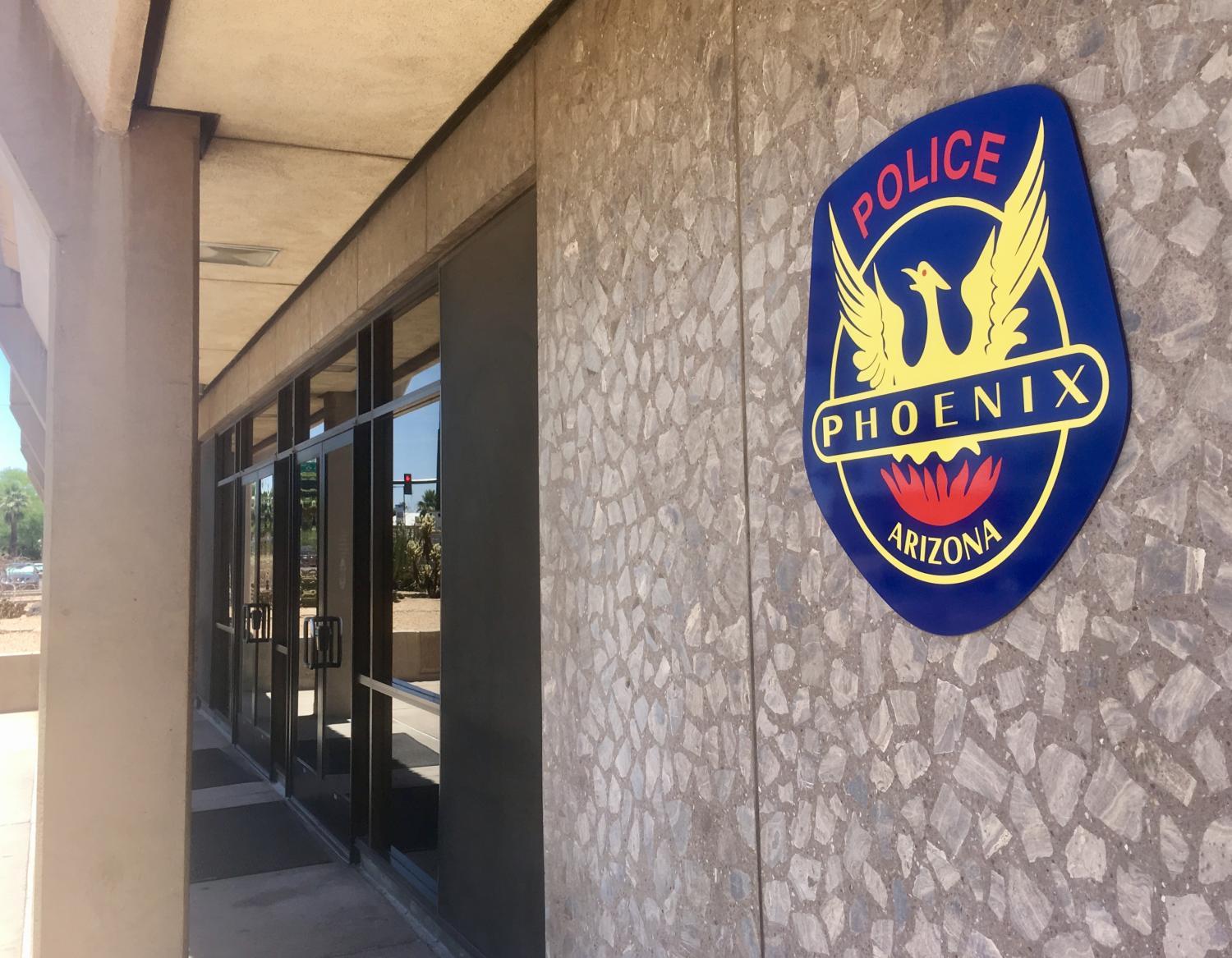 Christina Estes/KJZZ
The Phoenix Police Department hopes to have 3,125 sworn officers by summer 2019.

→ What Does The Phoenix Police Union Want In A New Contract?

It’s become a routine comment at public meetings in Phoenix: calls for more police officers. The city has been hiring since 2015, but still hasn’t reached its goal. So, what are the challenges? And what’s the department doing to get more cops on the street?

On a Friday afternoon in February, about 250 people filled a lecture hall at Grand Canyon University to take the Phoenix Police Department’s written exam.

“It was kind of nerve racking,” said Jaclyn Ravelo.

She remembers the feeling. Ravelo took the test two years ago.

“I had no idea what I was really getting into,” she said. “I just wanted some excitement.”

Before becoming a cop, Ravelo served in the Marine Corps for eight years and then spent four years as a stay-at-home mom.

“For me, it’s kind of like being in the military again, but more fun,” she said with a laugh. “You get the camaraderie again. It’s a huge family for me.”

“Three thousand one hundred twenty-five is what we’re hoping to achieve by this summer,” said Sgt. Mercedes Fortune.

It’s her job to help Phoenix get to 3,125 officers. In January, she became a recruitment sergeant. It’s a new position created by Chief Jeri Williams who moved the recruitment unit directly under her office.

“If you want to make something important you have to put your money where your mouth is,” Williams said.

There was no money to hire officers for more than six years. And people kept leaving — they quit, got fired and retired. Just keeping up with attrition means adding about 200 officers a year.

Law enforcement agencies across the country are struggling with the same issue: finding qualified applicants willing to put their lives on the line when they are so many less dangerous jobs out there.

Sgt. Mark Post and his team get involved with applicants after they pass the written exams. They take applicants through the process and conduct the background investigation.

“Nobody is perfect, and we let every applicant know this,” Post said. “There’s going to have been indiscretion in your life. The most important thing is can you demonstrate the integrity to talk to us about that indiscretion in a time where it’s now a time to be accountable, it’s time now to be honest, and it’s time now to be transparent because you’re going to discuss this in the privacy of the office where it doesn’t leave these walls.”

Phoenix requires applicants to complete the AZPOST (Peace Officer Standards and Training Board) background packet which includes some automatic disqualifying behaviors. When it comes to illegal drugs, AZPOST says an applicant may not have used drugs other than for “experimentation”. The rule defines experimentation by age and number of uses with different time limits prior to application for illegal marijuana use and narcotics.

Last summer the department changed the order of the hiring process — the physical aptitude test was pushed back and the background interview and polygraph were moved up.

“If you can come through and you can give us, you’re a good person, you have a good background and you really have this desire and you just have to work at your physical fitness, OK, well, that’s great,” Post said. “Then let’s put you through our physical agility assessment and see what areas you need to work on.”

The department says 85 percent of applicants pass the written exam, but only about 25 percent make it through the whole process. That includes the physical test, background investigation, polygraph, medical exam, controlled substance test, and psychological test.

“You’re given the public’s trust, OK?" Post said. "Go and make sure that I’m safe in the middle of the night when I’m asleep or when my kids are asleep and I’m at work. You’re being given immense responsibility and I think this process is definitely fair to be able to wear that burden of the public’s trust.”

"I remember seeing a person that looked like I did," she said. "It gives you hope to know that you could actually attain that goal. It's important for us to push that."

As of Dec. 7, 2018, the department reported these demographics:

As of Dec. 31, 2018, the department reported these demographics for new recruits and lateral hires:

As a recruiter, Fortune is especially interested in reaching the next generation.

“What do they want their police department to look like?” she said. “I always tell younger people, ‘You are that change’. You are the person that could really have a say in what you want to see police officers become or do within your community.”

Diversity goes in the other direction, too. Sgt. Post said there’s no age limit for rookies.

“We see people that are coming in for their second careers,” he said. “People that have worked professions where they’ve been like, after 15 years of being in management, I realized I’m not making a difference in this world, and I need to show my kids and myself and my family and my world that I can make a difference.”

When describing her daughters’ reaction to her job Officer Ravelo said, “They love it.”

She admitted there are times her kids would rather she stay home in Gilbert than drive to Phoenix to work overnights, but Ravelo thinks the commute will pay off.

“You know, more options as far as promotions or different specialty details,” she said. “I just think there’s so much more you can do within Phoenix police than, say, other departments.”

It’s another selling point used by recruiters: Phoenix has more than 80 specialty details. Officers and civilian employees attend community events throughout the year to promote the department and encourage people to apply. Phoenix also advertises in other cities and Fortune is working to grow the department’s presence on social media platforms.

Christina Estes/KJZZ
To keep up with attrition, the Phoenix Police Department needs to hire about 200 officers per year.

Williams determined an optimal staffing level would be 3,650 sworn officers. Covering the positions, vehicles, equipment, support staff, and additional ancillary expenses is estimated to cost between $141 and $156 million.

To get there, Phoenix will keep offering written exams. Three more are scheduled in March.

→ What Does The Phoenix Police Union Want In A New Contract?