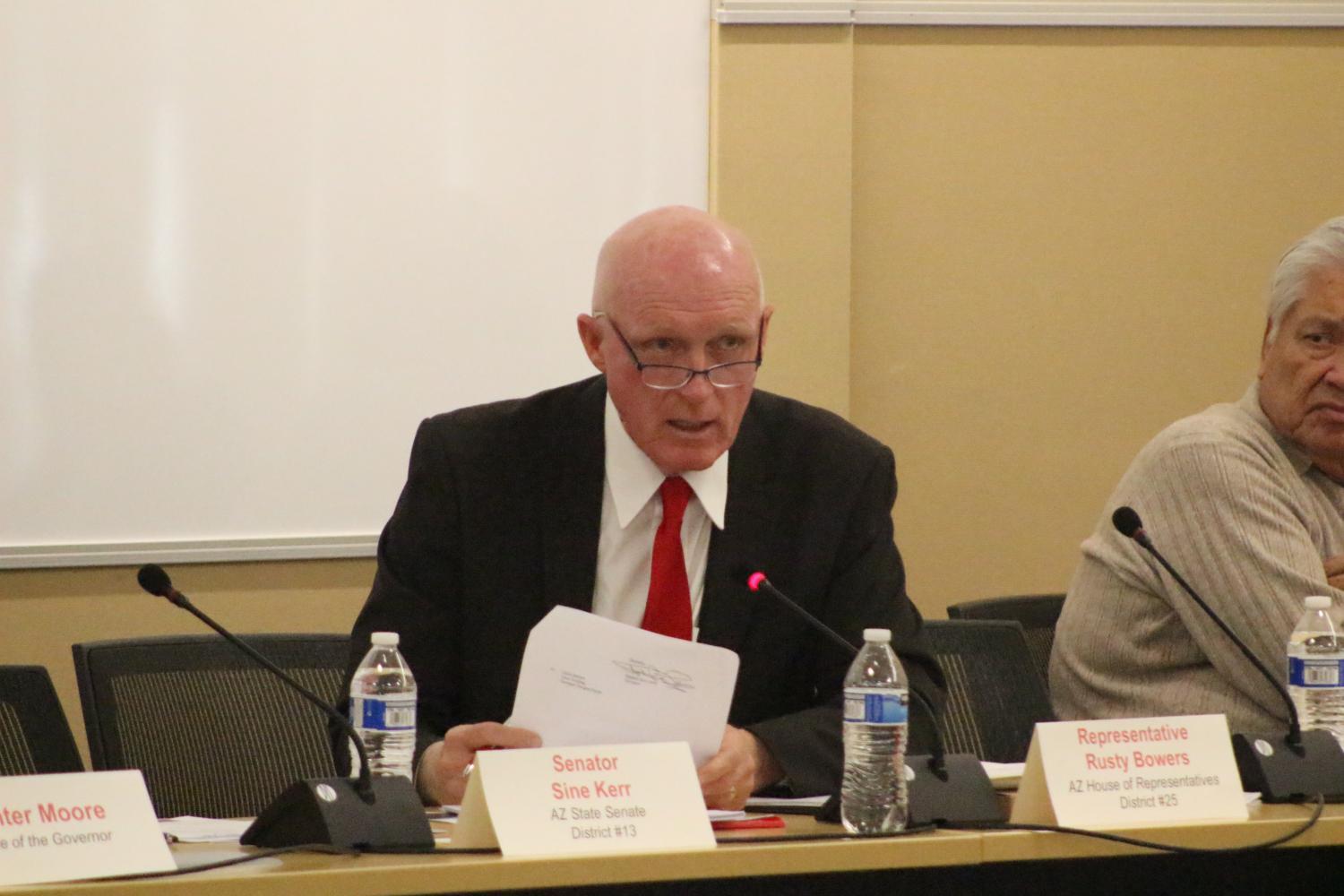 Arizona House Speaker Rusty Bowers (R-Mesa) on Tuesday said he would not advance his repeal of Arizona’s water forfeiture law. The bill has led the Gila River Indian Community to threaten to pull out of the state’s drought plan for the Colorado River.

Bowers acknowledged there may be legal problems with what he is trying to do.

“I am more sensitive to the issue of interference with litigation currently within the legal system,” Bowers said in a press release, referring to the effect his bill may have had on the General Stream Adjudications, a decades-long court process to settle water rights claims for many Arizona rivers. “I do not want any undesired or unintended consequence that could be interruptive.”

He also said the deadlines facing Arizona for the Drought Contingency Plan (DCP) on the Colorado River led him to hold the bill, House Bill 2476. The legislation would have repealed the law stating that if a water rights holder does not put its water to use in five consecutive years, the water right is forfeited.

Bowers’ decision, however, came only after some angry statements during a committee meeting in the House. He accused the tribe of "vengeance'' for pursuing the water rights claims he hoped his legislation would extinguish.

At the hearing, farmers from the Morenci area in eastern Arizona testified that they were victims of the tribe’s enforcement of its rights as a downstream user of the Gila River and a party to a federal water rights settlement.

“I urge the people on this committee to consider doing away with the forfeiture law,” said Levi Harrington of Duncan. “Through these laws, they tie our hands to where we no longer have the right to farm.”

Don Pongrace, an attorney for the Gila River Indian Community, pushed back on the notion that these were simply lands that hadn’t been farmed in five years. Some of the disputes have been over upper Gila valley farmers irrigating land that did not have an attached water right to begin with. 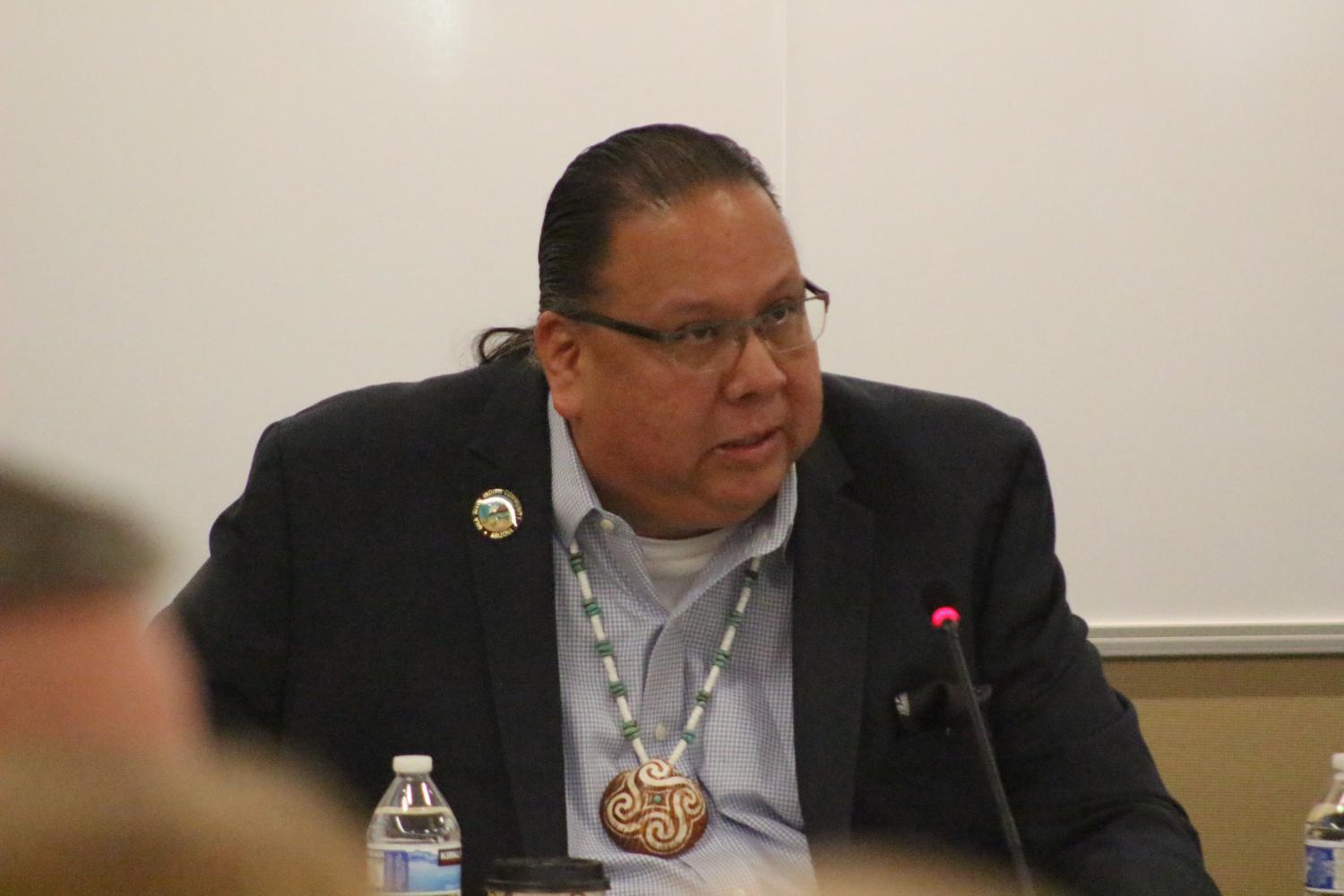 The Gila River Indian Community has been a key player in the Drought Contingency Plan for Arizona, a complicated agreement to sell and store water in order to prop up Lake Mead, the Lower Basin’s main reservoir. Arizona’s DCP plan also tries ease the pain of some users whose low priority makes them the most vulnerable to cutbacks in deliveries from the Colorado River.

The participation of the GRIC, with its substantial water entitlement, was necessary to get a DCP other parties could live with. After the final meeting of the Drought Contingency Plan Steering Committee, also on Tuesday, officials from the state Department of Water Resources, the Central Arizona Project, and Governor Doug Ducey’s office all indicated the plan could not exist without the tribe’s participation.

Ducey himself has stayed out of the dispute over HB 2476, declining to publicly say whether or not he would veto the bill if it arrived on his desk.

Last week, Rep. T.J. Shope (R-Coolidge) posted on Twitter that he would not support the bill. This was significant because Republicans in the House have a slim majority over Democrats, 31 to 29.

“The problem with relying on a vote count is, it doesn’t count until a vote is taken,” Pongrace said.

GRIC Gov. Stephen Roe Lewis told Capitol Media Services late Tuesday that the decision by Bowers to withdraw his bill is not enough for him to now ratify the deal. He wants some firm assurance that the proposal — or some variant — will not come back, ever.

But here's the problem.

The legislative session is expected to run through at least April, if not beyond, giving Bowers the opportunity to resurrect the plan. And Bowers, in his statement, said he will continue to pursue a remedy he said will help hundreds of farmers in the upper Gila valley — if not more statewide — avoid having their water rights extinguished.

At the same time the Bureau of Reclamation has given all the states in the Colorado River basin until March 19 to finalize their plans and approve the multi-state DCP.