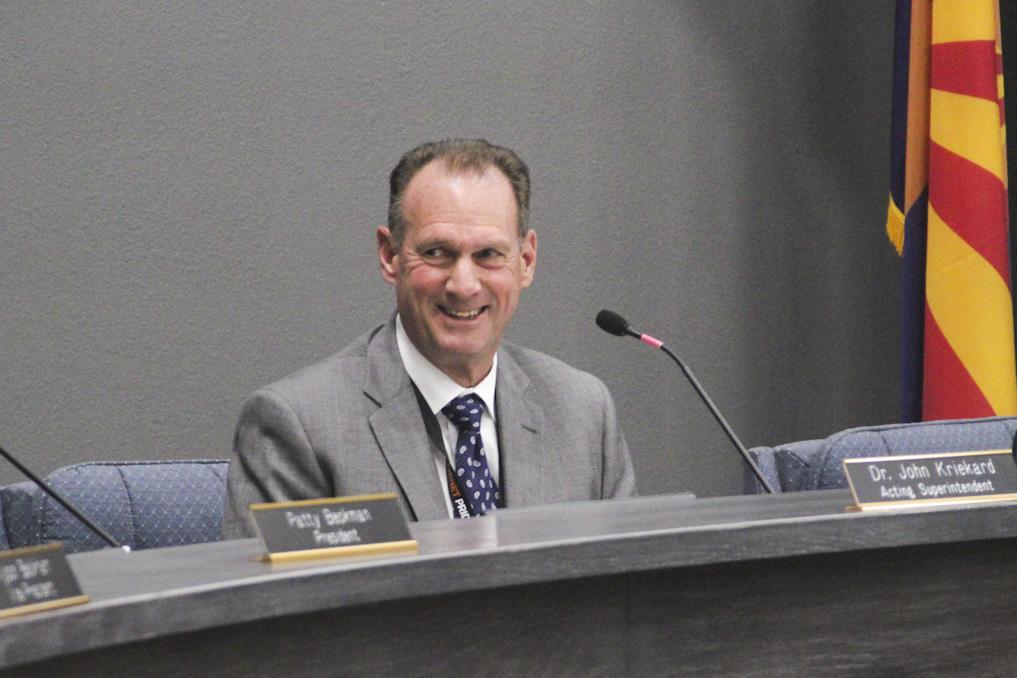 The Scottsdale Unified School District has a new leader.

Interim Superintendent John Kriekard’s face broke into a grin as the governing board voted unanimously to  extend his contract to 2020 on Tuesday night.

Dozens of educators in the audience clapped and cheered.

Kriekard is a longtime school administrator and had previously worked in the  Scottsdale district almost two decades. He came out of retirement for the third time to lead the district.

“Even though I won’t be in retirement ground on the golf course I will be here enjoying the work here because in the end what we do here is important,” Kriekard said.  “The education of young people is one of the most important things we can do in our lives.”

Kriekard said he looks forward to helping boost the district’s academic achievement and curriculum in science, technology, engineering and math.

In the past year, several top administrators, including the last superintendent were forced out of the district following controversy surrounding school construction projects.

The Arizona Attorney General started an investigation in December 2017 and has since indicted the former district chief financial officer on counts of fraud and conflict of interest and reached a settlement with the firm involved in the projects.

“The next thing is creating a stable environment where it is constantly about education and the parents know that, the patrons know that and...they also know that we’re being responsible with the taxpayers’ money,” Kriekard said.

Kriekard’s contract goes until 2020, the the district will presumably search for another leader. KJZZ requested Kriekard’s new contract and it was not immediately available.

The Governing Board considered offering Kriekard the Superintendent’s job in a December executive meeting, but ultimately waited until members elected the previous month could be a part of the decision.

“The superintendent search did not meet our expectations,” said then board President Barbara Perleberg.