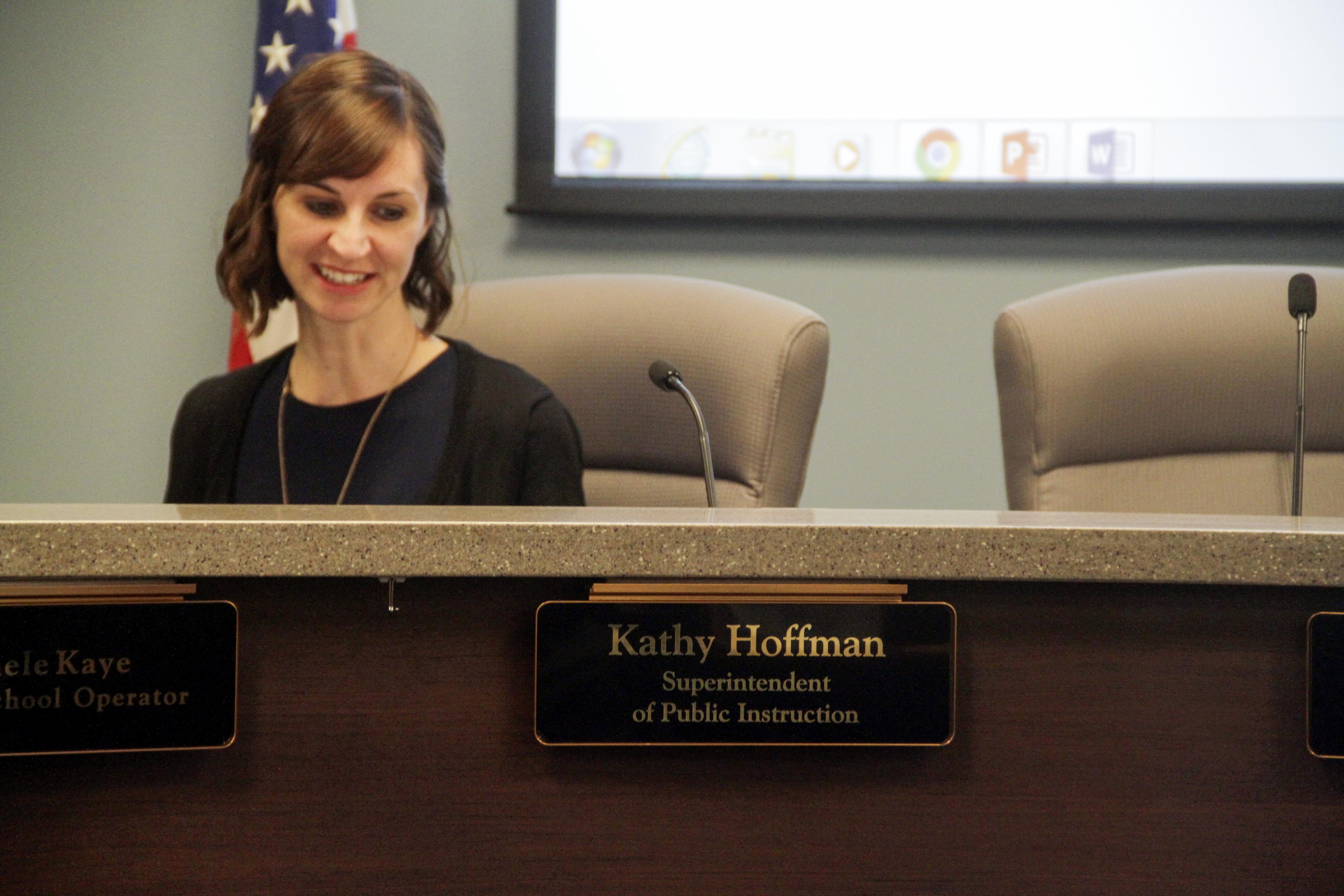 Mariana Dale/KJZZ
Arizona Superintendent of Public Instruction Kathy Hoffman holds a seat on the Arizona State Board of Education on Feb. 4, 2019.

Hoffman is a former Arizona teacher and speech therapist and the first Democrat to hold the role since Diane Bishop left office in 1995.

Here’s how she described the responsibility of the top public schools job in the state.

“I hold myself accountable for every Arizona child’s success, whether they attend a district or a charter school.”

Here are a few of the major topics she addressed:

“Arizona’s teacher shortage is nothing short of a crisis,” Hoffman said. Almost a quarter of teacher vacancies in Arizona were unfilled at the start of this school year.

‘We must also look at improving their benefits including paid maternity leave and paternity leave or even housing subsidies,” Hoffman said. 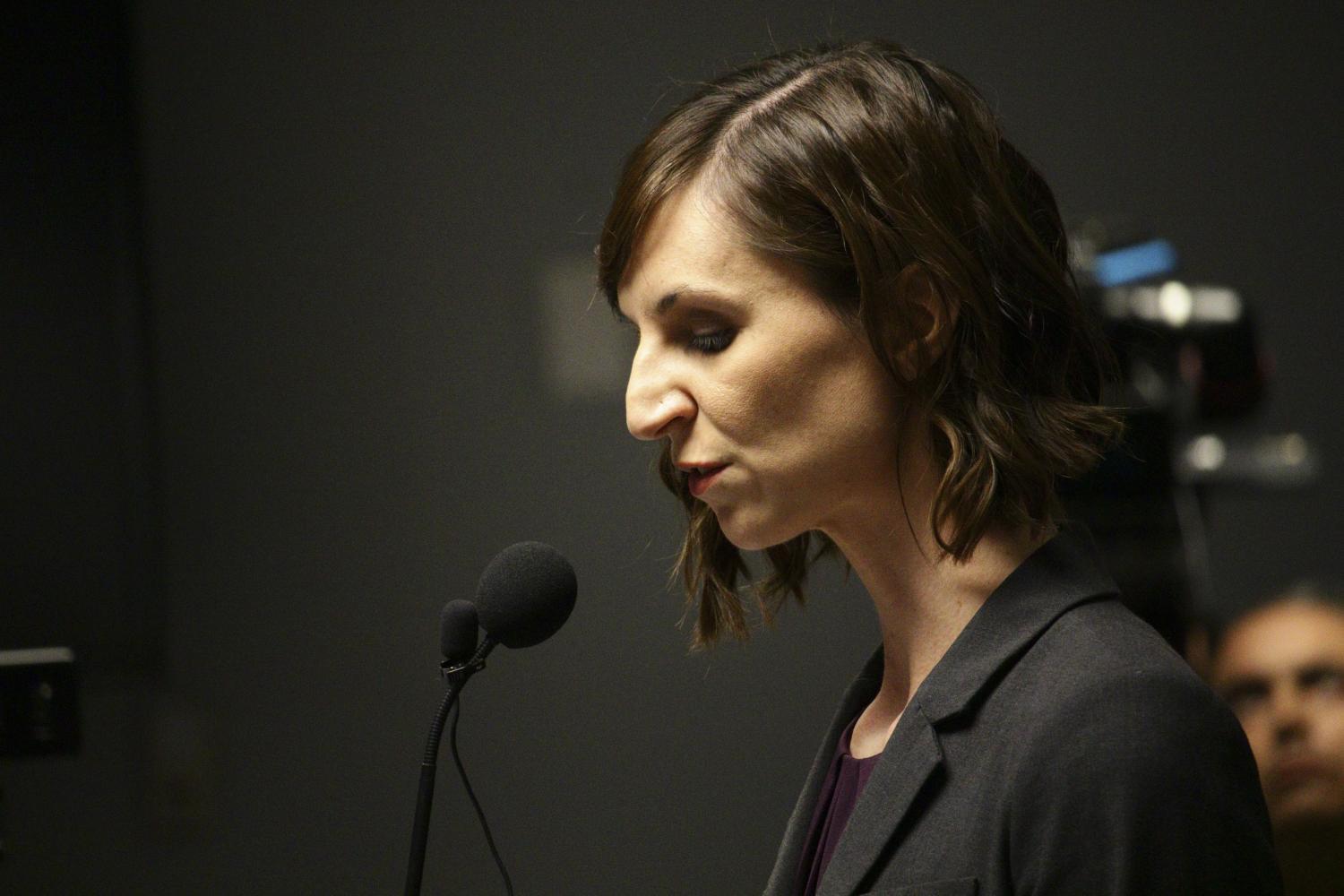 Where’s the money for these teacher incentives going to come from?

Hoffman spoke directly to the lawmakers sitting in front of her.

“Raises for all of the talented, passionate employees who teach our kids can only be done with a dedicated, sustainable funding source,” Hoffman said. “Something that you in the Legislature can accomplish.”

A bill in the Senate would let voters decide on a sales tax increase in 2020.

As for last year’s promise of 20 percent raise for teachers by 2021, Hoffman says it’s a “good start,” but that it isn’t enough because it doesn’t include special education teachers and support staff like counselors and paraprofessionals.

“The main purpose of charter schools should be to educate our children, not to profit at the expense of our communities,” Hoffman said.

That seems like a a nod to a lot of reporting done by the Arizona Republic reporter Craig Harris who found school executives making millions for running a school with the third highest dropout rate in the state and financial issues at dozens of charter schools.

Hoffman said she looks forward to proposals from both sides of the aisle and a “spirited debate.” 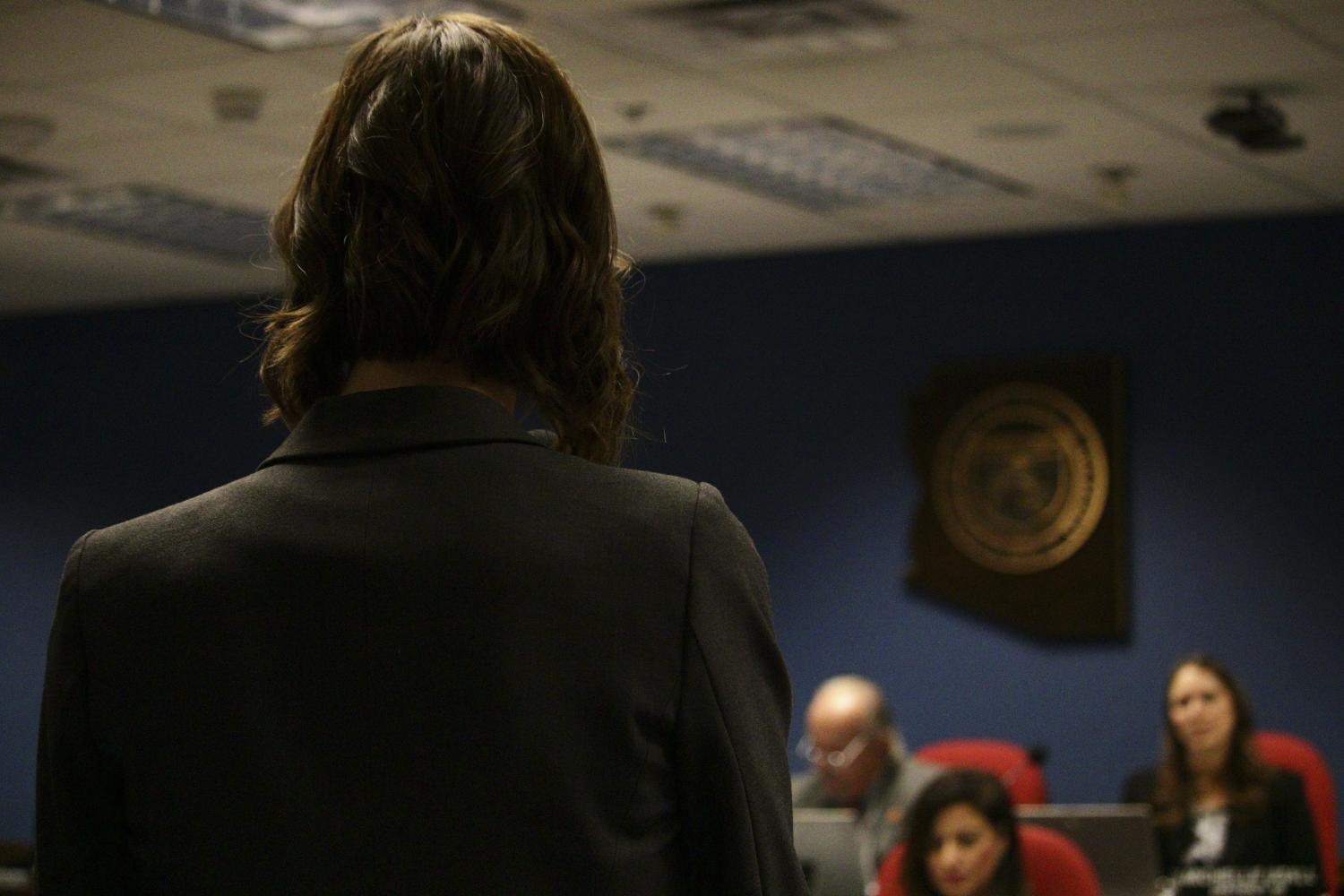 Hoffman said she supports bills being fast-tracked in the House and Senate that would give schools more freedom to teach English Language Learners.

Another bill in the Senate would repeal the state’s so-called “no promo homo” law. Senate Bill 1415 had its first read in that chamber Tuesday.

Arizona is one of seven states where it’s illegal for Arizona schools to portray homosexuality as a positive alternative lifestyle. LGBTQ Rights groups like GLSEN have pushed back on laws like these saying they are discriminatory.

“This policy is not just outdated, it has always been harmful and wrong,” Hoffman said.

Hoffman said she’s spent the last month getting to know the job, talking to stakeholders and lawmakers.

One concrete action she’s taken is an audit of the Arizona Department of Education.

“This audit is not meant to be punitive — it is a tool for holding me accountable to my constituents,” Hoffman said.