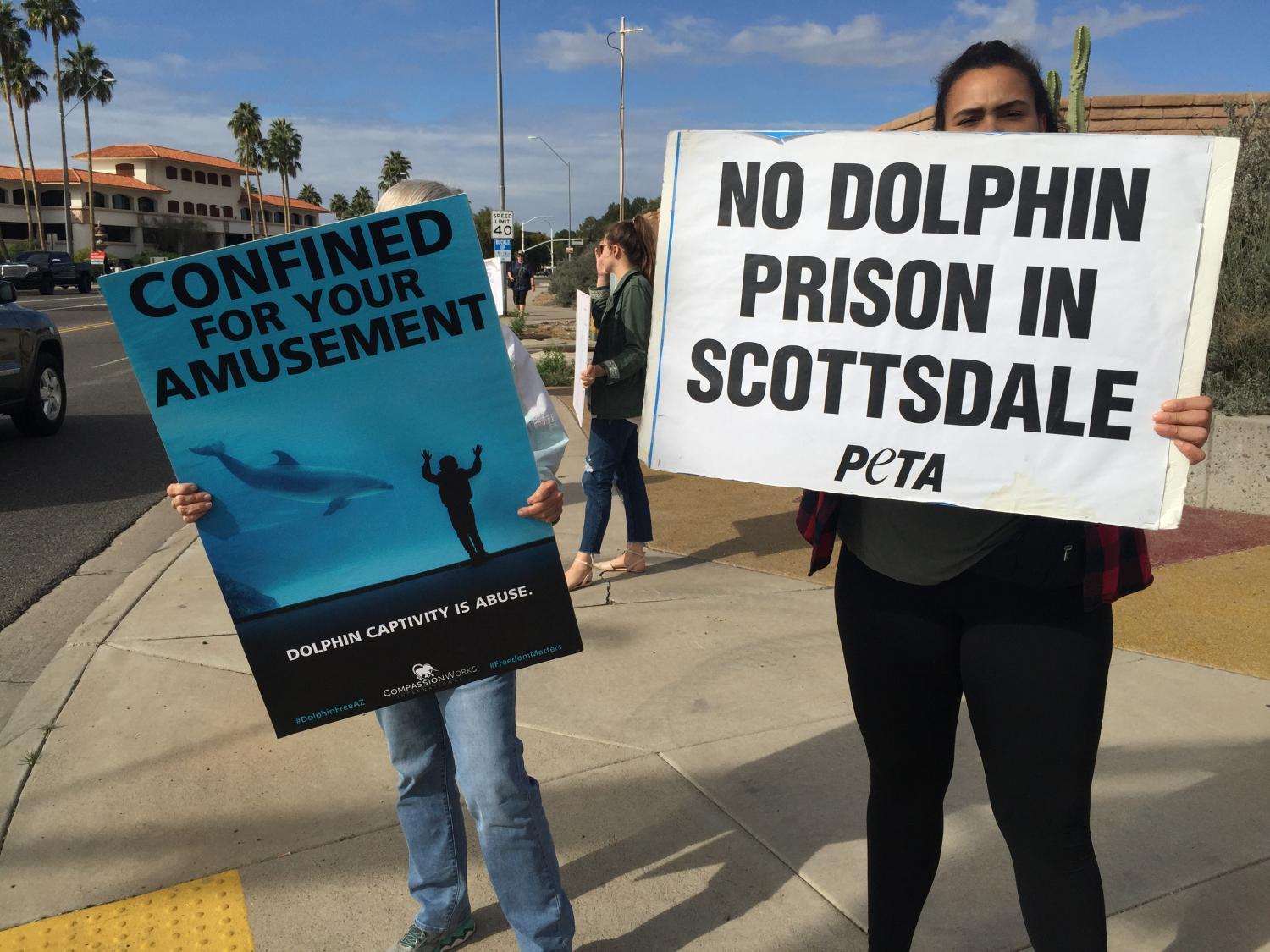 Backlash continues after a fourth dolphin dies at Dolphinaris near Scottsdale since the attraction opened in 2016.

Dozens of protesters gathered Saturday morning near Dolphinaris, where the 22-year-old dolphin, Kai, was euthanized Thursday after showing signs of illness.

Danielle Riley was one of the protest’s organizers, and chair of activist group Plea for the Sea. She said she wants Dolphinaris to close and for the attraction's remaining dolphins to be freed.

“These are highly intelligent mammals that suffer dramatic costs in order to be in captivity,” she said.

Ric O’Barry’s Dolphin Project is an organization dedicated to dolphin welfare. Ric O’Barry was the dolphin trainer on the TV show “Flipper.” The group flew a banner reading “Dolphinaris: Why are four dolphins dead?” over this weekend’s Waste Management Phoenix Open. O’Barry’s son, Lincoln, is a volunteer for the group. He says the banner was planned before last week’s death.

“Basically everything that we’ve learned from keeping them in captivity is dolphins don’t belong in captivity. These are large-brained, highly gregarious sonic creatures that live in a world of sound," said O’Barry.

Patricia Cady is the co-founder of Dolphin Free AZ. She said her group also wants the remaining four dolphins to be freed.

“We are also asking that these dolphins be sent to a proper facility," Cady said. "A sanctuary where they can live out the rest of their lives without being exploited.”

Dolphin Quest, the company responsible for loaning the mammals to Dolphinaris Arizona, announced Saturday it has terminated its contract with the attraction, citing concerns for the dolphin health.

Jen Smith is a spokesperson for Dolphinaris. She said the facility is taking extra measures to monitor the health of their other dolphins.

“We are engaging a team of external animal care experts to supplement our evaluation of our water,” Smith said.

Investigations are underway into finding the cause of Kai’s death. The Animal and Plant Health Inspection Service, part of the U.S. Department of Agriculture, said officials are aware of Kai’s death and are “working on the next course of action.”