Arizona is already getting a taste of the 2020 presidential race.

On Wednesday, Starbucks founder Howard Schultz visited Arizona State University to discuss his new book and why he may run for president.

Schultz talked up his new book, which reflects on his childhood — growing up in subsidized housing in Brooklyn — and how he went on to build a global coffee empire.

Speaking with ASU president Michael Crow, Schultz discussed the broken state of politics and criticized President Donald Trump for his tweets and handling of the economy.

Schultz also doubled down on the idea of running as an Independent.

“If I were to run for president as a Democrat, I feel that I would have to be disingenuous and say things I don’t believe are true,” Schultz told the audience. “The Democratic Party has moved so far to the left.”

The billionaire also pushed back against criticism that he could be a “spoiler” who siphons votes away from Democrats, causing Trump to get re-elected.

“I want to work very hard to do everything I can to remove him from office,” Schultz said. “In the last 30 years, most presidential elections have been decided by about eight to 10 battleground states. Should I run for president as an Independent, all 50 states would matter.”

KJZZ's Will Stone was there at the event and joined The Show to talk about what he heard. 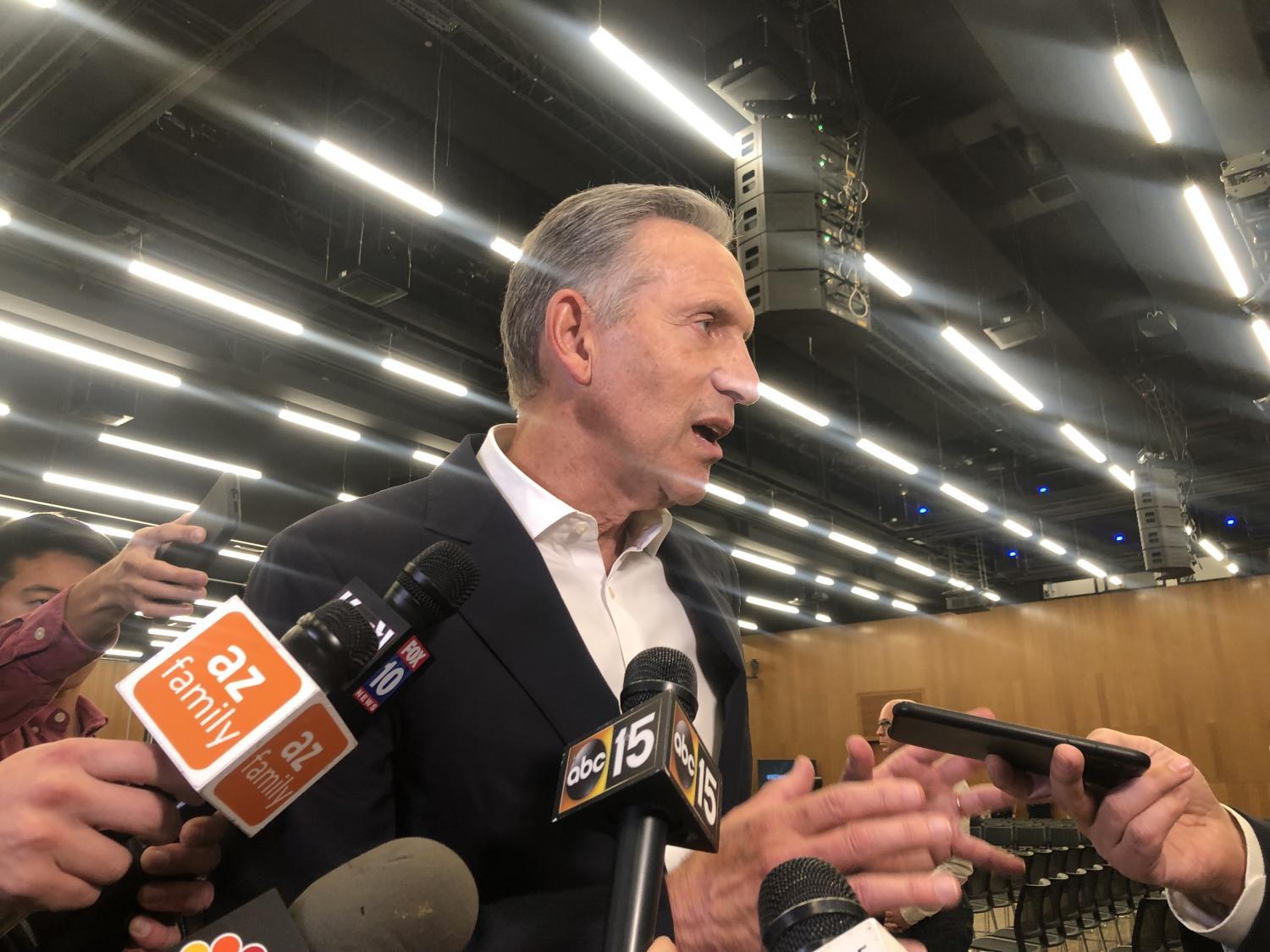