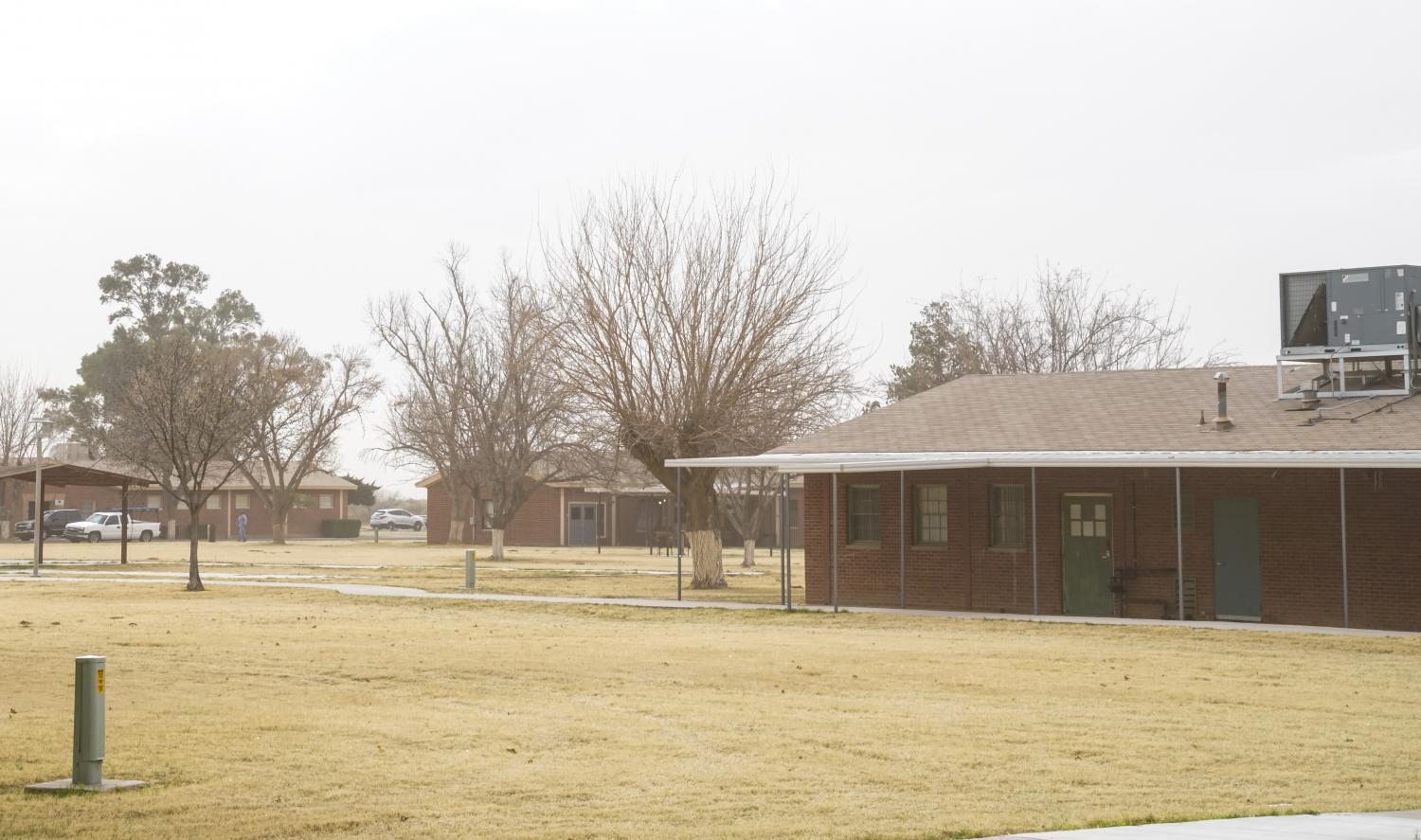 Last week, a man was arrested in connection with the alleged rape of a 29-year-old woman at a Hacienda HealthCare facility in Phoenix. But the story of how Arizona cares for its most vulnerable is hardly over, including at the state’s oldest institution for people with intellectual and developmental disabilities.

It takes about an hour to drive from Phoenix to the town of Coolidge, and, once you’re there, another five minutes or so to travel the entire length of the town.

Deb Henretta’s brother has lived there since his brain was injured in a car accident at 16. Today he’s past 70, and Henretta says her brother considers his unit at Coolidge home.

"There's eight men that are there. All of them I believe have been there for over 40 years," said Henretta. "So they're like brothers, they spend their evenings together, having dinner, watching movies."

The state-of-the-art facility made the front page when it opened in 1953. By the 1970s, more than 1,000 people crowded into the brick buildings, and poor conditions led to a lawsuit and reform. Today, Coolidge — like the better-known Hacienda — is called an intermediate care facility.

Programs like these have been criticized for being outdated and isolating warehouses, particularly when located outside of metropolitan centers.

"They've tried to close the place over and over again," Henretta said.

"They've tried to close the place over and over again."
— Deb Henrett

Coolidge is, quite literally, a dying institution. For years, state lawmakers have tried to close it and — for now — a compromise will wait until the last resident dies. All are over 65; many have lived there most of their lives.

"We absolutely appreciate what the staff at the facility do for the residents who live there," said Jon Meyers, executive director of the Arc of Arizona.

Henretta’s brother likes to play checkers and still remembers the Brooklyn Dodgers fondly. She’s been his guardian since their mother died 20 years ago, but she lives and works in the Valley.

Federally contracted investigators visit Coolidge about once a year.

Between 2014 and 2017, they noted an incident in which an employee took a cellphone picture of a resident who was unclothed. Inspectors also questioned feeding protocol. Some residents were seated in the dining room facing the wall or not given the proper utensils.

And a caregiver was fired after a co-worker reported in 2015 that he kissed a female resident and reached up under her shirt and touched her breast. The caregiver pleaded guilty to one count of attempted sexual abuse.

Some advocates say it’s time for Coolidge to begin the process of closing now.

Patrick Bryant
A resident's bedroom at the Arizona Training Program.

"There's a time for all things to change and this is the time for the circumstances at Coolidge to change," said Meyers. "It's the opinion of most people in the disability movement, that individuals flourish when they are allowed to integrate into larger communities."

Some are happy with the compromise to close after the last resident passes away. Will Humble is the former director of the Arizona Department of Health Services. He now runs the Arizona Public Health Association.

"I think the state has come up with a reasonable accommodation," said Humble.

Humble also has a personal connection to the story — a 23-year-old son who has Down syndrome.

If Humble’s son had been born in the 1950s, he likely would have been sent to live at Coolidge. Instead, today, he lives with his parents in Phoenix and recently finished high school.

And where does Humble’s son want to live?

That’s not feasible, Humble admits, although he wouldn’t mind. But he knows he and his wife won’t be around forever.

"We’re looking at having a residential option for him which will start part time. There’ll be a bunk bed in there. One for me. And so we’re going to start slowly, but if you ask him, he wants to stay in his room for the next 100 years."