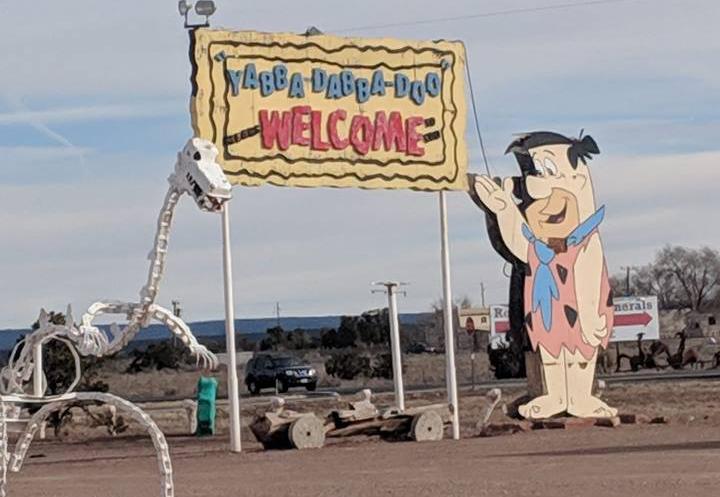 Allyson Bradley
The entrance to Flintstone's Bedrock City in January 2019.

The roadside attraction closed for good over the weekend. Bedrock City, located about half an hour from the Grand Canyon’s South Rim on Arizona State Route 64,  welcomed visitors for more than four decades.

The 30-acre property near Valle, Arizona, had been up for sale for several years. On Friday, a new owner is set take over the land.

A park spokesperson said Monday there will be a new attraction built on the land upon new ownership, but declined to go into detail on what’s next for the site.

Linda Speckels and her late husband, Francis, purchased the property in 1972. Francis Speckels worked as a government contractor and partner in the original Bedrock City theme park in South Dakota before building the second Arizona-based park.

Bedrock City’s sister property in Custer, South Dakota, operated by Joe Speckels, a relative of Linda Speckels, sold for $1.5 million to Custer Hospitality LLC and closed in 2015, according to a Cronkite News report.

Amy Edelen of Cronkite News contributed to this report.